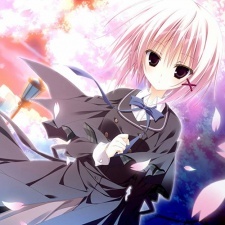 Togata- Sep 18, 2017 12:32 AM
I also thought Daiya as a character was better than Kazuki. I thought chekov's gun was used fine, problem is its too subtle which can come across as awkward. For the edginess it depends on how you take it, DI is also quite edgy for that matter with chunni nazi guillotine.

Yeah sure. Hope you enjoy subahibi too.

Yep I have seen them, as I said I agree with some of them, and some of them not, for example vol 2 was the weakest point of the series in terms of writing, agreed, iroha monologues were too overdramatic for my taste but I have heard otherwise for the language barrier so I will refrain from commenting anything on that. On the other hand Karino being owner didn't feel much anticlimactic to me, it was a subtle Chekov's gun so may or may not make you feel that way, kazuki being lacking in characterization I thought his character is handled well enough later on, maybe the romance part makes people feel that way which reminds me of the romance in Rokka, bit forced but has logic to it. I don't really see anything to complain about melodramatic backstories, it depends on the author how he wishes to portray his character and hakomari is quite edgy in that regard in the first place, from the very start. Hakomari takes a bit of inspiration from subahibi too so I wonder what you will think of it, granted it's of totally different nature.

Togata- Sep 17, 2017 10:21 PM
Well yeah pretty much depends on whether you can appreciate that writing choice or not, for DI

Mal ratings aren't exactly the best criteria for identifying quality anime anyway, I mean there was something like re zero in top 50 once so....yeah.

For hakomari, yep I have seen your post before and while I agree that the dialogues gets too expository sometimes, I also think that the meanings sometime don't exactly transmit into the English language(that's what some Japanese readers told me) and could be the fault of the fan translator too(who did quite a few mistakes anyway). Maybe reading the official copy someday would give me a better idea. I have seen worse narrative in Chinese/korean web novels lol. From my experience with LNs they generally don't provide you with a good prose, maybe interesting execution of ideas but not that.

Ah yea after the release of those two hyped VNs this summer, people were really fired up and many of my friends here had/have been reading those. Anyway since subahibi gives a lot of fodder for thinking and having interpretations, I find it fun discussing it here(same goes for DI although for a different focus). Hope you enjoy the VN, I even wrote up a kind of review in the blog section here, but well be prepared for the most disturbing scenes spam you will see ever. I think it's a hit or miss for people since SCA-DI 's approach to philosophical ideas may or may not resonate with you, depends.


About DI, it has its fair share of plot conveniences (which in a way is also one of the messages of the VN) but I enjoyed the other aspects of the VN like the literary references, self awareness aspects, ideological clashes etc well enough so that didn't hinder my enjoyment too much I guess.

About Your Name, it falls in the same pitfalls of time travel as usual but even if I overlook it, there weren't simply enough interactions between the two main characters to make me care about their relationship. Maybe removing stupid dates would have worked. Also how it treats one of the main plot points that is how to convince the father towards the end, is hilarious. It's enjoyable for its stellar visuals and soundtrack I guess, and if you don't think about the story too much.

Ah yeah I saw Pullman's post before, not in the subforum but in the overrated club. A lot of people have been asking me why I dropped it so I have this format ready, I will post it here too since you brought that topic


- The lacklustre comedy- Am I supposed to laugh at the guy bleeding, getting punched? Sorry not really my thing.
- Tonal shifts- awful, you just don't switch from seriious moments to comedy stuff just in the blink of an eye.
- Melodrama- Oh yes I am fine with it, but the show overloads it pretty much, I mean I get the point Arima, but you don't have to spend 5-7 min in every ep repeating the same thing in monologues, don't you?

- And yeah the most important thing, how the show shows a physically and mentally abusive mother and tries to tackle that theme, but treats it automatically as comedy when it comes to friends doing the same thing to you, you are sure Tsubaki you aren't the reason he turned out like that? lol.

Pretty much what they said, really.

Togata- Sep 19, 2016 10:19 PM
Oh typical style over substance shinkai movie huh? I always thought his movies lacked something, especially the characters. Guess I will wait for BD since I am not hyped like others. : P thanks for the response!

zerriet Mar 25, 2016 3:11 AM
Thanks for your reply, really appreciate the criticisms. I have to mention though, that I have a personal bias for the ssince it really sets the standard for modern anime cinematographyphy. I also appreciate it for being a breath of fresh air among modern anime. But anyways, I still appreciate your criticism since it provides a really interesting perspective which I feel is quite legitimate.

To answer your question, I am familiar with visual novels. I have personally read steins gate and grisaia no kajitsu (albeit not completed), and have played ace attorney and both danganronpa games. I personally find the Steins gate anime phenomenal, and even though kajitsu as an anime was mediocre, it's sequels meikyuu and rakyuen were pretty great.

Thanks for taking the offer to analyse my drafts and story projects. I have created a thread highlighting these as well as other questions. (http://myanimelist.net/forum/?topicid=1494160). I look forward to your comments!

Togata- Mar 24, 2016 3:47 PM
Yeah saw it. I gave it 6, that too forgiving all the plotholes. I burst out laughing at the airi asspull ending though, with the satoruxyashiro moments.
Ppl just rating it for emo reasons of a convenient happy ending.

Anyways, I can kinda agree with your points. I have to mention though that while the anime is good, it really lacks the foundation that was set-up by the manga. Many scenes involving the relevance of major characters such as the Sensei and Airi were pretty much scrapped due to a lack of time ( episode 11 was guilty of this ). As a result, these specific characters lack the development to flesh them out entirely, so giving the impression that say the sensei was a stereotypical psychopath rather than one that is fueled by a lack of challenge in life, and Airi being a symbol to push Satoru forward.

Regarding Hinazuki's mother, I think it is really up to interpretation as to whether the grandmother was brought out of nowhere. I feel there were very subtle hints to imply that there was something leading up to that but whether it would have been better to make it more obvious? That would certainly be debatable. I do have to agree with you on the whole mystery component being not as strong, you brought up some really valid points. I feel its great they built up the whole "what was his motive for killing" to compensate for the lack of subtlety regarding who is the killer, but it would have been much better if the writer accomplished both. As for Satoru, I think it was implied that he DID want to find out and expose the killer but again, same issue as whether the hints were too subtle. The strongest selling point for this show for me is the cinematography, character interactions and perhaps just the fact it was a breath of fresh air from shonen/harem archtypes. Then again, I would have to wait until the series ends before making a full assessment.

Anyways, thanks for your reply and I look forward to your next reply. By the way, I have sent a friend request to you. I think it will be great for us to further discuss about anime writing in general. I personally am interning at a studio and I would like opinions on the story I am currently drafting.

Togata- Mar 23, 2016 9:42 AM
saw this? http://www.dailymotion.com/video/x3zkvni gainax ending possibility. or even a forced revival. 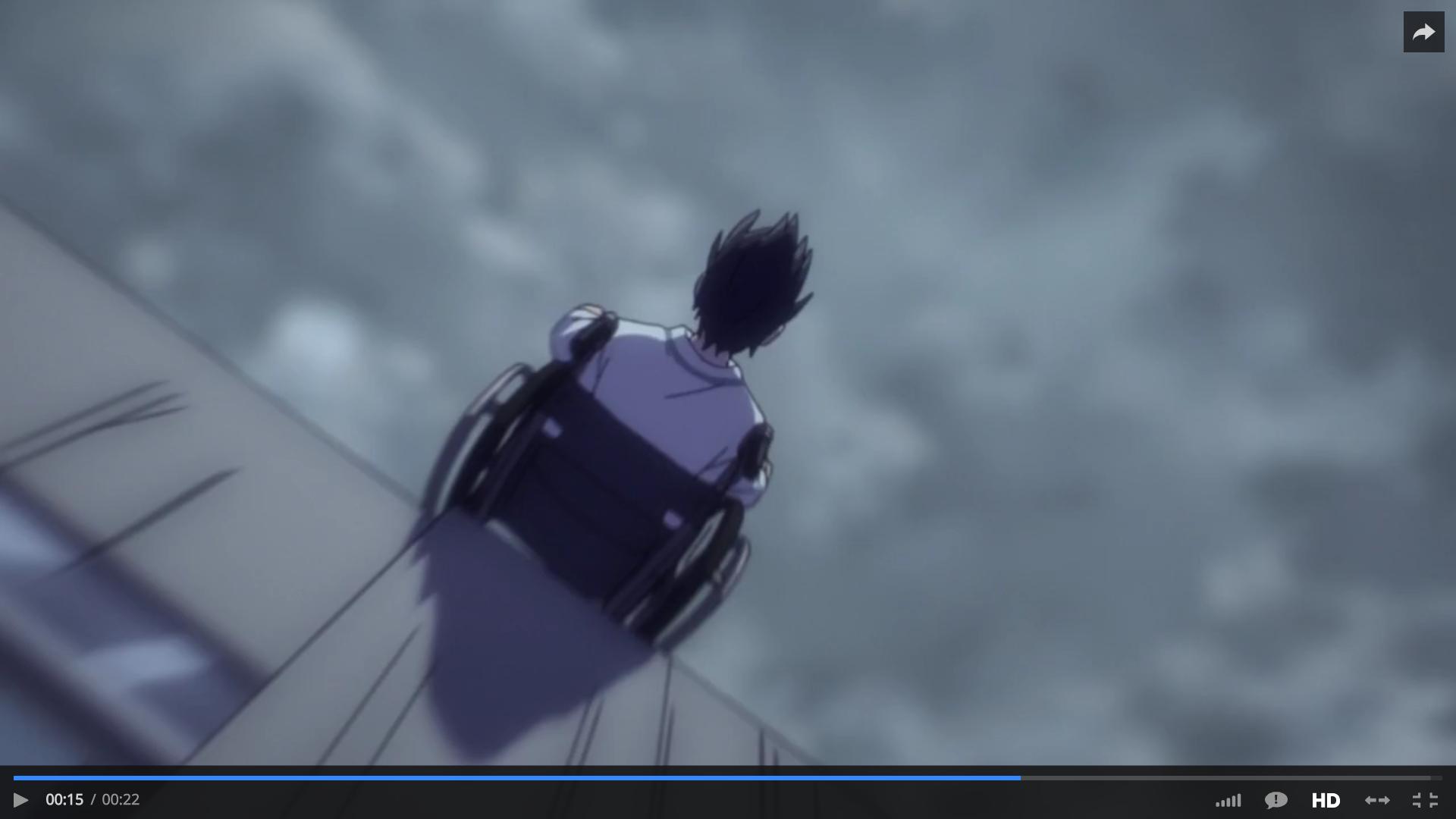