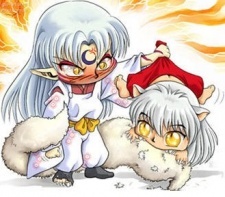 gabbyluvscookie Jul 20, 2019 10:45 PM
Hey i noticed you read Good Morning Call and I was wondering if you were ever able to find a translated version of Good Morning Kiss the sequel? I havent been able to get past chapter 12 for it as I cant find any translated chapters beyond that ^^;;

Serhiyko Jun 20, 2015 3:28 AM
Your forum's avatar aspect ratio is off, you should resize pictures proportionally (input only width in this case, the height will be calculated automatically)

Revsbech Jul 16, 2013 4:05 PM
Hey, I was surfing around the internet in confusion and frustration of Helena's sudden and unexpected death in Eden: It's an Endless World. I was just like; am I the only one who think this is strange? I mean I saw her as one of the main characters of the series but then the creator just offed her like that. She was such an intriguing character and in my eyes she took the show to another league. I still can't believe it.. The creator committed a serious crime. I mean why go to the length of developing a character throughout 8 volumes and then just kill her like she never was really an important character. I feel so.. betrayed. It's like Endo literally took dumb on me, lol. Anyway I was basically just searching the net to see if there were other people who shared some similar feelings.

Happy May everyone! Another month has come and gone so fast! But enough of that, there are a lot of things I wanted to let you guys know about. First of all, I’d like to announce the formation of the Demonic Squad aka the new staff of the club! It is made up of me as creator, pavli4ka8 as administrator, and Chibitan as an administrator as well. Thank you to the both of you and I look forward to working with you. ^.^ Not much is going to change except when we do collaborations on cards and such, we will deliver our work separately and they can help me to manage things around the club.

Starting today, May 2nd, the last installment in the demon gender limited edition series is available to members: the Demon Girl LE cards :D The thread is now open and will remain that way until May 9th, one week from now. It is the first collaboration between the members of the staff so it will look a little different than before. It’s all pretty straight forward however and shown on the THREAD PAGE Happy claiming! ^.^

In the last month, many new games have been posted up on the club forum pages. I’m not going to bore you all with the rules since they are all posted on their respective pages so please feel free to come check them out and come play with us!
Demon ABC
Count with Demons
Demon Questions!
Demon Styled Shiritori
My Demon is Better than Yours!

Well that’s about everything I think I wanted to let everyone know. A quick thank you to everyone for being a loyal member to the DEMON LOVERS club and I hope to see you all around. We are so close to hitting 200 members that I can’t wait! If in the chance we do hit 200 before the next newsletter is posted, please check the club threads for the 200+ LE cards provided by Chibitan. Best wishes for this month as summer draws closer and closer from me and the Demonic Squad. ^.^ Sayounara!

Hello everyone, I hope you all had a great month! It seems like it went by really fast and here we are into April already! Well to start off, the voting for the card delivery has been extended to APRIL 6TH, 2012 because there were so little voters and I want to other people a chance to put their vote in. So! Please drop by the forum page to submit your vote now! We have 9 great choices to choose from and with two votes, you can choose your two favorites! :D
Also! For a limited amount of time on the club, there will be five limited edition “Demon Boys LE” cards available! It was through the combined work of me and pavli4ka8 that these cards were made available, thanks a bunch pavli-chan! <3 We are only handing two cards per person to 25 people so hurry into the club forum page and get yours now! (maybe if they are loved so much, I can open it back up :D)
There is one more forum page advertisement I wanted to let everyone know about then I promise I’m done lol. If you haven’t done so already, please check out the birthday forum page to put in your birthday to receive a personal present on your special day! :D
That’s about the only news going on with us at the time so I guess I will head out! I would like to take the time to personally apologize for anything I may have missed over the past few weeks. Because of my school schedule, I was having a hard time keeping up so if I forgot anything I was supposed to do for anyone, please contact me on my profile or by message. I also would like to thank CuteAnimeJunkie for posting an advertisement for our club on her own ”We Love Bishies!” club page. Thank you Taichou sama! Much love to you! <3 Also I would like to thank pavli4ka8 for all she has done for me as well. Thanks a bunch, don’t know where I would be without you. <3 But anyway, this is getting long so I’m going to head out. Have a great month and hope to see you all around the club. Sayonara! =^.^=