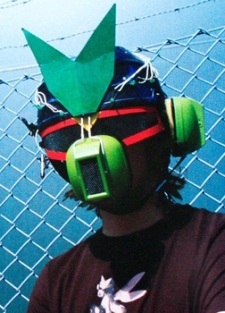 Ghoul_Soup Jul 7, 2020 1:26 PM
Hi! Not sure if you'll see this but I read your review on Fushigi na Melmo, gave a great insight! I am doing a couple of videos on the magical girl genre (how its evolved in terms of stories, animation, etc) and I'm trying to find and watch all the shows of the genre. I've suprisingly been able to find quite a few episodes of the ones from the 60s - 80s (which hasn't been easy) but I have yet to find a single full length episode of Melmo, nevermind several. I'd greatly appreciate if you could point me in any direction because for the last 2 days I've only hit dead ends. Any help would be greatly appreciated!

CodeBlazeFate Dec 2, 2018 9:51 AM
Agreed, and yea, a lot of the environmental stuff and random character models looked bad in CG, but whenit came to the mecha in action sequences worked wonderfully. I liked the explosion effects tho.

CodeBlazeFate Dec 2, 2018 8:36 AM
lol The CG was definitely hit or miss. I can definitely see that but yea, we definitely wanna cover our bases in that regard. Maybe not a full "this has major spoilers" warning but a "mild spoilers" one would work. You're welcome. Thanks for watching and loving Origin.

CodeBlazeFate Dec 2, 2018 12:20 AM
That was a pretty dope Gundam Origin review. I’m especially fond of how you talked about the final Club Eden scene and about how the characters often feel animated, even in more quiet scenes of them just talking and whatnot. I’m surprised you didn’t mention the CG at all tho. You also might wanna give at least a light spoiler warning when discussing stuff like the colony drop. Other than that, pretty great.

Karhu Oct 14, 2018 10:42 AM
My complains aren't in the content but in the making / execution of the idea. For example, scenes where bacteria or white blood cells get damaged are followed by them bleeding blood. I did also try to soften my claim, hence the "something that could be called pseudo-science" -statement and not a clear claim that it is. Does it really fall under the term is hard to define and I don't really have an opinion on the matter either -- heck, maybe it was even explained that it is cytoplasm they are bleeding everywhere and not blood and I simply missed it -- but this was pretty much the reason why I brought up the word. I found it to be contradicting, and even if it was explained I still think the way Cells at Work presented itself is misleading.

When it comes to the remaining 9 episodes that my review didn't cover, I didn't really have any problems with the "accuracy" of the biological content of the show. Rather why I didn't end up changing my mind regarding the show was the monster of the week route it chose to follow. I did highly enjoy that past story episode if not so much the others.

Also do the centipedes actually kill people in Ogeha? That's what I first thought (because, how would they be inside their bodies without harming them?). But when they leave the fat dude's body in chapter 7 he appears to be fine just afterwards, albeit suffering from amnesia.

Karhu Sep 28, 2018 9:26 AM
I think I took Planet With bit too seriously and expected too much from it. His earlier work, Spirit Circle just blew me away. So incredibly complex piece, yet it wasn't so good because it was so complex but because it made so much sense.

Anyway, I liked your review, that's what I came here to say.