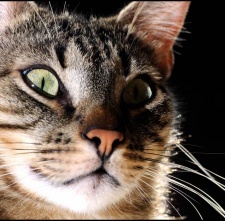 DsCrslixx Dec 31, 2018 8:47 AM
I just watched Zombieland! Asamin (Saki) is my favorite, btw. Haven't watched Tonari no Kyuuketsuki and/or Anima Yell pero balak ko yung Pop Tem Epic. CGDCT is more like a no choice form to me unless super comedy sya.
Is Anichart the same as MAL? Never heard of it kasi.
KanaHana is bae, btw (especially her role in Prison School) lol

DsCrslixx Dec 30, 2018 7:29 AM
OMG Golden Time! Yes! Their voice is so compatible that they are paired so lot (what)
Actually, I didn't knew it that time but have it researched afterwards.
Lolz, pinay po akoo :)

misterreicchi Oct 27, 2018 8:40 PM
Yeah. I actually didn't realized it was her. I only learned about it when I saw her name in that anime's MAL page. And her character's screentime is so short lol. Oh well that's ok since she gonna have a main role again...Railgun's gonna have a 3rd season.

misterreicchi Oct 16, 2018 8:54 PM
Oh I see. My bad. Well actually I finished my college degree already. What I'm studying right now are just things needed to enhance my skills and knowledge. It's not as hard as college anymore so that's why I can work and study at the same time. And by the way, I do have a regular job already, not just part time job. XD

I see. Working in your country sucks eh. Then it's time have to work hard, save money and go to Japan lol.

misterreicchi Oct 13, 2018 5:53 AM
Sorry for the late reply. Can't really find a good time to reply to any messages and just checking in just to update my lists.

Well I'm not a person that likes to share personal info like age or location in the web, but I can say to you I'm an asian. ☺️

misterreicchi Oct 8, 2018 5:27 PM
Please god no. I'd rather be hit by a truck and be sent to another world than any of the things you mentioned lol.

That is correct my friend. Real world sucks. I honestly just wanna sit in front of my pc all day but unfortunately I can't because I won't have food or won't be able to buy anime stuff lol.

misterreicchi Oct 7, 2018 9:53 PM
I'm gonna be busy at both since I'm studying at the morning and working at night. Actually I'm suprised at myself that I can still find time for anime and manga. XD

misterreicchi Oct 7, 2018 3:28 AM
Ahh that's alright since I won't be able to reply that fast anymore cause things are gonna get busy on my part again. I'm just gonna keep this short. Just gonna say that it's really fun to talk to you. You're a nice person and it's good being friends with you. Have a good day mate. 😉

First, you need to download the image you want to display then upload it to a site like Imgur (http://imgur.com/), Photobucket, Tinypic, or any other photo-hosting site.

After uploading, it will give you the BBcode link (among other links). This is what you need to paste into your post to have the image show. You can always tell what the Bbcode link is because it starts with [img]. For example, click here and see the BBcode link circled in red after uploading to Imgur:
http://i.imgur.com/HHGgyTu.png

misterreicchi Oct 5, 2018 7:30 AM
Ah yes I think that's the case for idol shows. They need to look idolish because they do live singing performances. But as a whole I don't think seiyuus really need good looks cause their voice is what really matters. Well anyways if that having family is true then all we have to do is be happy for her. And of course I would also be happy if she returns.

And Railgun isn't a filler season but more like a side story. Index is just focused on Touma while Railgun is focused on Mikoto and her friends. If you ask me I like Railgun more than Index cause biribiri is <3 hehe.

Thanks for the FR btw. Nice to meet you. 😉

misterreicchi Oct 5, 2018 4:09 AM
Haha no I don't think seiyuus need to look like idols. Many of the popular seiyuus nowadays doesn't really look idolish and...doesn't look pretty at all hahaha. Probably Itou Kanae has much more important things in her life as of now. Maybe she got married secretly and already has a family?

And yeah I used to be a fan of her. Too bad Kanae suddenly left the spotlight during the early 2010's. Nowadays it's just supporting roles after supporting roles. If I'm not mistaken, her last main role was Saten Ruiko in Railgun Season 2 in 2013. After that it's just a bunch of supporting roles. Well if Railgun got a season 3 she gonna have a main role again.
All Comments