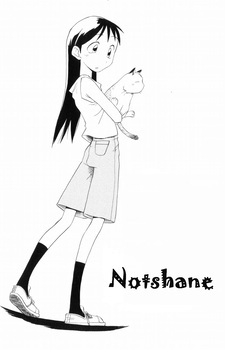 MrFoxWasTaken Aug 24, 2:17 AM
His anime tastes aren't the same as mine but thats why I love him.

TCTriangle May 14, 9:52 PM
Hi, I was talking about the ending of the movie which was released in Japan, not the series itself. The series ending was a cliffhanger that was supposed to be resolved in the movie.

I just want to say thank you for Nadja review. it really convinced me to give it a try.

OtakuNation39 Jan 4, 2020 2:27 PM
Hi, thanks for the anime recommendation! I've never heard of Hyakko before, so I'm glad you told me about it because it's great. I've only gotten around to seeing 3 episodes so far, but each one has given me a good laugh and I can only expect good things out of the next 10 episodes. Thanks again for the recommendation!

NameLessMofo Jul 1, 2019 12:16 PM
Oh man, that's a lot to take in!
that's also sad cuz she's one of my favorite English VA, I was really surprised to see ppl talking bad things about her.
I heard she did something to change the script of that dragon girl to something feministic too.
Anyway tnx for taking the time to explain this to me cuz I did not find anything bad about her besides the feminism thing on google.

HaXXspetten Apr 16, 2019 4:24 AM
I find that in general it's hard to really *hate* an anime quite that much anyway. If it's bad then it's probably because it's boring or generic or poorly written etc but like what would it take for a user to get straight-up angry about it? I mean if you're not attached to the show then it's hard to even care that much either way anymore. I feel like people often exaggerate their dislikes of something just to be an edgy special snowflake, but I often doubt they actually feel quite that strongly about it as they claim to

Heh, thanks. I used to be pretty active with review writing in past years (still technically 8th on here: https://myanimelist.net/reviews.php?st=mosthelpful) but I've kinda stopped doing it actively. Every once in a while I'll chip in though, but the current state of MAL's review system is so bad that it doesn't really feel worth it most of the time. As is, the most upvoted reviews are usually the ones which 1) get posted first right after an anime finishes airing, and 2) does its utmost to be an attention whore by making as much noise as possible and having extremist opinions. This is of course because no one can downvote reviews anymore and thus upvotes are all that matter, making the whole thing a shambolic first come first served and popularity contest rather than actually being about writing quality

HaXXspetten Apr 16, 2019 3:02 AM
Pretty much yes. If SAO wasn't popular people would never have been hating on it so much. They'd just have brushed it aside and never talked about it again, same way people do for 99% of all other anime they end up disliking. But I guess there's just some instinctive need people have to be a part of the majority in order to fit in socially so they just do whatever they see everyone else around them doing already
All Comments