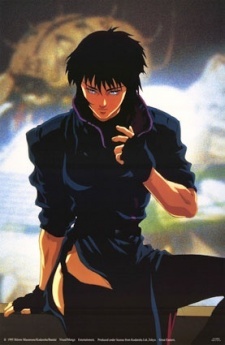 Dashiawia May 15, 2015 2:35 PM
Lol, that's alright. I've been extremely late with my reply as well, due to having spent the majority of my time on preparing for a certification exam. Now that I've finished it, I can afford to spend more time on MAL for a little while.

I see. A friend of mine who considers the FSN VN a masterpiece, had told me that the anime adaptation isn't doing so hot compared to the source, particularly the second cour, which is blazing through the material without focusing on Shirou's inner struggles. As an anime-only viewer, however, I don't have any problems with Ufotable's adaptation, as I find both the story and the character interactions really engaging to watch. Looking forward to Shirou vs Archer and Shirou vs Gilgamesh a lot, too!

Same. I also hold Fate/Zero in higher regard, because of how mature the characters are. Not to mention I find Kiritsugu's character far more interesting than Shirou's.

Oh nice, you read Umineko too? I finished that one not too long ago myself, actually, and boy did I love the story a lot. I only finished the first series so I haven't got to Chiru yet, but the story was definitely complex, moreso than Higurashi's.

Good stuff reading Hakomari as well, dude. That's, like, my favorite LN of all time! Can't wait for the last volume to be translated since volume 6 ended on a big cliffhanger.

I see. Well, I'll probably read that eventually then. Have you read the manga titled 'A Lollypop or a Bullet'? It's another depressing series that revolves around the life of an outcast girl. Do read it if you haven't already.

That's why I seldom ever visit the forums, much less comment there. =p

Dashiawia Apr 16, 2015 12:06 PM
I noticed that you had finished the F/SN VN ages ago, but never gave it a score. How would you rate it? I'm still somewhere in the early stage of the Fate route; just haven't found the time for it... But yeah, Ufotable's adaptation has been great so far, and I'm guessing that it's staying fairly true to the VN. Still, there's bound to be a lot of character monologue left out for Shirou, which may lead the anime-only viewers to think of him as a naive pacifist when he probably isn't.

Haha, I can relate to that. G-Senjou was one heck of a fun ride for me as well, and to this day, I still consider it one of the best VNs out there. But, I definitely regard Muv-Luv Alternative as the best story ever in VNs, and probably also the most emotional piece of fiction I've experienced up till now. You really should try to read it one day; it'll likely blow you away, and perhaps also renew your interest in VNs at the same time. :)

Yeah, I've been extremely busy these days too. Barely been keeping up with the few seasonal anime I've selected, and haven't marathoned a series in ages. Hell, I'm not even active on this site when it comes to casual conversations anymore. I just reply whenever I get a break. Oh well, that's life for ya.

Oyasumi Punpun is a powerful work, one that many consider to be a true masterpiece. But, be aware that it's a depressing title that deals with the ugly side of human nature, so if that's not your cup of tea then you're not likely going to like it much. Otherwise, it's a must-read. :)

Dashiawia Apr 3, 2015 7:57 AM
It isn't bad at all if you ask me, although its true route is rather controversial among the readers.

I'm doing alright, quite busy with my studies, but still occasionally finding the time for anime and VNs. How about you? Ah, I should get started on Oregairu S2 one of these days. Absolutely liked the first season and, from what fans of the LN are saying, season 2's content should be even better if it adapts the source material properly.

I'm more hyped for the second season of UBW myself, to be honest. :)

Dashiawia Jan 14, 2015 9:27 AM
I see, that's too bad. I'm not terribly excited to watch it anymore after what you said, honestly. But, well, good to know that it at least has a few great things going for it.

By the way, I finished Rewrite recently, and it's the longest VN I've played up to now. Was totally worth it though. While it isn't anywhere near as emotional as Clannad is, the story is really well thought out, and the characters are all affable to boot. One of the heroines, even made it to my top 10 character list. You should try it out some day, man.

Dashiawia Dec 30, 2014 8:26 AM
I see, thanks for the input. I don't think many people have watched Mai Hime, which may be the reason why it's rarely brought up in comparison to other mahou shoujo shows. Madoka Magica is simply much more popular and well-known among newbies to anime, as almost everyone who's into the medium has seen, or at least, has heard of it. I probably should check out Mai Hime eventually, just to see how good it is.

Dashiawia Dec 26, 2014 5:01 PM
How was Yuuki Yuuna for you? I've been meaning to check out that show, because of the rumors I've heard that it's similar to Madoka Magica.

blessofcurse Nov 28, 2014 5:53 PM
I haven't really thought about it but i believe the only part of Tadakuni's dream was his conversation with Nago, or maybe even the conversation with his little sister was also included.

Dashiawia Aug 19, 2014 9:03 AM
Yeah, I thought the live action film overplayed the comedy just a little too much. It got to the point where I could no longer identify with the severity of the crisis at times, which attenuated the tension quite a bit. That, and the cop-out ending really bugged me. But otherwise, it was an alright movie, I guess.

I'm making slow progress on Koe no Katachi, but I'm enjoying it a lot. Liking how most characters in this manga are getting their fair share of developments, instead of just staying as one-dimensional supporting characters all the time. Ueno, in particular, impressed me with her character complexity. At first, I disliked her for being a total bully to Nishimiya, and for hiding her true personality underneath that fake "nice girl" persona. But, just like Ami from Toradora, Ueno undergoes some pretty realistic changes after realizing her wrongdoings. And unlike Ishida, she's not afraid of confronting her problems head-on, and she's very upfront (albeit, arguably too direct) about her feelings. Although I don't necessarily find her very likable, at the very least, I can respect her character for being well-written.

So yeah, looking forward to catching up with it.

Dashiawia Aug 14, 2014 9:18 AM
Well, I finished Michiru's route now, and it was a good read. All I got left is Yumiko's, hope it delivers well. G-senjou's true route is one-of-a-kind, seriously. It ranks among one of the most entertaining, and satisfying experiences I've ever seen or read in a fiction. It's kinda hard for Grisaia to hold a candle to that.

Hmm, thanks for sharing that. It does sound like they're going to put some thought into making this work. Always nice to see producers actually trying to create a show that steers away from the usual fan-service shenanigans, one that actually has some refreshing ideas. I mean, cliche is fine, if used in moderation. It's not good, however, when a show feels the need to rely on them, for the sole purpose of promoting sales. :/

Indeed, the art was quite the eye candy. I was also pretty invested in the whole time-loop phenomenon going on with the protagonist, personally. And I liked the short, intimate romance between the main duo. The live action version was inferior to the manga for me. Tell me what you think after you get to it.

Oh, and, Koe no Katachi is totally compatible with my taste~ The whole "redemption" deal on the protagonist's end, was done quite well; reminds me of Onanie Master Kurosawa at times. I really shouldn't have left it on-hold for 6 months, in retrospect...
All Comments