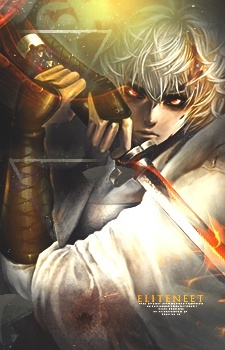 halygram Aug 14, 2016 4:01 PM
Sorry this was so late! I did go but only for the Saturday. I spent most of my time in Artists Alley. What about yourself?

halygram Jul 28, 2016 9:13 PM
I'm pretty sure I'm heading with a few friends just on the Friday or Saturday. Can't remember what day. Are you going?

thetreedude Jul 17, 2016 1:14 PM
Oh I've been using discord. Voice quality is better and it doesn't drop calls as much

Solos Jun 1, 2016 9:05 PM
Just for the semester. I am not taking summer classes until July so I've got a good amount of free time on my hands. On that note, I did have a job interview today so hopefully that goes well. Being interviewed in front of 3 people is actually quite nerve-wrecking lol.

Ah, I see. It's been the same for me till recently as I'm waiting on responses for the aformentioned job and I have no class atm so I'm just being as lazy as possible now. Currently playing Tales of the Abyss, which is a great game so far. Also looks like P5 is coming out in Japan on September. Meaning probably Winter/Spring release here. Hopefully as early as possible but I don't mind waiting since it looks AMAZING.

That's because you played Golden (I think). In Golden Naoto is a hell of a lot stronger and is considered OP lol. Mostly because some of her weaknesses are covered like her weak bossfights (in the original she only learns Hama, Mudo and Almighty attacks + one physical spell in Sonic Punch) which makes her great at clearing random battles but makes her bossfighting poor because they are always immune to Hama/Mudo and you dont learn almighty spells until later. I got the Good Ending on my first try and True on my second, so yes. Also P4G has that new Epilogue ending as well. Have you seen it?

My main party is like yours except Yosuke instead, since he's the most well-rounded (healer and fighter).

Solos Apr 21, 2016 10:32 AM
Ahh I see. I'm glad to hear you've had a learning experience from them in that case. Hopefully they turn out to future success, that would be awesome! Likewise, I've also had some of those my procrastination hit it's peak and then exams came so rip me I finished the exams now so I've got some spare time on my hands.

Yeah P3 is pretty long. About the same length as Persona 4, imo. Though Persona 4 ramps up much earlier but Persona 3 has a better overall story in the end imo. However, Persona 4 makes up for it with it's AMAZING cast of characters and when I beat the game I was tearing up because leaving them in Inaba was pretty sad (even though you could return whenever, plus the Vita version had a new Epilogue which shows the cast a year later). I love both games a lot actually, got me really into the franchise and makes me even more hyped for P5.

My main party was Yosuke/Kanji/Yukiko, although I do replace Kanji with Naoto for dungeons because she clears monsters really fast with the light/dark spells. However, she's terrible for boss fights and Kanji is the best tank in the game. I use Yosuke as an all around player since he's got both heals and wind spells, along with decent support so he's the most well-rounded. Yukiko has the best magic damage in the game (low HP/high SP) and Kanji is the opposite of that (high HP/low SP) so he's brute force physical with all the tankiness (and lightning spells, so I have all elements but Ice covered). Plus Yukiko learns Diarahan pretty early on which heals all health.