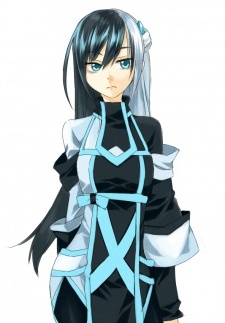 Kurt_Irving Mar 19, 2015 9:59 PM
Hello, nice to meet another FMA fan like yourself. I am currently watching Zeta Gundam.

I needed to tell you this.

Vulfreyde Apr 29, 2012 11:17 AM
Well, i admit that when i saw the trailer for the first time, i as well, was somewhat displeased with the character design, but i am not so stupid as to judge a series by its looks. It's just the first impression. You know, the mark „Gundam“ is the cause. With all the Gundam series we've watched, it engraves its way to the unconsciousness and it just demands more every time a new Gundam series comes out. And i am not talking just about the visual aspect. The Gundam brand can be a bad sticker in a way. But i am looking forward to it. If you say it's good, then there is a high possibility that i'll like it as well cause our anime compatibility is pretty high ◕ ‿‿ ◕

Vulfreyde Apr 14, 2012 12:12 PM
Yo, do you remember me? I see that you're watching Gundam Age. How is it so far? I plan to watch it as soon as it finishes airing, but i watched a trailer of it and didn't look as awesome as the other Gundams :O