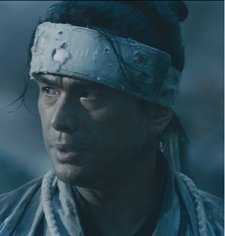 cheesecake17 May 23, 2019 7:23 AM
Just wanted to say you are a LEGEND!
I came through your review from Kokoro Connect, the last 4 episodes were really terrible.I could agree 100% with your review. I personally liked the the show , but then I got bored after 10 episodes in.

SirYanako Apr 8, 2018 12:09 AM
I don't like your Kokoro Connect Michi Random review because you were kinda rude, but I have to admit... I agree with it. The OVA was very flawed and three of the five main characters really are one dimensional. I also agree that the main driving force behind the dramatic plot of the OVA is pretty dumb. It's a shame, because I like Kokoro Connect and I like the ideas it has, but the execution isn't very good. Still, I liked the romance and I liked the comedy. I also liked the ED songs and I felt like they sufficiently conveyed the emotions that the associated story arcs had. Overall, I disagree with you when you said that KC is overhyped, but I do agree that the OVA has many flaws.

I easy give 10/10 to KC because have lot of Good Character (Inaba,Yui,Aoki,Fujishima Ect) and good story. All those phenomenon are awesome. Also KC have good balanced whit comedy part and the drama part.

Inaba and Nagase very similar to me. I also a people who believe very hard to other people. Also i don't very believe my friend when they say he like me.

So basiclly i love KC becuse some of the character have similar problem as me.

After episode 10 she's personality changed. Also She and shes friend worked a lot whit those stuff... So every people get rage in a same situation.

Problem whit AB is easily. Yurripe is the main problem. Her story just a piece of shit.
Thay trying make that story sad but it not. What kind of irresponsible adults leave home the 10-year-old daughter with shes little brother/sisters? It stupid...

Also in the last scean kanade say she get Otonashi's heart. But if she get a heart why she dead? Other problem if Otonashi die earlier, why Kanade is first comes to paradise?..

Also dosent have good balanced whit drama part and the comedy part. The Music is 1 of those point of the anime that get lot of hype.

It's not a bad anime but definitely not perfect. I say in my last post. AB have lot of potential just they dosent use it.

Flawfinder Feb 10, 2013 6:06 PM
I don't have a problem with my own friends liking KC myself, which is why I'm not scared by the score I gave. Just so long as they see why I don't like it.

Which is more overated than kokoro connect...

Angel beats have lot of potential just dosent use it... 3/4 of the characters dosent have background story... and only have 3 good background story. (Yui,Otonashi and the Guitar Girl)...
Yurripe story is very bad and non sense...

Well it only my opinion...

I see you've been watching GitS:SAC. I've been meaning to do that as well. x)

NekoCavallone Jul 23, 2012 6:50 PM
I know, I've been searching and searching...
Really? Can you? I will be very grateful! I'm trying to find another Kenshin's specials as well, but there's just nothing.... Let me know if you can upload them, or just that "special techniques" episode.
Thanks for everything!

NekoCavallone Jul 23, 2012 5:47 AM
Hi! Do you maybe know where can I watch or download Rurouni Kenshin: Special Techniques ?

Respent Jan 1, 2012 1:43 AM
You know, I probably won't visit just because of the awkwardness with parents. My parents already go "o.O" at the amount of Gundam models in my room.....

You bought a photo/mousepad for $38? O.O I'm not too familiar with the Hong Kong currency, so I really don't know how much it is, in comparison to other goods in Hong Kong. Sounds like quite a lot though, considering your brother's fit(?).

And Happy New Year - did you spend your New Year watching fireworks in Hong Kong? :O
All Comments