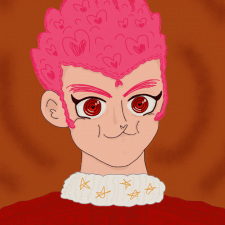 StarClownBuggy Jun 11, 2020 7:21 AM
I just realised how much anime you dropped wow, but yeah Hanako kun wasn't as good as I thought it would be but I might read the manga of it someday since I heard from pretty much everyone that it is better. Eizouken was definitelty my favorite anime of that season and its probably gonna be one of my favorites this year, and Dorohedoro actually turned out better than I expected. The staff definitely put a lot of passion into it with the highly detailed background art and ost. The cgi is not very good or comes close to something like Beastars, and even though it still isn't as good as the manga it was still nice. This season is pretty alright for me but I haven't seen much yet, I'm liking Tower of God even though I don't hold strong opinions on it and Love is War s2 is just as good as I expected. Bna was alright and I'm still planning to watch Sing Yesterday for Me.

Blusunshinebean Jun 3, 2020 10:47 AM
um hi again aksksksk its been awhile since we last spoke

RantingMarauder May 13, 2020 5:35 PM
I think it's a pretty good representation of what was going on at the time. Animes about WW2 were common and it came with a price that hindered creators from doing stories that weren't blatant propaganda. Hamato is pretty good too.

Ayato-Hiragi May 10, 2020 5:31 AM
Actually no, i platinumed other games though
All Comments