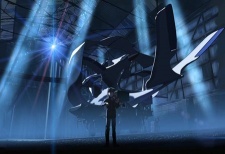 BanYa Oct 24, 2009 8:23 AM
Gotcha, Sounds pretty good if you have a pretty good imagination in what you do and what you write about. So, What was the last topic about? is there like a webpage for it?

Lol, I wouldnt work in that department if I was ike that But I understand though, you just want to assasinate eveyrone who speaks like crap xD...

Wow, Japan is so much more complicated then Gian Robots, Pedophiles and Teachers with students xDDDDD

Lol, maybe you should find a better job, How about english teacher?
Or pronounciation xD

Oh, oho!
I learned that there werent any street names xD, So, Did you find it complicated in the beggining? starting off living there? xD

Lol, Japans and its systems, Just like the streets... Theyre so complicated, Being numbers for each buidling and each block and each part xP...

What are you working for? or doing?
And what year in college are you in? :3

Lol, Japan's become normal to you now I guess, right?

Well, Argentina has been a real place for a while now.
Although there are sometimes where I escape into my own little world and stay in my room and pretend Im back in California where Id like to be heh...

Well, Im doing just fine heh, Havent talked to you in a while anyways so yeah :S
Right now I feel really weird since Ive been using these headphones for about 5hrs straight and now I cant even feel them anymore, Its like theyre a part of my skin, and the music coming from my iTunes is really coming from anywhere but really close, like in a movie hahahaha. Anyways...