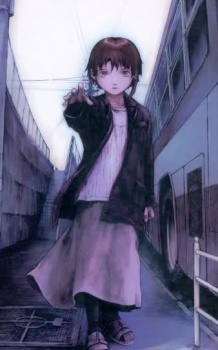 BlueOni Aug 11, 2012 11:51 AM
I've just come home from a nice two week vacation in the mountains. A picture or two will surface in the ultra superior club in a day or two. In a more general sense things aren't going so well, but I'd rather not get into that here. So let's talk about you. What've you been up to? What's been keeping you so busy?

I hope NJ wins tonight. I don't get NBC Sports Network, so it would suck not being able to see the Stanley Cup be presented :(

B-Dawk20 Apr 27, 2012 1:44 PM
Jeez, sounds like a lot of effort! It also sounds worth it though. Especially if you finally get to spend your work hours doing something you like.

The only thing we share is poor social skills, though his skills are a tad better than mine.

cchhunter Apr 19, 2012 4:03 AM
*shrugs* no clue. All I know is that they have Digital Manga Guild as well as D.M. Publishing (for their licensed and completed works). I think they have a couple of other sites but I haven't seen anything other then the two above. Poor webmaster design? :P

Xathras Apr 17, 2012 6:59 AM
Many things are expensive here, but our income, despite our taxes, is generally good.

lemongrassmango Apr 15, 2012 6:45 AM
Lucky for both of us, the Caps actually pulled it together last game :D That goal by Backstrom was positively magical.

Damn! That's too bad. I got Die's towel when I saw them at Ram's Head ... a couple years back and this b*tch in the front row punched me in the stomach and took it. I think Die saw it happen though and he sprayed me with his water bottle.

The Human Abstract was all right- the band is really good, imo, but I'm not a big fan of the vocalist. Apocalyptica was another awesome headliner partner because seriously- Who doesn't appreciate giant scandanavian men with cellos?

The other day I ended up picking up some clearance records at HT and discovered the band The Fall of Troy. I figure, since it seems our music tastes are similar, you might also enjoy them.

CantonNeko Apr 14, 2012 10:15 PM
wow! how about them blackhawks! nice comeback, im sure echo errr..... PronounceMyName would be happy about that
All Comments