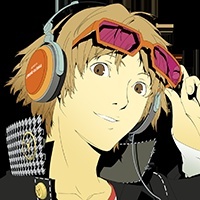 Wuddupashley Aug 2, 2013 2:07 AM
loved the clarification you did on princess mononoke~

chirale Jul 20, 2013 9:18 AM
Hi Cornholio77. I've seen you liked Angel Beats!. At the PA Works club we chat about upcoming titles made by P.A. Works, sharing cards and badges, opinions and suggestions. Would you like to join the club?

hI hI ~
Take a moment to vote for what YOU think is the best & worst this season...

We have a new contest opening once all newsletters have been sent.
(appr. May 9th) Give it a shot if you want to win Member Award badge #8!!

Also, we have new badges if you'd like to request one.
--Click to order a v.2 Badge--

~Don't forget to check out our monthly Culture, Series, Music, Character, & Film features for recommendations based on cult favorites and members' picks. This month's new culture feature is about the famous Japanese 100 Poems anthology & the card games derived from it.

You can visit the archives and all other current club discussions by using links found on the FAQ & Index page. Both have been updated recently.

Thanks for reading & supporting ★PCM★!

Hi Members. It's been a while.
We've missed you and hope everyone is doing well.
PCM is back, so we want to invite you to drop by and say hello.
The Index & FAQ has been updated for usability. Click HERE to get there.

If you missed out on voting in the past seasons,
visit the links below:

You can share what you're looking forward to next season
HERE

Other New Threads we have are:


Open Chat
Add Anime about Fan Culture to the Relations
NON-Japanese Animation
Your Top 10 Anime Favorites
Anime that is Appropriate for Kids
Kemonomimi Characters
What's the name of that anime where... ?
[Game] Have you ever eaten ?
Mystery Genre
Psychological Genre
Action Genre
Historical Genre
Thriller Genre
Adventure Genre
All old requests will be caught up soon. And, we will have new badges by next season.

Thanks for reading and supporting ★Pictorial Culture Miscellany★.

Florete Nov 2, 2012 12:14 PM
Other reviews may top it, but it won't get significantly lower in the actual percentage of people who find it helpful. Just sayin', I don't think anyone who significantly dislikes the show would mark my review unhelpful.

Survival is a better story than what SAO has done so far. HotD creates suspense. SAO doesn't.

I'm sure I'll see Seikon no Qwaser one day.

I didn't. I made on offhand comment about it, but my review is solely for the anime.

Florete Nov 2, 2012 11:57 AM
HotD doesn't have a lick of seriousness in it. Honestly, you can't have that bullet-boob scene and expect anyone to take you seriously. But even in the first episode you've got pillow-boobs and panty-shot-while-girl-gets-eaten to make you understand that this clearly isn't meant to be taken seriously. The show is so over-the-top ridiculous that it's just hilarious. It's like a B movie. A B anime, if you will.

But even if HotD did take itself seriously it would still be better than SAO because of its survival-suspense aspect that it plays out fairly well. That alone is a better plot than anything SAO has done and contributes significantly to my high score for the show. Simply being over-the-top fanservice is unlikely to even reach an 8 for me.

Honestly, can we drop the Maid-Sama! thing? It was just an example to show that I'm not some advocate for female supremacy. I think I've gotten that point across.

If SAO turns into a School Days, I will eat my shoe and shoot my hand. I will declare it the greatest troll anime ever and probably raise my score to a 9, 10 if it pulls it off well enough. But, well, I just don't see that happening. School Days is an anomaly. But oh well, you can read my review to see why people think SAO is trash (plenty of people seem to agree with me). If you still don't understand, I don't think anything else will make you.

Also, I have NOT read the novels.

Florete Nov 2, 2012 11:08 AM
Are guys more sex-driven than girls? Yes. While I don't agree with "stereotyping" in general, stereotypes do exist for a reason. But that doesn't mean guys don't care about relationships at all and are only in it for the sex. Some do, and that's where the stereotype comes from, but acting like they're all that way is an insult to the plenty out there who aren't. Thus, I call sexism.

Well, I already made the Twilight comparison, so yeah. At the end of the day, every form of entertainment is going to have some kind of wish-fulfillment. That and escapism are the entire point of entertainment. Again, it's all in the portrayal. Stuff like SAO and Twilight are just blatant wish-fulfillments that don't care for things like character development and well-written plots but still take themselves completely seriously. That's why they're trash. They only exist to fulfill the desires of the their audiences.

And, uh, I know how to check the ratings. Thanks.

So basically what you're saying is that since you disagree with my review, it must be only "my opinion" and has no objective quality whatsoever. You are arrogant and self-righteous. You are free to disagree with me and like SAO as you please, but as I've said, people see things differently. As awesome as the idea of an "objective review" sounds, complete objectivity is impossible; your personal opinion will come through in one way or another.

I won't tell you to stop liking SAO, but I will describe the multitude of problems the anime has that contribute to my belief that it is shit.

IciBurn Nov 2, 2012 9:47 AM
Um no. Those 35000 fans are not dedicated anime watchers besides your numbers are wrong. Everything under a 6 cannot be counted. 3076 people who rated the series(so far) agree that's it's mediocre. Your a big boy so you could do the math of those who disagree.

Most of those 9(dedicated anime watchers)are basically new f***.Sh** art online is an anime directed toward loser Otaku. Most of anime fans are loser Otaku...no shit.

Popularity does not mean quality. She compared Twilight to SAO for the seem reasons and was spot on. Your simply one of the minority who thinks Twilight is bad and vice versa for Sh** art online.

Florete Nov 1, 2012 11:35 PM
I don't think the author believes so literally that "this is what happens when boys are deprived for a few days." It's the idea that an authors beliefs come out in his/her works, usually metaphorically. This might mean that she thinks most boys only really care about sex.

But I think you went a little overboard on that comparison.

SAO's popularity is a large part of why I compared it to Twilight. At the end of the day it's just a trashy wish-fulfillment, but it gained mass popularity despite that. But popularity is not quality. I feel like you are less complaining about my review and more wondering why so many people marked it helpful despite the series having such a high score. The world may never know.

Florete Nov 1, 2012 10:21 PM
We all see things differently. As I said, I'm not easily offended, and I have this written on my profile: I tend to pick out the things I do like about a show and ignore the things I don't like, given they are few and minor enough. But it's not always that simple. You can't just say "it's not real" and everything will be fine. These things were made by real humans with real beliefs and views on the world, beliefs that come out in their work whether they intend them to or not. It's all in the execution and portrayal.

Florete Nov 1, 2012 8:32 PM
I like HotD because it's over-the-top ridiculous and hilarious. No, it doesn't have a well-executed plot, but it doesn't try to.

Honestly, I'm not entirely sure what you're trying to say in a lot of this (and it's "exaggerate"). But as far as what looks important, no, I don't like women being looked down on (as I shouldn't, and neither should you), but it all depends on the portrayal. I'm not easily offended, so when something is intentionally silly (like HotD), I just let it run.

And just to go back to your belief that I think women > men, here's some food for thought: you want to know what I think is the worst episode of anime I've ever seen? It's not from SAO, but it is an episode you've seen: Maid-Sama! episode 22. Why do I hate this episode so? Because of (you guessed it) its sexism, but most of which is against the boys. Read this post on it. Boys become mindless, sex-craving zombies after a few days of hard work? I don't know how a guy can watch this and not be offended. I was offended not only for that and the other things mentioned in that topic, but because the manga has a female author and it's from a female perspective, so it is supposedly the female perspective on boys (and just look at how many people found the whole thing funny), which I most definitely do not share.

Last paragraph: That was what I said, so those were my scores (I gave HotD a 9, etc.).

Everything else: Okay. I'll just say this: Just because another anime does the same thing 1) doesn't make it okay, and 2) doesn't mean it's never done in a different, more acceptable way.

For the record, I said SAO might be worse than Green Green (because GG is otherwise the worst anime I've ever seen, and I only said SAO might be the worst I've ever seen. It's hard to be worse than Green Green). I dislike it for all the reasons I mentioned in my review, which I'm quite sure you're familiar with. In extremely simple (and nice) terms, it has poor characterization and a weakly-executed plot.

Here's what I said to the last person who called me a feminist. You haven't had quite the same argument, but the idea is the same, so:


Wow. I've never been told that before. Quite interesting.

But anyway, you might notice the same trend if you look at my scores for anime with male leads. The fact of the matter is that strong lead > weak lead, no matter the gender. Also, let's take a look at some of my scores that you may not have noticed:
Highschool of the Dead - Full of ecchi, multiple breast-gropes. 9/10
School Days - If you've seen this, you should know. 9/10
Milky Holmes - They're all idiots. Hardly "strong" leads, but it works here because it was funny. 8/10 for both seasons.
Genshiken S1 - Mostly male cast, and a bunch of nerds at that. 8/10
Highschool DxD - Like HotD, but even more ecchi. 7/10, and if I may say, it would sooner be 8 than 6.
Hidamari Sketch - All-female cast, boring. 5/10. Not even going to bother watching later seasons.
Mouretsu Pirates - Strong female lead but slow, boring, and weak characterization. 5/10

I won't deny that I prefer a female lead to a male lead, but I suspect that you merely found what you were looking for in my scores even if it wasn't there. And honestly, it is a trend that ecchi shows tend to be lower quality since they sell themselves on titillation instead of good writing. But that doesn't mean I never enjoy them.

Lastly, there is no genre in particular I dislike.
Find even a single line I've typed that suggests I think women are inherently better than men. I dare you.
All Comments