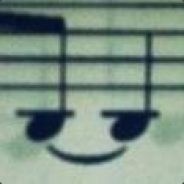 WatchTillTandava Jun 27, 2019 6:28 PM
Thanks, I'm a big fan of it myself as, to me, it captures a certain feeling from the series it's from. If you go on to watch Koi Kaze in the near or distant future, I'd love to hear your impressions on the art and beauty of it all.

Aldnox Apr 26, 2019 9:56 PM
We live in a fucked up, weak society of people who can't accept reality is rough, so they ignore what's not convenient for them, and scream for everyone to be nice to them even when it's harmful towards others and themselves. Oh well... such is life.

SadMadoka Apr 24, 2019 10:37 PM
Eh...I didn't like it even half as much as Madoka Magica. Nice art/animation and decent soundtrack too. The premise was quite good, but there was too much slice of life stuff that bored me and detracted from that. (Especially in Endless Eight. I usually like time loops, but not when it's the exact same events on repeat. I heard they wrote an apology letter to the fans for that.) Although I like just about all anime genres, I'm a lot pickier with slice of life. Kyon and Nagato are my fave Haruhi characters. Kyon reminds me of Araragi from Monogatari. The movie was more impressive to me than the series, so I concur with the general consensus there. I wish they had focused more on the serious aspects of the story and characters.

Recondito Apr 23, 2019 5:23 PM
Damn dude sorry for late answer I'm currently taking my anime break I guess. It's like a cycle but well.
Brazilians have their own server, in LAN and LAS there aren't brazilians at all because the main language is spanish.

SadMadoka Apr 4, 2019 10:20 PM
Hold onto yer Aureolus: Madoka is starting Haruhi!
Edit: The rapid monologues are very Monogatari-ish, as are the references to paranormal beings, and that random text thing. It also gives me a Clannad vibe. lol

ManicMayo Mar 31, 2019 4:54 PM
Not as much as his wife does, I’m sure. I had to spend the day with him once only a few weeks after the affair came out. He took our Government & Politics class around the Houses of Parliament. Let’s just say it was... awkward.