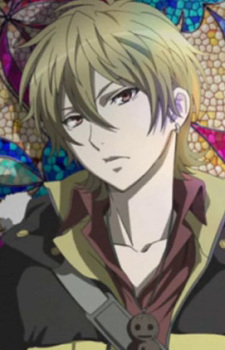 Emptymap Oct 23, 4:58 PM
Oh yeah, KagePro is definitely a daunting conglomerate of media. Honestly, I don't think there's even an objectively defined way of getting into it.

https://destination-of-fate.tumblr.com/post/69928272958/a-giant-guide-to-kagerou-project-and-mekakucity
But I always recommend this guide to people because it's really well thought out.

Kagerou Daze is such a sad song, really hits me whenever I listen to it. Similarly, Toumei Answer completely resonates with me. Ah, I see that I mentioned Toumei Answer before, but it's good to bring it up again since I like it so much.

I like DECO*27 too! I haven't caught up on his recent work, but as a Vocaloid fan it's impossible not to find yourself eventually stumbling upon one of his classics like Ghost Rule, Hibana, or MKDR. You should check out Lagtrain! I became quickly obsessed with it after I heard it for the first time, and that's what led me to becoming an inabakumori fan. So many good songs to check out afterwards too!

I'll make sure to listen to DECO*27's newest album!

Emptymap Oct 23, 9:17 AM
I love Mozaik Role and Common World Domination too! Picking a top 5 for Vocaloid is something that I just can't do...there's so many good songs to choose from! My favorite Vocaloid has been IA ever since I first listened to "A Realistic Logical Ideologist" and god knows whenever that was. I found myself relating to it a lot, the feeling of being lost and disconnected from what everyone wants you to be. Also, I'm a fan of KagePro, and there's a bunch of IA songs I love there like "Lost Time Memory", "Yobanashi Deceive", "Toumei Answer", and "Shinigami Record". Despite that, my favorite producers right now are PinocchioP and inabakumori, I discovered them about 3 years and 1 year ago respectively. Every song they produce never fails to impress me!

Emptymap Oct 22, 9:18 PM
Yep! I've been listening to vocaloid for years, it's kind of crazy thinking about it now...The craziest part though is how I always find out something new whenever I talk to other vocaloid fans. So, on that topic, what are some songs you like?

Emptymap Oct 22, 8:44 PM
hey I recognize that pfp! that's based on the miku outfit from god-ish, right?

ashuulinksu Oct 11, 3:26 PM
thanks as well for accepting! i love your list, by the way!

Arcmoon8 Sep 27, 6:44 PM
hey. You have good taste too. I still have to check out Katanagatari and that Yojouhan sequel.

Braindead_Idiot Sep 19, 10:23 PM
No problem, it's nice to meet you! I see you have Onanie Master Kurosawa in your favorites. You are quite cultured