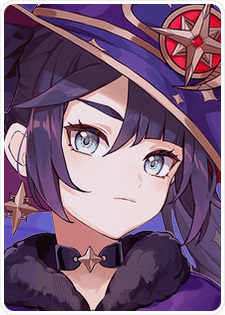 Cindy-Uchiha Mar 16, 2:48 PM
Treasure Exiled rebels scan while you can. If you get into the whole webnovel thing, it'd among the best you'd get lmao

Cindy-Uchiha Mar 16, 2:19 PM
I'm a sucker for Yibo. His smile makes me uwu. Like when he rly smiles (not in the gif but anyways enjoy)

I don't 100% understand Lay's either, but I think it was something like the hate Lay got from both Chinese and Koreans for promoting in both countries. Also some shows and stuff he scheduled in China fell on the same time as Exo's comeback. So now he doesn't participate in exo's songs at al, but SM won't let go of him. Most EXO-Ls are all like "they stay 9" but I honestly wish that SM lets Lay go bc that way he can rly be free and keep more of his profit lmao. But on the downside he won't have someone to manage his image anymore which might be a vunerable spot for haters.
This is all rookie speculations lmao I'm no pro at knowing their industry.

I don't know whether your expectations are too high bc it's (prob?) your first novel, but Exiled Rebels Scan will pick it up from a certain point and their translation is good.

Cindy-Uchiha Mar 16, 1:56 PM
Lmao having a lot going on is one hell of a praise.
If they aren't treated well I'll bring my bat and board a plane despite corona and beat SM up.

You know about BigBang's scandal btw? Like for real Seungri what're you doing. I loved Bigbang so much so I'm rly dissapointed, altough I never got good vibes from Seungri. Like he was a judge for an idol show and he was kinda weird, and leter he revealed he was fake crying on that show like why would you say that that's so sad for the girls who participated. But well I was more focused on GD so I didn't lose much.

You just have to hope that your translater can speak, or in this case write, decent English cause otherwise you'd be so dissapointed. There are those who just copy paste machine translations ew

Cindy-Uchiha Mar 16, 1:47 PM
Also have you seen the drama adaptation of MDZS? Honestly bad af but this boy:

Do they even use the img brackets nowadays. But anyways look at that boy. Lan Zhan's actor is handsome too but they fucked up his hairstyle.

Cindy-Uchiha Mar 16, 1:42 PM
Yeah underpaid and underworked and also discriminated if you're not Korean. Yknow how Kir and Tao left exo (if you know exo that is).
I don't agree with their way of doing things, but I have to admit that it is bc of SM that we're stanning them, which is actually kinda sad. Cause we look at the results and all, and there's a reason why SM is the no.1 company.
But I geuss BigHit is doing a good job and brought out BTS? But then again BTS is like the only active group bound to BigHit so maybe BigHit is trash too but there's no one to reveal it.

You can use novelupdates.com which is a site like MAL but for Asian (web)novels. They'll usually direct you, per chapter, to the translation group that's translating them. So if you click on the chapter you'll be directed to the translated chapter. Or do you read them in Chinese? Cause they don't have physical Eng books.

Cindy-Uchiha Mar 16, 1:24 PM
Yesss Jaehyun that's the man.
Not the dirty I mean, but I geuss SM is dirty in any way. But honestly SM may treat its idols like shit, but I geuss the reason why they're so succesful is bc of that. :/

Def go try the other books by MXTX. My order from best to least is: Heaven's Officials Blessing, MDZS, Scum Villian.
Also while you're at it, try Erha and his white cat Shizun by Meatbun. It'll fuck you up and is in my opinion even better than MXTX's novels oops. Come to me for novel recs hihi.

Cindy-Uchiha Mar 16, 1:07 PM
SIS I LOVE YOU
When I first saw kick it I was like wtf is this, but then I got hooked. And that guy starting with a J with blue hair his look in the MV omggggggg. But SM honestly had to use Chinese aesthetics while not including one Chinese member I can't.

MXTX is fking amazing you're missing out on soooooo much. You starting MDZS from where the anime left off or are you gonna read it from the beginning? I mean the chronological order is kinda wrong but I started from where S1 left off. One lil tip: skip the sex scene lmao it traumatizes me so much. Can't view them in the same way again