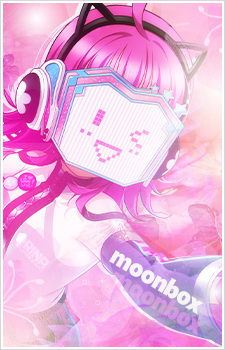 Yomisuki Feb 1, 8:31 PM
Thanks for the friend request. Feel free to chat with me about anything anime related ;)

I'm waiting for Rukia to make her proper entry into the TYBW arc. Hopefully, we'll see something of her next season.

mochidream Jan 29, 2:13 PM
thank you for accepted me! your profile looks so aesthetic and cute

BL Categories
SERVER LINK
♡ HI, it's been a while. Our club has been on hiatus for over 2 years, mostly due to COVID and adjusting to life since then. I'm pleased to bring news about us opening a discord server and migrating everything we had from the club to the server. I hope to make it more interactable with this and build a small community again. In case this all seems unfamiliar, the main purpose of our small community was to gather and chat about Boys Love (the genre) and give each other recommendations, have lists of different types of BL and now we've expanded into Manhwa & Manhua. To join the server, feel free to click on the banner or below where it says "SERVER LINK". The link expires in 7 days, if you need a new one feel free to DM me! I hope to see you there! ♡

Most languages, like Acehnese, English, and Japanese... I was constantly trying to listen to what they're trying to say, similar to how we learn our first language from family, but using multimedia instead.

For Arabic, it was mandatory classes back on my high school, and now I forgot most of the words since I don't really have friend that can speak using proper Arabic (not daily/Amiyah Arabic) but my real friends instead (which... ironically, i speak with them less).

Welp, for computer side of thing, I actually started creating so-called "apps" in Google Sheet/Excel formulae. It was quite challenging as each of the cells prints exactly what do you ask to write, and can't dynamically store such variables unless you know how to do it. Then I tried to hop into PowerShell, which is basically CMD but verbose and more powerful by Microsoft, and thanks to those formulae functions, I know how to write a script and automate it. Now, because of PowerShell, I understand Python since the similarity is quite striking lmao.

for html and css.... you could say that it's not really a programming thing kekw

traed Jan 18, 8:24 AM
Oh, thank you I guess is the response to that hah Seeing on your comment you left yourself sorry to hear you’re having a difficult time.

It really is!! Shino made it for me; they're incredibly skilled and talented it's not even fair :'))