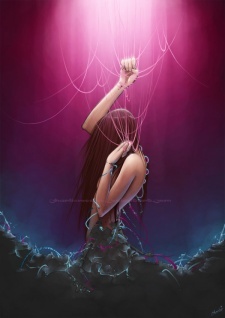 Kimetsu no Yaiba
7 hours ago
Plan to Watch · Scored -

Enen no Shouboutai
7 hours ago
Plan to Watch · Scored -

Ayato-Hiragi Aug 12, 2019 6:18 AM
I tend to finish animes that are worthy and platinum games, Just started Dark souls 3 for the first time since i’ve enjoyed achieving the platinum on Bloodborne

And yeah, people do judge books by their cover a lot (or score/grammar in this case I guess )

As for score, it might be a pointless score thing to add, since maaaybe less than half the people here would maybe use it. Like you said, prob only useful for knowing why someone scored them the way they did.

Nice chat though, thanks for that :a_oksign:

RegalRascal Aug 4, 2019 3:09 PM
Yeah, I know, that was just an example of one component that could be fun in a sarcastic way. (I like a manga with terribly inconsistent art, and it isn't a bad manga by no means, just kinda funny by bits.)

As for fanfics well, I guess the story could be good yeah, but it would be distracting then not be able to read it quicker cuz of grammar. (Maybe the writer should be notified so that more people can enjoy it?) It wouldn't be a bad story, it would just be bad grammar. Components shouldn't throw the whole thing down the trashbin. So maybe add a ''story, grammar, drawing, animation'' criteria instead (For assholes? like me that is, you do you )

I mean it's not like the author got someone to say ''good work, nothing to improve grammar-wise'' so it's not that big a deal I think. It's like studio or publisher ran trhough it first to double check or something -like you said with the manga and animation thing-. And yeah, the production company should be responsable for ''their'' final product's quality. So not the writer or whatever other people were on it's faults.

Don't wanna insult you or your ways of listing thingies, if that came out that way though? Apologies if that seems to be what I'm doing.

RegalRascal Aug 4, 2019 2:37 PM
Yeeeah, or maybe they add a wait to use the rating for ''Entertainement rating'' or ''Production rating'' or add both ways to score with check boxes next to 'em so you can pick what you want to do with your ratings? Just an idea. Kinda dumb maybe xd

But yeah, it IS entertainment. Though you can be entertainment by terribly animateed stuff and it prob doesn't deserve a good score (a sarcastic score maybe lol)

And yeah, some people are just reviewing stuff badly ''cuz it's popular'' or something, and that's also dumb xd (Like, some people rate things either 1 or 10 and that makes me chuckle kinda )

But do see your point as well, people are still gonna people and ruin the fun for everyone else no matter the side lol

And I add them to track what I liked mainly, cuz there are too many titles and I suck at remembering them.

(edit) Also, I just like seeing what people like. Kinda, looking at something I liked on their profile have a ''good score'' makes me wanna read/watch other stuff they liked cuz it might be good or something?

seishi-sama May 2, 2014 11:45 AM
LOL. :D
Well, what's to say... I'm kinda not good at describing things~
First of all, that was totally unexpected. When I first heard they'll be coming to Russia, I was like, WAT? I mean, they're a pretty obscure band, and I've seen obscure (and even pretty well-known) bands coming to Russia, performing in near-empty venues and returning home disappointed.
But then I thought that those bands were mostly just obscure bands... good, but not much different from any other bands out there. And considering Abney Park isn't just any obscure band but a pretty special and unique one, I started to think more positively about it.

And, to give credit to the organizers, they did their best to promote them. They had an autograph session (which I didn't attend because the time and location were inconvenient to me), they did interviews for radio and TV, and in the end, the show was sold out (and the second one in Moscow as well).

So, regarding the show itself... well, the first thing people noticed was absence of Jody (looks like she quit the band), and while some were pretty disappointed, I wasn't bothered much because from the live videos I've seen she was off pitch a bit too often if you ask me. And Captain's voice is pretty self-sufficient, so no big deal. :)
The sound was... well, good for this kind of club I guess, at least the voice and the violin were clear enough. And speaking of violin, in fact I really liked Nathaniel Johnstone and was quite disappointed when he left, but Titus totally convinced me at this concert.

As for the rest... well, some guy here posted the setlist and some pictures:
http://d-stroz.livejournal.com/718768.html
Regarding the setlist, I have to admit I still prefer their...darker songs more, and still think Lost Horizons is their best album, but oh well. Even the songs I didn't like much on albums were really good live.

Anyway, to finish this wall of text, it looks like it was a win-win situation, the fans here loved the shows, and the band enjoyed their time here as well. :)

I remember that we exhanged a few comments YEARS ago, and that I discovered Abney Park via the link you used to have in your profile. So, believe it or not, I just friggin' saw them live here in Russia today. Was awesome. So...um, thanks again. :)

DarkKnight5590 Oct 1, 2013 11:58 AM
Hey there, just randomly commenting. Got any recommendation for a new anime to watch? I recently got myself crunchyroll subscription and I seem overwhelmed. Should I just go alphabetically and watch them all? lol

Valkyrie_Wings Jan 13, 2013 10:18 AM
I agree with you so, so much about reviews on this site.
I can't stand them either. They are a "status symbol" here. Makes me feel resentful toward the MAL community and anime reviewers in general. Which is a shame, really.
You described the 3 types of reviews. The one that bothers me the most is, as you called it, the overly-analytical review. I find them so pretentious. Those 4 or more paragraphs about "the industry" or why anime is so horrible and all good anime is from the 80's and below...really just annoy me. Just get to the review.

Because of the reviews on MAL and ANN, I can't stand to even read them anymore. A lot of times, I feel like going up to one of the "famous" MAL reviewers and just ask them...Why do you even watch anime if you seem to hate everything but Tatami Galaxy and LOGH.

Ok, I just needed to rant about that. If anyone else sees this comment and feels offended, these are solely my opinions. Don't bother telling my how unintelligent I am or how bad my taste in anime is.
^ (it's a shame that this is the climate of the MAL community)