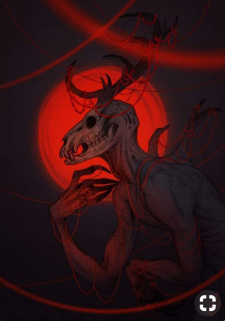 catsighs Aug 9, 3:59 PM
hey, phenomenally late response to this, but any reason for the friend req?
just mildly curious as to whether or not you're someone I know, or if you even remember the reason

Kikkili May 12, 5:01 PM
Wait we talked about this in the DM's right?
It might be better to do that with these sensitive topics = )
btw how have you been all this time?~

-Musouka- May 5, 10:55 AM
I'm not sure what brought you to my profile, but I'm always happy to add another friend with similar interests so thanks for the friend request (bud :P lol)! ^_^

Kikkili Feb 5, 10:25 PM
Oh woww~
No need to apologise!! I'm genuinely interested in these kind of topics
and it's always interesting to get to know more about disabilities and disorders (=´ᆺ｀=)
I mean, I have to bear my own fair share ha~/ᐠ≗ᆽ≗ᐟ \

That's soooo interesting!! It does have a lot of sociopathic traits and it's very similar to autism!
Did you get diagnosed with it by a doctor? /ᐠ.ᆽ.ᐟ \

One of my personalities is comparable to the symptoms you described, but my doc said it's more of
a Protective mechanism I developed over the years to be able to capsule myself from too much drama,
tragedy and to cope better with the harsh environment I've been brought up in... so this personality
popped up and gets triggered when fatal or tragic situations occur.

I think some people would actually wish to have less emotions in their lives and cope with events a lot better that way,
I still think what you have is still more of a superpower, than a weird disorder that makes you emotionless (=^･ω･^=)

Kikkili Jan 30, 12:12 PM
Oh wowww! I've never heard of it before so i googled it /ᐠ｡ﻌ｡ᐟ\
Super interesting! It's a disorder that converts you into an ultra-introvert as it seems 0=

If I might ask, how does it implement itself in your daily life?
(if you prefer not to talk about it I understand♡)

Hmm, well, there isn't much that can be treated about it but I manage,
I usually see my disorders as some kind of special powers with some negative aspects to them (=^ ◡ ^=)
Kinda when you have a superhero with powers and weaknesses hehe~
That way I don't feel bad about it, must always look at the positive sides to a story ^.^

Oh, a blog sounds like a good idea, but I dont have one. I just put them here on my profile. Are you interested in literature?
Also, happy belated birthday!

Royal-Guard-Reli Jan 25, 6:39 PM
You're welcome. I'm really passionate about this franchise and it means a lot to me. >.>

It's funny. I like grinding but not fetch quest...
Ava is an apprentice of Maya which was the siren from the previous game and listen, I know this game doesn't have the most expansive lore but they REALLY fucked the sirens in this game, they retconned the fact that only six can exist at the same time and made it so they exist before the Eridians which were basically the prometheans of this universe. Ugh....

Well hey this is just my opinion humor is subjective you may like it haha.

If you can REALLY hold out I recommend you wait for the complete collection which will have all the dlc and be released probably by the end of the year or early next year. <.<

Wow that's an awful lot of Manga that isn't particularly good!
I hope you at least enjoyed reading it yourself~

Man I actually love Satoshi Kon's creations! Paprika and Perfect Blue are among my most favourite Anime Movies♡
They're so twisted and beautiful!!

I really wanted to get into Devilman: Crybaby , I just don't really feel like watching the original Devilman and haven't figured out
if I need to watch that first in order to understand Crybaby properly...
Gankutsuou looks awesome! (๑✪ᆺ✪๑) That's actually something I'd watch just for the eye-candy!!

Mononoke Hime is in the top tier of my most favourite Anime haha (=｀ﻌ´=) I love weird, gory, crazy and twisted Anime

I know that my taste in Anime has got hard contrasts, it's mainly caused by my DiD (or Multiple personality Disorder),
I just didn't want to list that in my profile too because I thought all the Disorders I listed where already enough haha (ꏿ ᆺ ꏿ)
I guess if I listed it in the profile too, it would explain my largely scaled tastes /ᐠ｡ꞈ｡ᐟ\...

I wanted to get into reading more Manga before bed, it's a good way to calm down and relax C:

Kikkili Jan 24, 2:31 PM
Oooh but I like so much more than moe! (=^ ◡ ^=)
Cute Genres might be high up the list but I also love psychological and completely gory Anime,
which is the complete opposite of Moe haha~~

Keep in mind that I also barely started getting into Anime about a year ago
and that I still need to watch and learn a lot!

Royal-Guard-Reli Jan 23, 2:00 PM
.... You will NOT like Ava haha.
Just finished the game actually and if you want I wrote some brief things: Relax they're not spoilers.


-Holy shit this game has by far the best boss fights out of the entire franchise. They not just bullet sponges where you have to get in cover there are legit mechanics in place specifically in the last boss fights that require insane reaction times.
-The gameplay. Is. Perfect. So perfect. Insanely. I CANNOT go back to the past games I can't.
-Each side quest is amazing in it's own way cant think of one that sucked.
-Really touching ending.
-Controversial but the main antagonist are not that bad, their motivations are just Underdeveloped.

Bad
-Holy shit this game is a chore to get through. 3/4ths of the plot are fetch quest I wanted to die sometimes the only thing that kept me going was the interesting lore at times.. which retcons several things... next bad point.
-Fuck Ava. She literally ruins a chunk of the game and is the worst OC I have ever seen she effectively undermines 2-3 characters (Maya Lilith and Amara)
-Another thing: Worst use of characters in the franchise. this is by FAR the most interesting cast of vault hunters to exist. A girl who was inspired by Roland to join the same cooperation and found precursor-tech he used, improved it, and has a fucking mech. Another Siren that gets us in their lore more. A former employee of handsome Jack that turned into an assassin so dangerous--Jack's best hitman never came back. And finally--someone that is the same species as Zero, the most mysterious character in the franchise. They do NOTHING. So much nothing it makes glaring plot holes. Why isn't Zero talking to FL4K? Why isn't Maze mentioning that: "Hey Roland was my idol." Do NOT play as the siren you will be banging your head on the desk from shit that makes no sense. It's so funny because the credits are FILLED with photos of them together and it's so unbelievable.
-The game's humor and writing is kinda stupid... even for this standard.
So yeah I recommend getting on sale. Worth one run though. Probably two.

Royal-Guard-Reli Jan 23, 2:02 AM
Seriously you have to play and see it for yourself to believe how far its come gameplay wise from where it originally started at. But yeah, the new characters can be etiher very funny or very annoying. T_T
All Comments