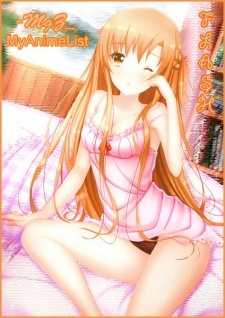 LuckyAlix Nov 29, 2015 6:35 AM
Hello fellow MAL member! :D
Are you a movie addict or maybe just a casual movie viewer? If films, animated or live-action ones are something you like, have you ever wondered about joining a club where you can discuss about your favorite movies with your friends on MAL? 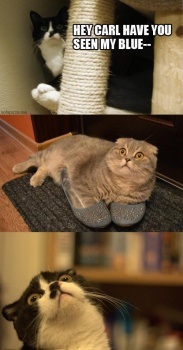 pedrosp14 Jan 9, 2015 11:35 AM
yeah but if you get through the series and watch the OVA (episode 13) you will see that it is not a love triangle, cuz the male main character is not interested in futaba's best friend (he says so). And I heard some people comment that on the manga futaba starts dating another boy and that makes the other guy angry, i don't know. But i am a bit tired of Shoujo to, i think i will watch some action animes before watching another Shoujo XD

crazyspinz Oct 20, 2014 4:25 AM
Well that's understandable. I can mix both tv series and anime together like a mixed diet and still not favor one over the other.

So would you prefer to watch anime/manga over tv series?

crazyspinz Oct 20, 2014 2:19 AM
Why don't you like american tv series? there some good shows from america

crazyspinz Oct 17, 2014 6:36 AM
This as to be the longest loading time ever for a picture to load. lol it's like the picture is going through facial recognition or something

Do you watch The Walking Dead? it's a thrill!!

Now you reminded me to change my profile pic. I put up an olde, now comes the loading

crazyspinz Oct 11, 2014 4:40 AM
Well I'm sure hackers won't come after your account since you have such a captivating eye candy profile pic. They must have principles when attacking accounts. haha

crazyspinz Oct 11, 2014 2:52 AM
Cool! I used to use Shishio's club themes like two years ago until my account got hacked during that time and nearly lost everything i had...hackers.
All Comments