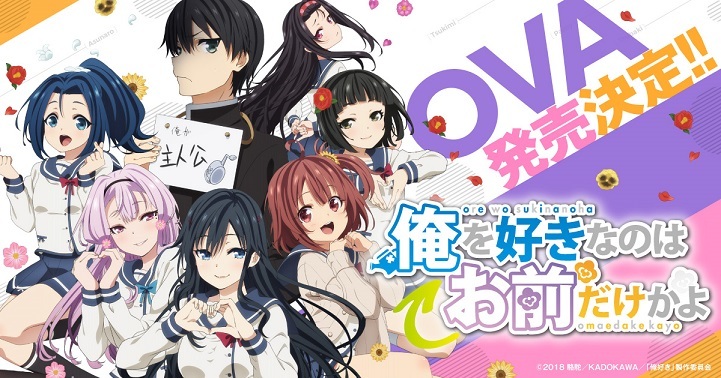 The official website of the Ore wo Suki nano wa Omae dake ka yo (OreSuki: Are you the only one who loves me?) anime series announced an original video animation on Thursday. The episode, subtitled Oretachi no Game Set, will debut at a pre-screening event in early Summer 2020. 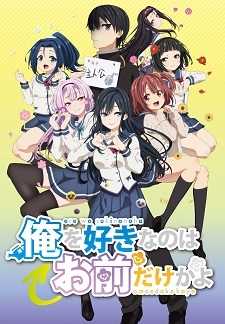 The original video anime episode will serve as the final chapter to the television series, focusing on the rivalry between the "background character" Amatsuyu Kisaragi (Jouro) and Yasuo Hazuki (Hose), "the protagonist."

A special event for the anime will be held at the Kawaguchi Lilia Main Hall on May 16, 2020. The first Blu-ray and DVD volume, which went on sale on Wednesday, includes an application for the advance ticket sales for the event. The applications will be accepted through January 28, 2020.

The television anime adapting Rakuda's romantic comedy light novel premiered on October 3 and ended with 12 episodes on Thursday. Aniplex of America licensed the anime series in North America and simulcast it on Crunchyroll, Funimation, and HIDIVE.

Joey_Vandenburgh said:
How can the OVA be the finale of the manga is ongoing?
More like finale to the first season or the arc I think.

How can the OVA be the finale of the manga is ongoing?

I dislike the fact that the this anime thought it was good enough for either another season or OVA. The ending was nothing more than arrogance. Like they expect the audience to want even more of standard mc and that emergence saki ripof.

It had a decent start with also some decent comedy. But extremely generic plot development and extremely retarded main character left me frustrated. This anime is a 6 for me at best.

better they do more than 1 episode, i was expecting 2nd season but man the cliffhanger ending is ass

I would expect this to be a longer OVA. They really left this series without an ending so it would be nice. Started off well, sort of meh midway through. Hoping this can give it a fairly good conclusion to the series.

I hope it ends good and not leave it open if this is an anime only end. I pray for a long ova too

I hope it will be at least 60 minutes long OVA