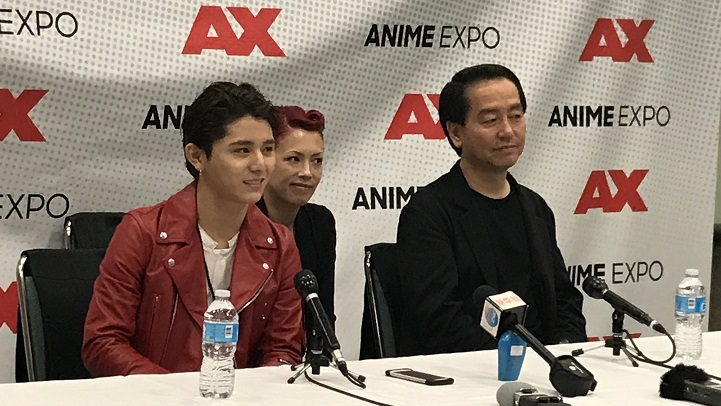 In May 2016, Warner Bros. Pictures Japan announced a live-action film based on the hit shounen battle manga series Fullmetal Alchemist by Hiromu Arakawa. The film opened in Japanese theaters on December 1, 2017, and it became available worldwide on Netflix on Monday.

Arakawa's Fullmetal Alchemist was serialized from 2001 to 2010 in Square Enix's Shounen Gangan magazine and was compiled in 27 manga volumes. In 2003, it inspired a 51-episode TV anime, followed by an anime movie, special, and OVA by studio Bones. A more faithful retelling of the manga, spanning 64 episodes, premiered in Spring 2009 as Fullmetal Alchemist: Brotherhood. The second series also spawned 15-minute and 4-koma specials, as well as another anime movie.

In July 2017, Anime Expo in Los Angeles, California, hosted a panel for the film featuring director Fumihiko Sori and actor Ryosuke Yamada. MyAnimeList and other media representatives participated in the panel about the film production and its global reception. 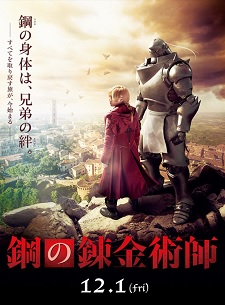 For Ryosuke Yamada: What are some similarities between you and your character Edward Elric, and how did you get in the mindset of portraying the character who experienced so much tragedy and dedicated his life to bringing back his brother?

There are a lot of similarities between me and Edward. It's hard to not find any similarity about us, especially our height and how short we are, but also people tend to look at me and think that I may be a little shy, but I'm actually very outgoing. I have obviously read a lot of the source material, which got me on my best portrayal.

There is not too much of a difference between the two. It's just that both of them have very good stories and heart to them. Fullmetal Alchemist, however, is more visual effects heavy.

Sori: The history behind this production is a Japanese series that's been turned into a live-action movie and I feel like the traces of its history should remain. It comes from a Japanese director, located in a Japanese place and everything is really projected beautifully as is, and I feel like it's on the right track.

Fullmetal Alchemist has been such a timeless story that's been appreciated by many and has been ranked as the best anime for a very long time. Why do you think it's still popular today and some people relate to it? Also, is that why you went on this project?

Sori: So this anime is not just a regular anime… but it has so much philosophy behind it and I feel like… that's the reason why I wanted to do a live-action version of it. It is because then there'll be more fans, and so I feel like it was a good material, not just for anime fans, but for its future fans.

How has this film evolved the artist in you?

Yamada: I was really able to express myself fully, and I even got to know a part of myself through this that I didn't even know existed.

Sori: It's very hard to balance action, visual effects, acting, and all those components, and I feel like through this film we were able to actually achieve those things as well as connecting the visual effects between the characters.

Sori: The difference between shooting in Europe and in Japan was surprising. In Japan, it's very customary to shoot from morning until night, for long days, but it's a different kind of shooting system outside. In Europe and in United States, it wasn't.

We know that this film is receiving so much reception around the world. Do you think it's because of the popularity of the title itself, or is it because of your popularity as the main actor?

Yamada: I definitely believe it's because of the anime. 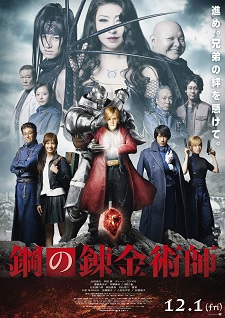 Since you said that you really want to be accurate to the original story of the manga and anime, how did you incorporate your own style to make this film your film?

Sori: For me it's all about facts, as well as balancing the visual effects along the emotions, those are very important to me and that is my style, but it's also the style of the anime itself, so I think it matched well.

Could you share with us the most memorable moment you had while filming?

Yamada: One thing to say, but he looks very kind but doesn't like really give up on anything. He likes it to have a certain way, so going along with that… I remember that a lot.

Sori: There was a scene where he had jump really high… higher than a ceiling There is a scene a running start and a jump-off and even the stunt guy did it first and it didn't go so well he was like "You need practice?" and he was like "No, I'm okay" and just jumped and it was perfect and that was one drop, something like Tom Cruise.

Before, you said if there was enough interest in this movie the team would do a sequel, what are the chances for the film to have a sequel?

Sori: As long as there is a lot of people that watched this movie and loved this movie, we'd love to do that.

For Sori: If you are asked to trade of some part of your body for something in return, what would it be?

It might sound like an over-exaggeration, but I would like to exchange meat for this film to do well and to reach as many audiences as possible. We really really sticked to the manga, and all our staff, everybody, has worked so hard on this film so we love for this film to be successful on its release.

For Yamada: I'd like to know if there are any rituals that you do when you prepare to get into a character, and was there anything in particular that you did to prepare to be in a character?

Especially for a character whose background are sort of dark and sad, they'll go into a corner or somewhere. So I do that as well, I'll go where there's no people and sort of detach myself then come back to the scene.

Interview was conducted through an interpreter and has been edited for clarity. Photography by Naruleach.
Live ActionAnime ExpoInterview

probably wasting my time with this but uh y'know Hollywood had nothing to do this since it is a Japanese film
I thought this one was like Ghost in the Shell... Japanese and Hollywood production?... I mean have you seen the trailer? The graphics are way too good to be Japanese
Live-action Fullmetal Alchemist is an entirely Japanese production. It was produced by OXYBOT, a visual effects and digital animation subsidiary of the TBS network. The company was responsible for visual effects in the 2010 live-action Space Battleship Yamato film, as well as the animation of Vexille: 2077 Nihon Sakoku.

Damn... I guess Japan is stepping up their game... Cuz lets face it... Their graphics really suck ass

probably wasting my time with this but uh y'know Hollywood had nothing to do this since it is a Japanese film
I thought this one was like Ghost in the Shell... Japanese and Hollywood production?... I mean have you seen the trailer? The graphics are way too good to be Japanese
Live-action Fullmetal Alchemist is an entirely Japanese production. It was produced by OXYBOT, a visual effects and digital animation subsidiary of the TBS network. The company was responsible for visual effects in the 2010 live-action Space Battleship Yamato film, as well as the animation of Vexille: 2077 Nihon Sakoku.

Bluekirby2 said:
Nyah_Chan said:
This is the one movie adaptation we actually wanted to be whitewashed...

I thought this one was like Ghost in the Shell... Japanese and Hollywood production?... I mean have you seen the trailer? The graphics are way too good to be Japanese

The movie is out on netflix and weabs already thinks it was made by netflix, God why.

Haven't seen it yet, but honestly, so far it doesn't look that bad compared to some other LA adaptations. Ed's actor is so cuuuute! >w<

I cringed from seeing all those posters...

Nyah_Chan said:
This is the one movie adaptation we actually wanted to be whitewashed...

Why Hollywood... Why?... Why must Edward be Japanese?... Why?
probably wasting my time with this but uh y'know Hollywood had nothing to do this since it is a Japanese film

This is the one movie adaptation we actually wanted to be whitewashed...