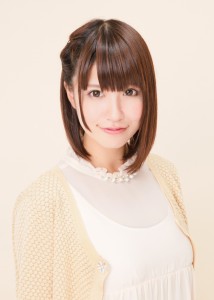 The seiyuu announced via her blog and twitter that she will suspend her voice acting activity as she has been diagnosed with cancer. She will undergo a surgery in August since the cancer is still in its early stages. While her appearance at C3 CharaExpo 2016, which will be held in Singapore on July 9 and 10, has been cancelled, she will be able to attend Doki Doki Festa (Starts July 3) on July 15, 2016.

Sword-Hermit said:
Oh great, another cancer thread. I hope this one doesn't die from it.
yes she a good seyiuu and i enjoyed the shows she was in

Oh great, another cancer thread. I hope this one doesn't die from it.

she such great seyiuu i hope she will get better soon

Noooooo she was really cute in JK Meshi. And she's still too young, damn cancer.

I truly hope she gets better.

Aww... I hope that she gets better soon, how possible! - She is though so young still, she has still the whole life ahead...>_>


Btw, I'd speculate that the desaster from March 11 the reason for this..., but like before mentioned: It's just a speculation.

I hope her surgery becomes successful and gets well soon.

Cancer seems to be taking center stage again lately, with a lot of people dying from it.

Fortunately for her, it's in an early stage, so her chance of recovering is probably higher than otherwise.

Hopefully, she makes a full recovery and will return to (literally) make herself heard again.

and her B-day is tomorrow. Get better yo

I hope she won't die