Sharp like an Edge of a Samurai Sword: Samurai Champloo Opening Song

Check out the super catchy opening tune from Samurai Champloo that introduces fans to both the series as well as to its legendary producer Nujabes! 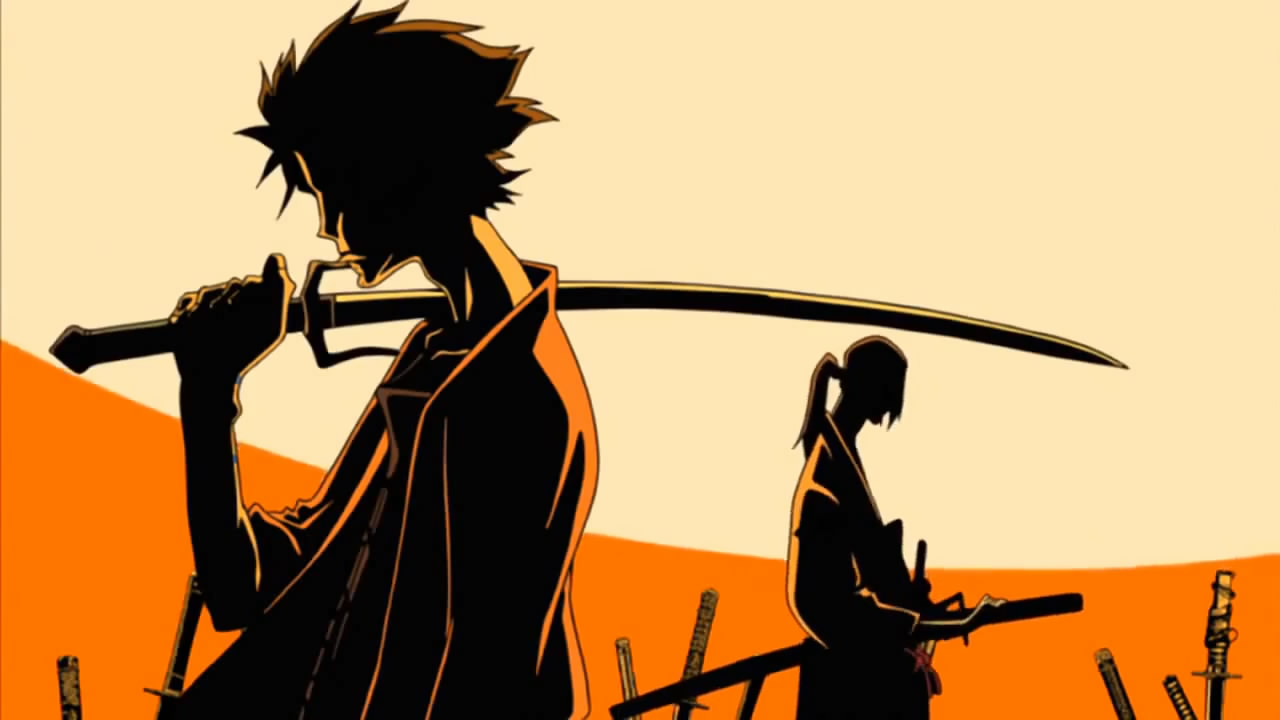 Samurai Champloo is the popular 2004 historical shounen anime series following two completely different warriors, Mugen and Jin, who cannot stand each other but manage to get along after a twist of fate. Their paths cross when a clumsy waitress Fuu saves them and asks them (blackmails them) to join her on a mission to find a certain samurai she is searching for. The famous trio begin their great adventure, filled with endless trials of friendship and courage.

The show is one of the most known series worldwide. However, there are many fans who would confess that the opening song titled Battlecry is the real reason they got into the anime. This catchy hip-hop tune was produced by a Japanese rapper Shing02 and the late hip hop producer Nujabes (Jun Seba). The song is the opening theme for all twenty six episodes and the lyrics are all in English. Nujabes also served as a producer for other songs in the soundtrack.

The opening theme is quite symbolic and the lyrics match with the anime perfectly. In the first sequence, we see Mugen and a rooster, both sharing similar temperaments - cockiness, arrogance and chaos. The same applies for Mugen's fighting techniques, although he is way more intelligent than meets the eye.
Next comes Jin, a cool and composed ronin who represents old-style Japan and the dying system. The octopus stands for his calm temperament, however, under the cold facade he is a strong, swift and quite emotional samurai.

Kasumi Fuu is a clumsy and cheerful ex waitress who holds everything together. She loves food and is searching for someone who "smells of sunflowers". Although she is not sure who that someone is, she is certain of his importance. Kasumi appears to be an airhead, but she is far more clever and beautiful than someone might first assume. She is the one who saves Mugen and Jin, and tries to keep moving forward despite all the difficulties she faces. Mugen and Jin grow fond of her quickly and are willing to protect her with their lives.
The opening song introduces the audience to the characters and their struggles. 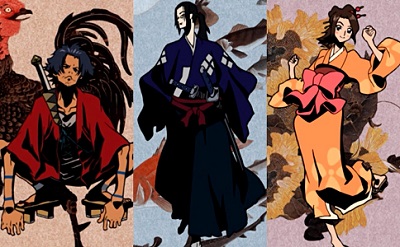 Sharp like an edge of a samurai sword
The mental blade cut through flesh and bone
Though my mind is at peace, the world out of order
Missing the inner heat, life gets colder
Oh yes, I have to find my path
No less, walk on earth, water, and fire.

The Elements Compose a Magnum Opus
My Modus Operandi is Amalgam
Steel Packed Tight in Microchip
On my arm a sign of all-pro
The Ultimate Reward is Honor, Not Awards
At Odds with the Times in Wars With no Lords