Everything about Samurai Champloo is unconventional and fresh. From the graffiti-esque art, to the episodic nature of the storyline, to, most notably, the soundtrack which is a magnificent mix of instrumental hip hop, jazz, and pop music—Samurai Champloo is unlike any other anime.

Let's go “Behind the Music” and take a look at the composers and performers who were instrumental in making Samurai Champloo the powerhouse that it was, and what they are up to today. 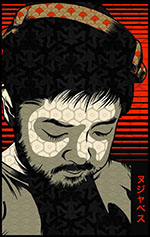 According to Wikipedia, Nujabes was born Seba Jun on February 7th, 1974 in Shibuya, Tokyo, Japan. Working under the name Nujabes (an anagram of his real name) he made a name of himself as a hip-hop producer and DJ.

Nujabes was known for creating fusions of instrumental hip hop beats and jazz to create a very “mellow, nostalgic, and atmospheric sound.”

He said in an interview with Sound and Recording Magazine in 2003, “I started making tracks because I wanted to hear music that sampled the old soul and jazz I liked…I wasn’t thinking about making a song at first. It was more a case of, ‘If I loop a sample from this record, then put another sample on top, what will it sound like?’…When I made my first loop, it was all I listened to for an entire day.”

On February 26th in 2010, Nujabes was involved in a fatal car accident. His death prompted the creation of multiple tribute albums from many artists, continuing his legacy of unique and rich sounds and music.

Nujabes had a hand in a majority of the songs in Samurai Champloo, but the most popular example from the OST is "Battle Cry." 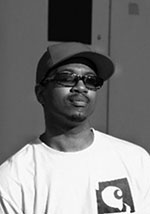 Fat Jon, or Jon Marshall, was also part of the production team. He has worked as an emcee, producer and DJ and is currently a member of the hip hop outfit “Five Deez.”

He has started his own record label, called ample soul, where he seeks to create a place where artists can come and make “music because they love it.” His current projects and other collaborations can be found there: www.amplesoul.com.

Of the songs that Fat Jon worked on, one of the best ones is "Your Purpose," which is originally from his album "Afterthought." 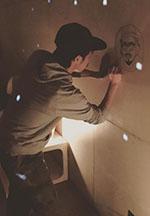 Tsutchie, whose real name is Tsuchida Shinji, is a well-known producer and DJ, in addition to a member of the group “Shakkazombie,” which has had songs featured in anime like Cowboy Bebop.

He likes to keep a low profile, but seems to enjoy taking photos of his (really cute) cats and posting them to his Instagram account, @tsutchie.

"Sincerely" is a great example of a song that Tsutchie worked on on the Samurai Champloo OST.