Things are really starting to kick off with the Dollars in this latest episode of Durarara!!x2 Ten. However more importantly, someone puts a cat on Shizuo's head. 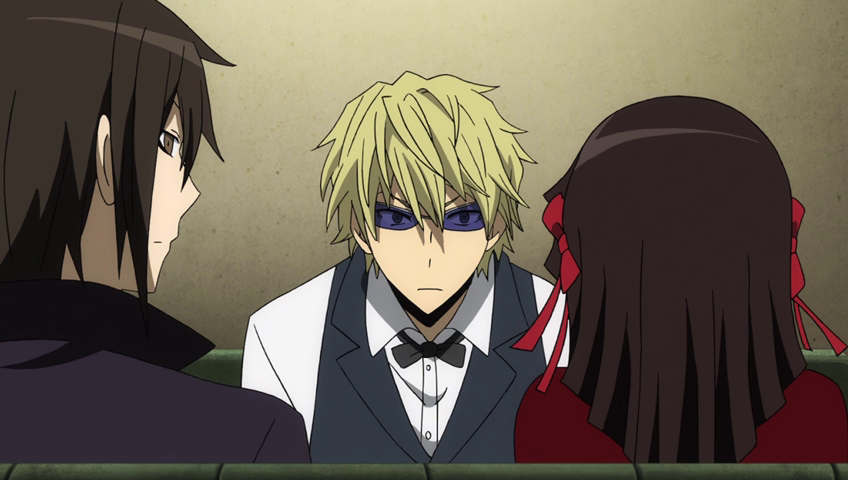 This has been an unusually slow buildup for an arc, even by Durarara standards. Not that the episodes have been bad or anything like that, it's just that they've spent a lot of time rearranging all the new characters so they find their new homes. Last week was spent on Varona, the cold Russian assassin lady, and her new home as a Yakuza debt collector alongside Shizuo. Akane, the adorable little Yakuza daughter, is moving on with her life and making an effort to learn some self-defense. Not sure about what she's started learning, since most of what we've seen so far involves sticking your hands out in front of you and falling over backwards with a very serious look on your face. That's not something I ever did when I learnt self-defense, but maybe it's a judo thing. 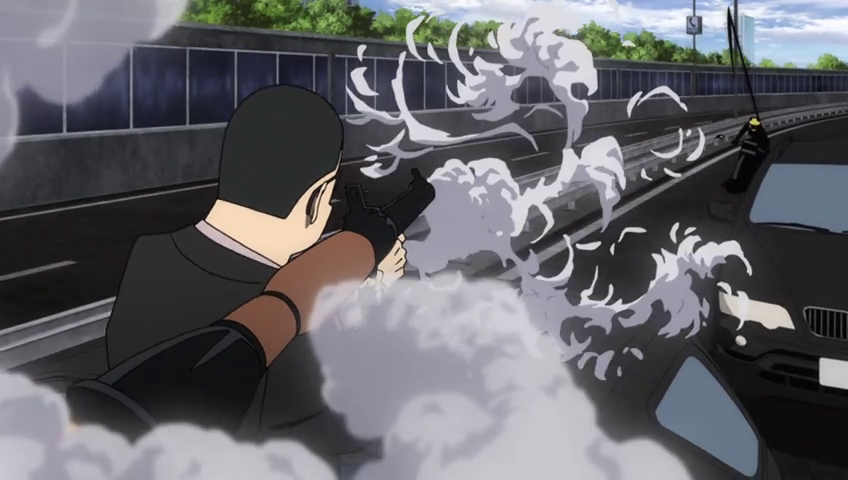 For now though, I can't see this current arc really being about either of them. The story regarding Varona and Akane both wanting to kill Shizuo will probably be the main focus of a later arc. Now it's simply about setting up the pieces for that story to explore later. Varona is more than happy to follow Shizuo around and eavesdrop on him when he's talking to celebrities, and Akane is happy enough learning self-defense for when she grows up, joins the police force and stars as the heroine in Psycho Pass. Hey they both have similar shortish hair so it works. If Baccano and Durarara take place in the same universe then I'm allowed to assume Psycho Pass does too.

(Now there's a fun game. Predict what the psycho pass reading of each Durarara character would be. Izaya would be one of those anomalies who shows up with a rating of zero even while he's knifing people. It's because he loves humans so much!) 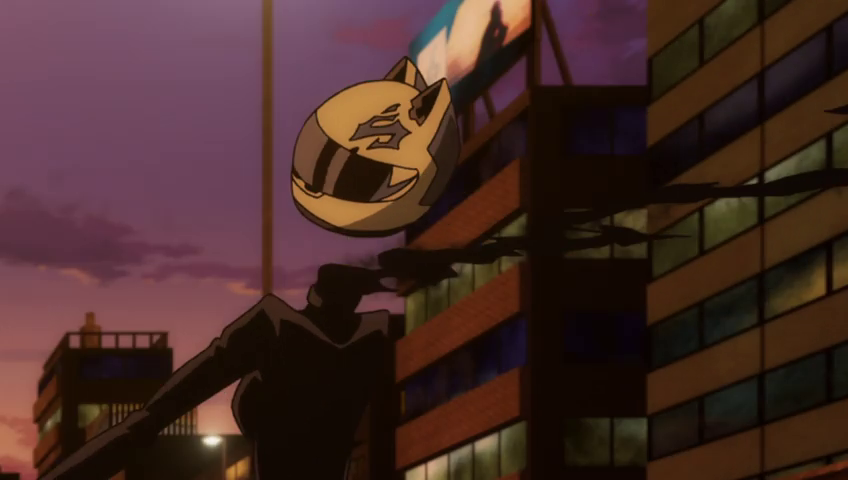 The story for this new arc also doesn't appear to be settling on Celty and her continued battle against that one relentless motorbike cop, despite how much I like that idea. I want more of Celty's head popping off in panic like she's in a Looney Tunes cartoon whenever she sees him. The latest arc also won't be about Simon's initially aggressive rivalry with a nearby newly-opened sushi restaurant run by a large, attractive American lady, but when Simon discovers that she's secretly half-alien it forms a bond between them that eventually blooms into a wonderful romance. No, that's just my Durarara fanfiction. Here's a copy of it and here's a second copy in case you lose the first one. 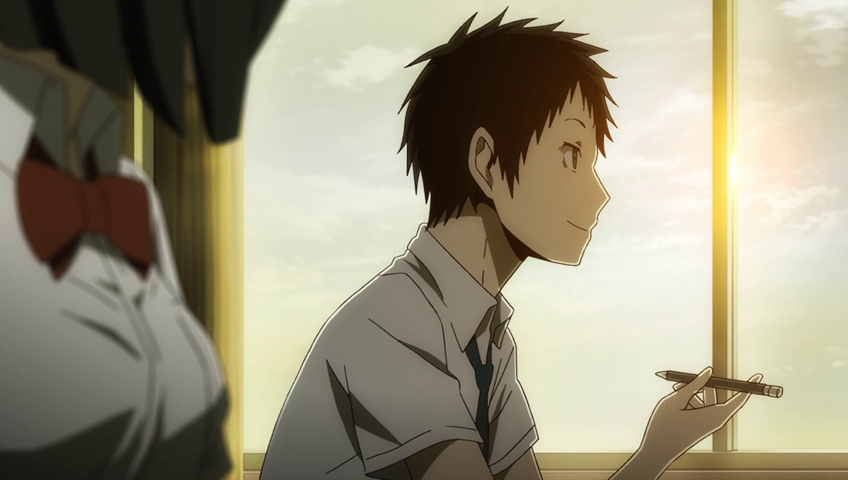 The new arc looks like it will focus on two things. The first being this creepy stalker guy for Ruri and how they get rid of him. The second being the Dollars' newfound integration into the old colour gang wars, with Mikado taking over the Blue Squares and Kida returning to take over the Yellow Scarves while Anri takes over the yet unformed Beige Pantaloons or whatever. They all tie in together, as story arcs always do in Durarara, with this creepy stalker getting his information all through Dollars. Like every free-wheeling internet forum group, no matter what good intentions it might start out with, members will eventually use it to spread naked pictures of celebrities they've gotten by hacking their phones.

So that's where I think the story is heading at least (although I'm sure all you clever clogs who read the novels know about this already). It's clear that every character is being sucked into this Dollars fracture. From Anri visiting Celty and Shinra to Shizuo taking care of his brother to even Kida coming back to town, it all traces back to the Dollars breaking down. Perhaps this arc is all leading to a message that it is inevitable in a completely free environment for humanity to disappoint you. Regulation is ultimately required and your utopia is but a dream. A ballsy message if there ever was one, and something of a counter-argument to that of this season's Gatchaman Crowds Insight. We'll have to wait and see if it goes there first though.