The Female Titan: Strongest Titan in Attack on Titan?

A 14M class Titan, the Female Titan is arguably the deadliest of the Titans introduced over the course of the Attack on Titan (Shingeki no Kyojin) series. Let's take a look at a few reasons why!

The world of Attack on Titans is swarming with an unknown race of humanoid monsters whose sole drive seems to be devouring as many humans as possible―meet the Titans. Their great size and strength make them extremely difficult to handle in combat. It is a well-known fact that any altercation with Titans should be avoided, as they usually result in high casualty rates for humans.

That said, going against Titans is not entirely impossible. Equipped with the 3D Maneuver Gear and proper training, humans have had limited success against them. 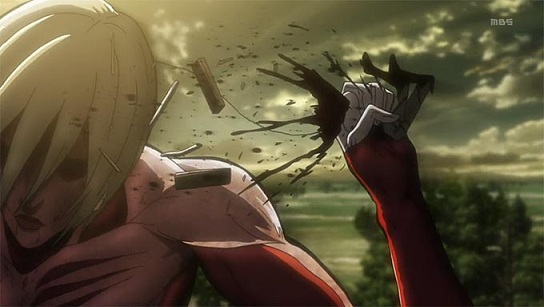 The Female Titan: Skills and Abilities

The Female Titan has demonstrated the ability to understand the language of the humans, being able to react to their provocations and maneuver according to the shouted orders she hears when the humans attacking her are changing tactics. On top of this, she appears to have an in-depth knowledge of how 3D Maneuver Gear works. She is repeatedly shown to easily escape their offensive trajectories, rendering humanity's greatest weapon useless. 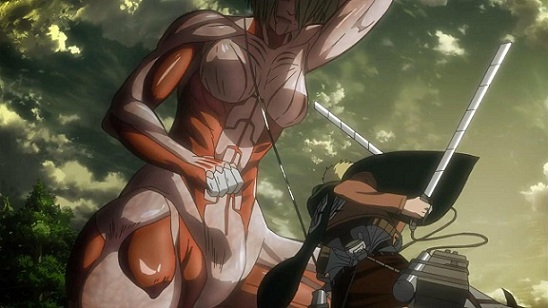 The Female Titan is able to regenerate damaged body parts at will. It is shown repeatedly that injuring her merely delays her progress, rather than put her out of action completely. It appears that she will automatically regenerate wounded portions of her body, from deep cuts to severed fingers. When pressed, she also has the ability to direct her regenerative powers, concentrating them in one area so that a particular part heals faster.

Another skill that makes her so dangerous is her ability to selectively harden different parts of her body into a strong, crystalline substance. Though not indestructible (it cracks under strong pressure), it is sufficiently hard to snap the blades used in the 3D Maneuver Gear, and has been shown to be strong enough to withstand blows from other Titans. 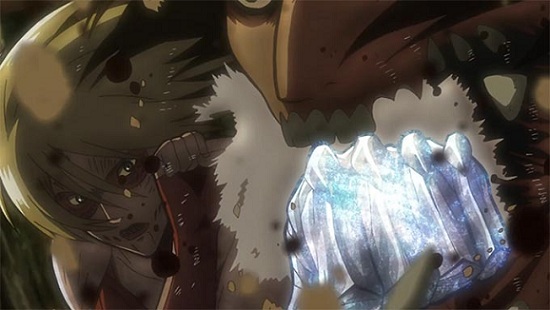 As powerful as she is alone, the Female Titan can greatly enhance her destructive capacities by calling on other Titans to swarm her location. The extent of her control is as yet unknown.

Perhaps the greatest of her weapons is her superb fighting ability. She is agile, quick, and strong. Unlike the majority of other Titans, there is an economy to her movements, which are sharp and direct. Rather than aimlessly lash out, the Female Titan fights with efficiency; none of her actions are wasted, and her various kicks, punches and grapples suggest deep martial indoctrination. 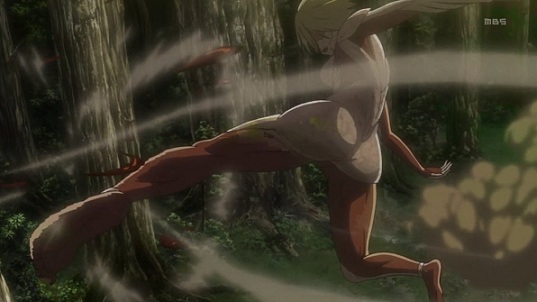 With all of these skills, the Female Titan is a fearsome foe, shown to be capable of taking on entire squadrons of humans and emerging mostly unscathed. If you want to learn her secret, please check out the series for yourself!