What are Luffy's gears and how do they affect our favorite captain?

Gears are Luffy's battle modes in which he utilizes his devil fruit to alter something in his rubber body to surpass its limits, thus improving his fighting capabilities. This change is much like Gokuu's super saiyan levels, but Luffy's gears do not necessarily increase his strength. Luffy's gears are named in order of ascending numbers. Below is a rundown of his two prior gears:

This mode gives Luffy speed and strength enhancements. By using his legs to boost his blood flow, the oxygen and nutrients in his blood are delivered faster, hence giving him extraordinary physiology. His elastic body prevents the tearing effect made by the blood flow's kinetic force.

This mode gives Luffy more coverage and power for his attacks by making a part of his body bigger. To do such thing, he bites an opening into his thumb and blows air inside his rubber bones. Since our skeleton is fully connected by our ligaments, Luffy can transfer the air to any part of his body.

After using gears, there are usually consequences that affect Luffy's health. Notable effects are second gear's fatigue and shortening of life expectancy and the temporary shrinking that accompanies gear 3. However, after the time skip, Luffy was shown to have more control over his gear techniques. The negative effects stopped happening and he could now use his gears without the deadly risks he had once faced.

This evolution led to the creation of the ultimate technique: gear 4.

How and where was Luffy's gear 4 created? 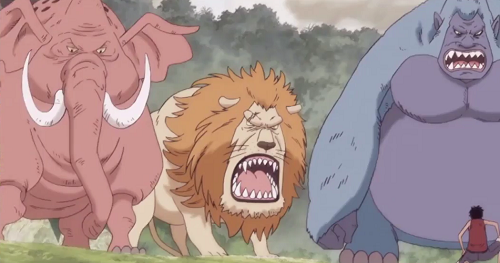 Along with other abilities like his Haki, Luffy developed his fourth gear on an island called Rusukaina. It is where Rayleigh decided to train him to prepare for the new world. It is located northwest of Amazon Lily. The island has forty-eight seasons that change every week and hundreds of monsters strong enough to resist Luffy's strongest pre-timeskip attacks. In a scene in the movie 3D2Y, Rayleigh even told Luffy to be careful and not to die in the hands of these gigantic animals.

After a year and a half of training, Luffy had already mastered the basics of haki. Rayleigh, who was already convinced of Luffy's progress and growth, wanted to go back to Sabody. Luffy then tells Rayleigh that he will spend the remaining six months alone to get even stronger. In the anime, it is most likely that he invented his Gear Fourth in this time frame. However in the manga, Luffy had already mastered Haki way before this time. Some say that Luffy has more tricks up his sleeve. For heaven's sake, he may even invent another gear in the future. For now though, let's take a closer look at the Luffy gear 4.

What are some characteristics of Luffy gear 4?

Luffy dramatically changes form with his fourth gear. While continuously emitting steam, he gains a larger physique and coats his limbs in dark red armament haki. His haki in his arms end at his chest as flame-like tattoos. With dark shades around his eyes, gear 4, also known as Boundman, has an undeniable similarity to his form when he became Nightmare Luffy.

How does Luffy enter gear 4 and does it allow for any special abilities?

Now how does Luffy enter gear fourth? Just like activating third gear, he bites himself, but this time in his forearm coated with haki. He then blows air, not into his bones, but into his muscles, which are more flexible but less sturdy. So just like a balloon, there's the risk of popping due to the pressure in expansion. Luffy addresses this problem by coating his body with haki. By applying the right amount, he can control the elasticity of his rubber to his own will, hence having a reinforced body while still having the bounciness of rubber.

Aside from the given speed enhancement and the gear 4 versions of his past techniques, Luffy also showed us new abilities using his haki-reinforced rubber body. He can now retract his arms, legs, and even his head to build the momentum to make his attacks stronger. He can also use the elastic force to "fly" in the air. Another notable ability Luffy showed us is his Gomu Gomu no Culverin. It is a punch that can be redirected to follow the opponent until it hits. As seen in the anime, it still remains powerful and it didn't lose momentum. Haki enforced attacks are also annulled as Luffy's rubber body can easily bounce them off.

Are there any setbacks to using Luffy's gear 4 ability? 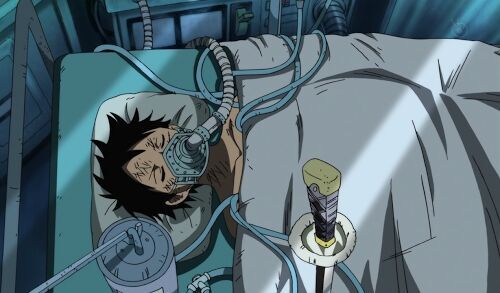 With all that power, there has to be some drawbacks, right? Luffy's bounciness obviously serves as a problem at times. He can't stop bouncing so he can't walk normally. He has to bounce his way back to his opponent again. Another disadvantage is that using this technique severely exhausts Luffy's body. He only has a limited time table to use it. After reaching the limit, gear 4 deactivates and Luffy is left helpless, barely able to move.

Gear 4 has changed Luffy for the better, helping him become the strong leader he is today.

Well, there you have it. The Luffy gear 4 ability is one of the strongest and most versatile techniques in One Piece, as well as in anime in general. It may have some negative effects, but being able to use this technique has helped Luffy protect his dream as well as his friends on numerous occasions. We can only hope to see more One Piece action this epic in the future.

To check out the action first hand, watch the following video of the epic battle between Luffy and Doflamingo in the infamous Dressrosa Arc.