Paprika: Atsuko "Acchan" Chiba
Paprika has one of the coolest openings of any anime. It really showcases exactly what kind of crazy visuals we're in for throughout the rest of the film. Since Paprika isn't bound by the normal rules of reality, she is able to do things like freeze time, jump screens, and move from billboard to billboard, all with a big smile on her face. We follow Paprika around the city in a kind of joyful meditation, which is aided immensely by the song used in the opening. 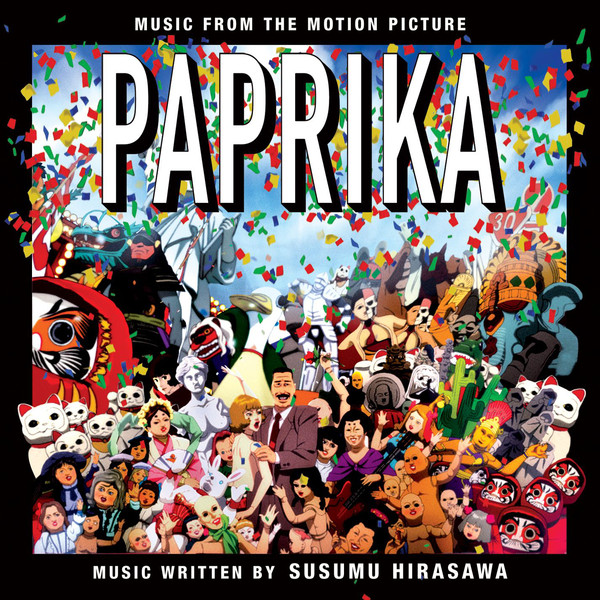 The opening song, "Mediational Field," is one of the most recognizable songs from the soundtrack by Susumu Hirasawa. It features vocals from Lola the Vocaloid, as well as many other voices, instruments, and synthesized beats. The music is an integral part of this opening because it is just as effervescent, frenetic, and multifarious as Paprika herself. It is constantly pulsating and moving; the pauses are few and far between.

Thus, it serves as a perfect accompaniment to the images, which are also constantly moving and shifting. Watching this opening, you get the sense that anything could happen, and the music could change just as rapidly. But, as with the character of Paprika, there is a layer of mystery at the core of the music—it could be one thing one second, and a completely different thing the next. That mystery keeps us hooked, and we want to know more.

At the end of the cold open, where we are introduced to Paprika and Detective Toshimi Konakawa, Paprika gives the detective a card. From there, we jump into the opening credits. Paprika is riding a motorbike - normal enough, right? But then a truck passes, with a decal on its side, depicting a girl on a rocket. Suddenly, Paprika is sitting on the rocket! She peels off the side of the truck and blasts away into the night sky high above the city.

This is such a cool way to establish the most fundamental rule of the film: what you think is real might be a dream, and what you think is a dream just might be real. The line between dream and reality in Paprika is crossed so many times in the opening that it's kind of a shock to the system, letting you know to get ready for a wild ride because the rest of the film is going to be just as mind-bending! 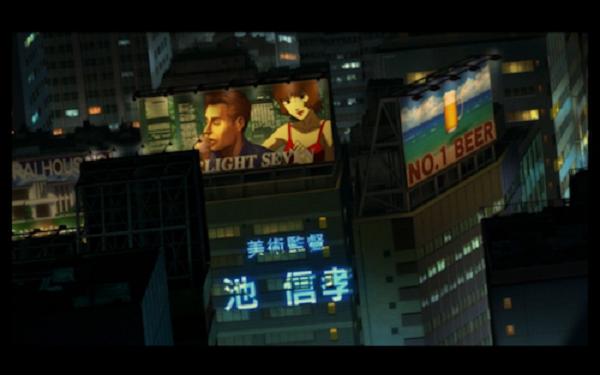 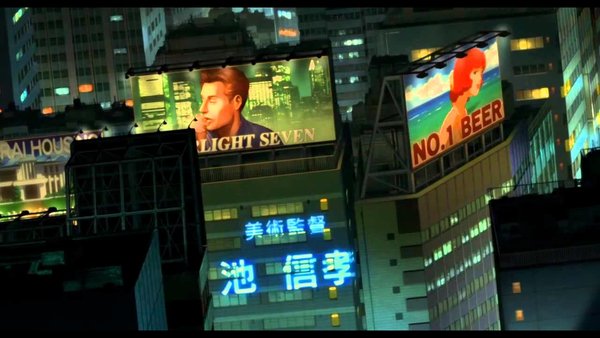 Paprika shows up on a computer screen - but not for long. She's quite considerate, isn't she?

Paprika can stop traffic with a simple snap of her fingers. How effortlessly cool.

I still can't wrap my head around this one. But Paprika sure looks cute!

The opening wraps up with this jump cut from Paprika in the car to Dr. Atsuko Chiba in the car. With one simple cut, the viewers are taken from Paprika's fantastic dream world, where the rules of the real world don't apply, to the more mundane reality of Atsuko's daily life, commuting to work. And thus concludes the short, but wonderfully effective, opening of the film.

This opening could only have been achieved in an animated film. One of the amazing things about animation is that you aren't constrained by real-life physics, and you can truly allow your imagination to run wild. That's exactly what Satoshi Kon and his crew do in the opening of Paprika, combining the striking visuals with the just-as-striking music to bring viewers on an ultra-cool journey into Paprika's fluid dreamscape, where anything can happen, and reality is not set in stone. That's the beauty of animation for you!