Akame ga Kill! really gets the pulse racing. It's got nonstop war, buckets of blood, and vengeance aplenty. But although it's set in an ugly world, there's plenty of eye candy. Sexy, sensual, sadistic—let's look at some of the hottest moments of this epic action series! [Mild spoilers only]

Welcome to the Capital, Kid 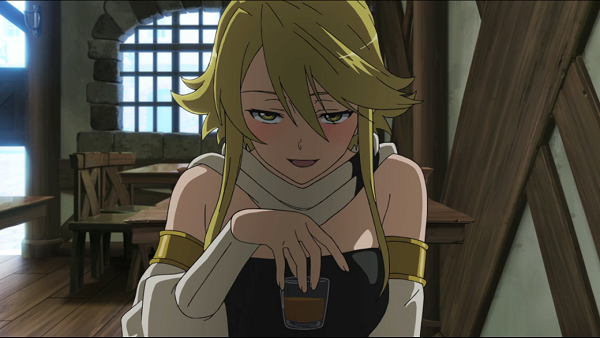 After Tatsumi gets rejected from the Imperial Army, Leone lures him out drinking with the promise of a job lead. Our first encounter with Leone teaches us that she's beautiful, street-wise, and able to hold her liquor like a champ. Just look in her eyes: who wouldn't want to get swindled by her? 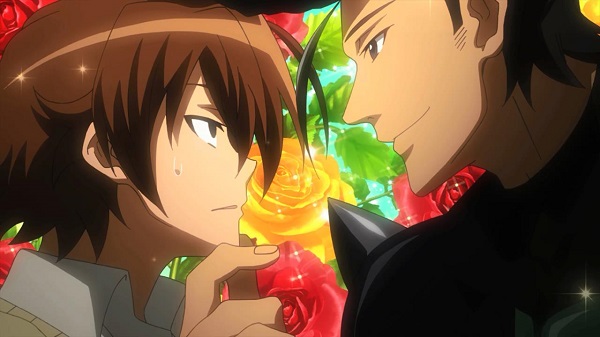 Ahh, Bulat. The "Hundred-Man Slayer" is a hero on both sides of the great war, and with the Imperial Arms Incursio he's all but invincible. But "Bro" is a huge softie under all that rock-hard muscle, and nobody knows that better than Tatsumi. Bulat's flawless pompadour and smooth aura work their way into Tatsumi's dreams...and ours as well. 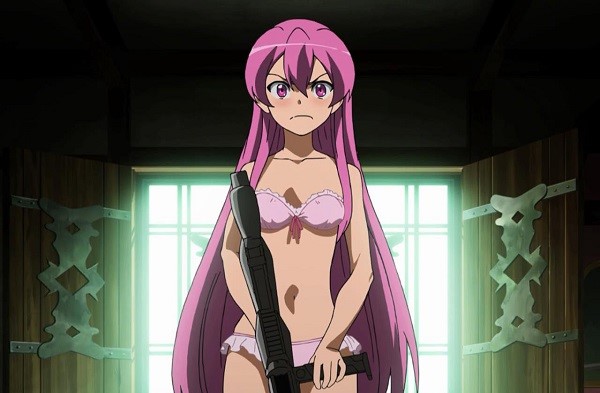 Poor Tatsumi. Night Raid mixes training with hazing, and he gets tricked into walking in on Mine while she's changing. We all expect Tatsumi to get hurt, but Mine takes it up to eleven and almost vaporizes him with a near miss from her Imperial Arms, Pumpkin. Top that, Love Hina!

What Does It Do? 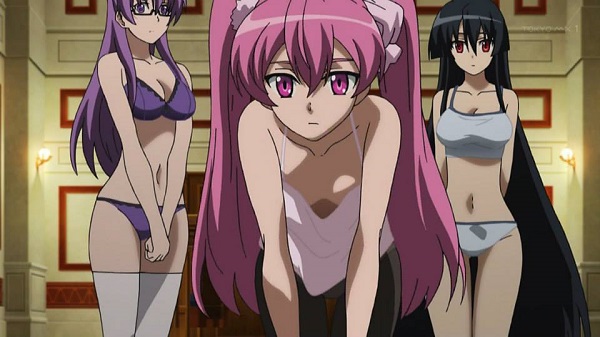 Not everyone can use every Imperial Arms—you have to be compatible with one to wield it. When Night Raid obtains the Imperial Arms Spectator, they test whether Tatsumi is capable of using it. Spectator allows one to discern an opponent's intent with mind-reading and X-ray vision. The jokes write themselves. 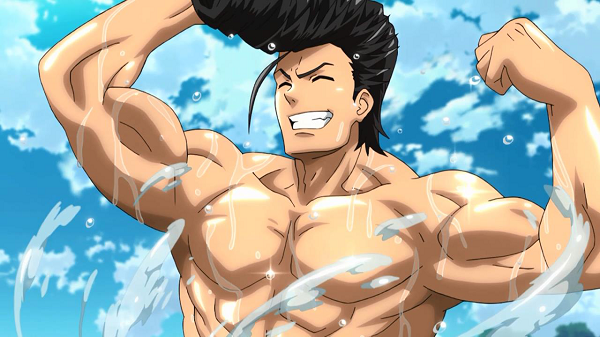 While Sheele trains Tatsumi in the ways of an assassin, she opens up to him about her bloody past and her introduction to Night Raid. Right after she finishes her story, Bulat makes a magnificent entrance from the river behind them. If only more sad stories ended that way. 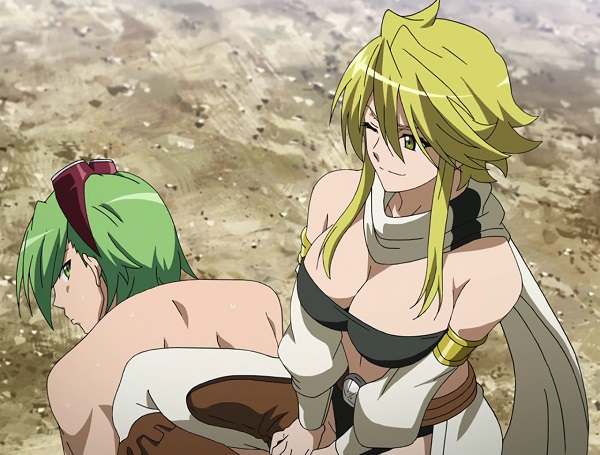 How does a master assassin stay in shape? Plenty of cardio and muscle training, for starters! For Lubbock and Tatsumi, this involves doing push-ups while Leone and Akame sit on their backs. One gets the feeling that Lubbock's just fine with that, and so are we. 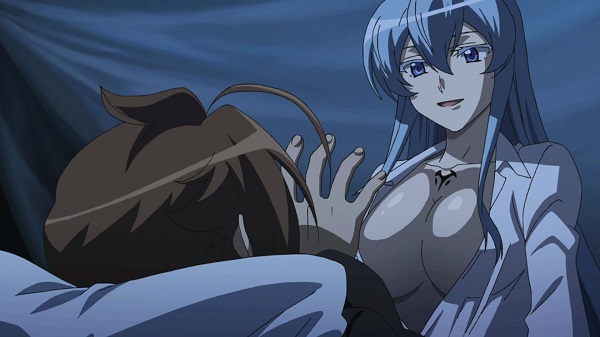 When a dressed-for-bed Esdeath tries to seduce Tatsumi, he tries to convince her to join the Revolution in the name of the greater good. Her response? She slaps him. Then she licks the bruise. Then she says "The universal law is survival of the fittest. The weak are eliminated by natural selection." So cold...and yet so hot.

The Beach Episode (Part I) 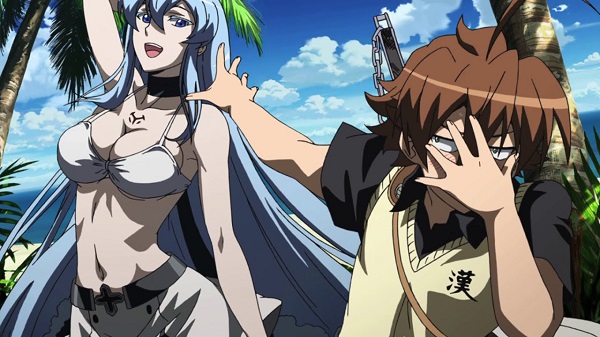 After Tatsumi and Esdeath are teleported to a remote island, we're treated to a montage of them gathering supplies and exploring. By the end of the day, Esdeath's unbuttoned that stuffy uniform and is acutely aware that they're alone together. But even in a tropical environment, the shy Tatsumi is still wearing that sweater vest. Different kind of hot. 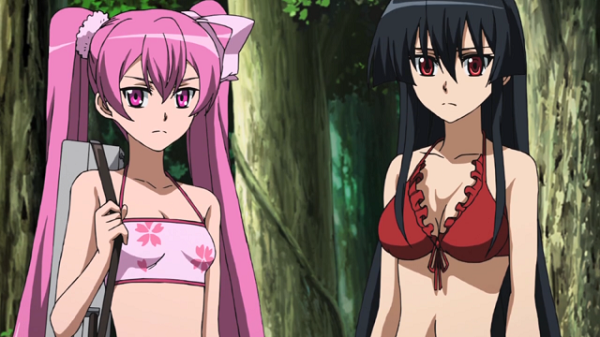 As part of a diversion and reconnaissance mission, Night Raid take an undercover vacation to a lake near their hideout. It's everything you look for in a beach episode: chiseled guys in trunks, curvy girls (plus Mine) in bikinis, and the ever-pervy Lubbock getting taken down a peg. 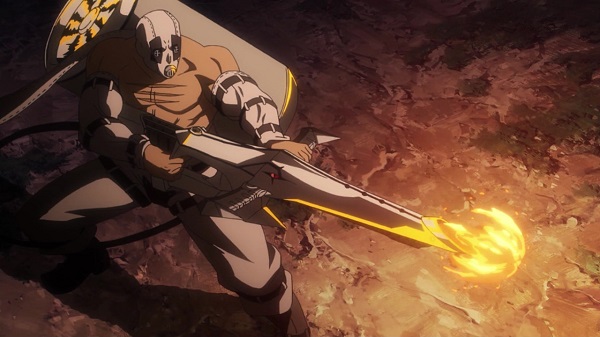 When Night Raid and the Jaegers do battle in a canyon, Bols finds himself the last Jaeger standing—and his Imperial Arms Rubicante is broken! In a last-ditch bid for survival, he throws the fuel tank into the air and detonates it, creating a fireball visible from the Capital. You don't get hotter than that.