There are three army regiments in the Attack on Titan (Shingeki no Kyojin) series. They risk their lives to protect humanity from the titans. Get to know more about these regiments below! 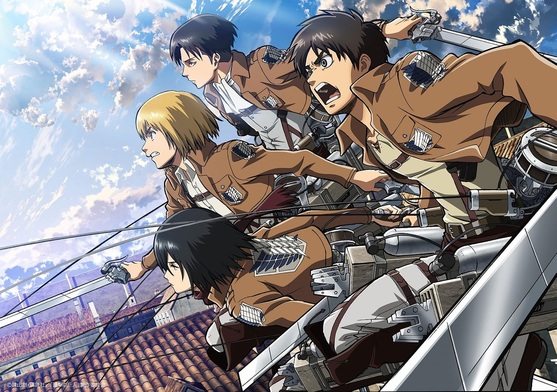 The military forces in Attack on Titan have three divisions. They are trained to fight against the titans using the 3D Maneuver Gear and to protect humanity when the titans breach the walls. 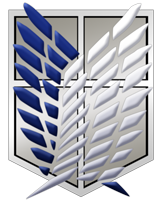 The Survey Corps, also called the Recon Corps or the Scouting Legion, is the military regiment which has the most contact with the titans. They are also the smallest unit, having only around 300 soldiers. Aside from fighting the titans, they study and get information about them, thus they often go outside the walls to explore. They are said to have the best soldiers and are considered to be the most skilled when it comes to using the 3D Manuever Gear. Despite having little success in their explorations, not to mention low survival rates, they are still considered to be the "hope of mankind." Their insignia is known as the "Wings of Freedom," which symbolizes the hope that their efforts will change the world. 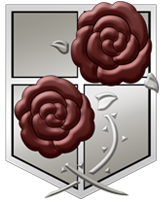 The Garrison, also known as the Stationary Guard, is the largest of all the military divisions, having over 30,000 soldiers. It protects and maintains the order inside the walls. The Garrison soldiers are trained to be capable in different kinds of tasks, such as crowd control, defensive battles against the titans inside the walls, as well as cannon and rifle usage. They make sure that the defenses for the walls are fully repaired and improved. The Garrison is also responsible for the safety of the civilians and fighting the titans when they breach the walls. 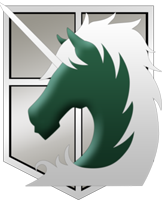 The Military Police is considered to be the most prestigious because of their nature of work, which allows them to live safely within the walls. They have higher authority compared to the other military regiments. They are the primary police force inside the walls, thus, they are responsible in maintaining peace and order, as well as guarding the King. The Military Police is composed of around 2,000 soldiers, with their forces divided between the major districts. They usually carry rifles, and since they are the military regiment with the least contact with the titans, they need to have special permission when it comes to using the 3D Maneuver Gear. They are also in charge of land distribution as well as tax collection.

As humanity’s defense against the titans, the military forces are trained to fight against them as well as get more information about them.

Be sure to catch Attack on Titan to watch the regiments in action!