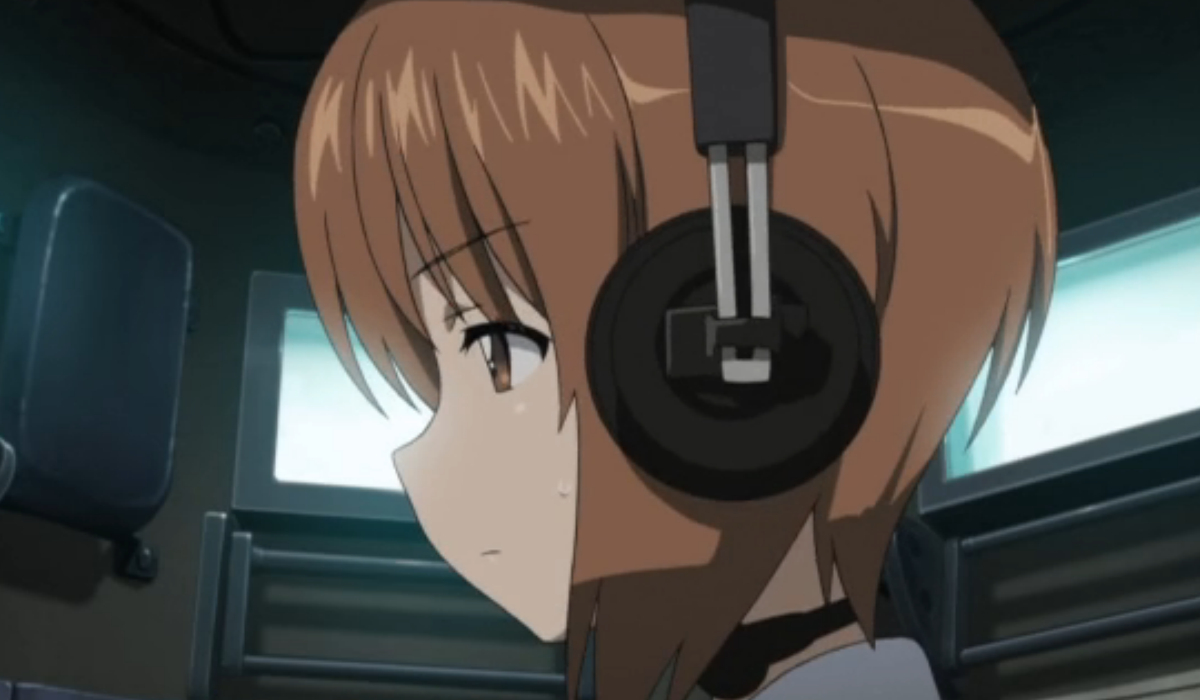 Girls Und Panzer follows Miho Nishizumi as she begins her new life at the Ooarai High School for girls.

The series begins like any other slice of life, Miho making new friends, talking about their habits and interests. It isn't until the class president shows up that the audience gets their first hint towards Miho's mysterious history.

Every student is required to choose from a list of electives. Normally this would mean picking between a list of normal activities like flower arranging, incense, or ninja classes. This particular year, the president and her friends decided to re-open the school's old tank club. The tank club teaches the art of Sensha-do, the way of the tank. In this anime, Sensha-do is actually a common sport around the world. HIgh schoolers compete in teams against other schools in live tank battles. The competitions usually play like paintball. Once a tank takes enough damage, they're out.

The Nishizumi family comes from a long tradition of Sensha-do commanders. Thanks to a bad experience, Miho Nishizumi doesn't want to participate in Sensha-do. In fact, she moved away from her family and joined a whole new high school specifically because Ooarai doesn't have a Sensha-do program. If that weren't bad enough, the class president really pushes the attractiveness of joining the new Sensha-do club. Members are given a lot of leeway in school, being allowed excused tardiness, and giving the club members three times the usual credits for passing. Although, Miho refuses to join at first, her friends get really excited about the idea.

Thanks to a little strong-arming from the president, Miho and her friends eventually join the Sensha-do club and go on to competing against other high schools. Miho has to learn how to overcome her own insecurities because she's the only one who can give Ooarai High School a chance at victory against their more experienced and better equipped rivals.

Relationships are formed. Lives are saved. Families are pieced back together. People complete their paths to self-discovery and find their own way in the world. But underneath its soft and friendly exterior, the adrenaline pumping action awaits. 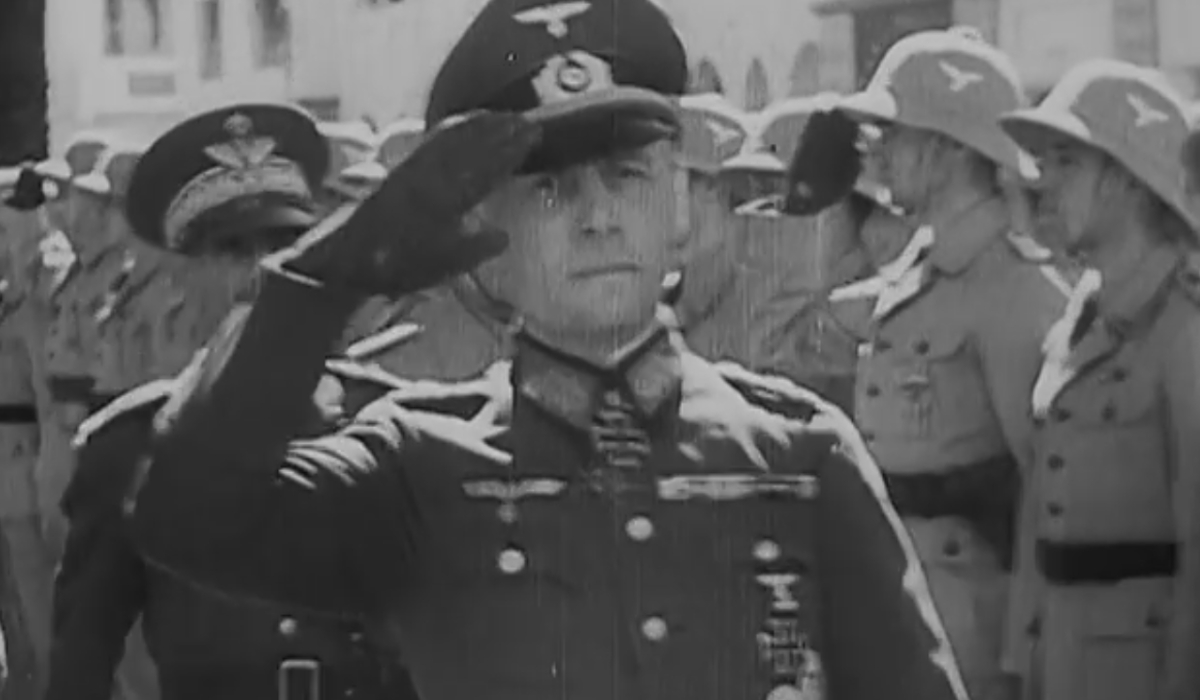 The more significant historical connection is the Panzer. The Panzer was the backbone of the German tank division during the second world war. One of the most memorable roles the Panzer played during the war was during the German African campaign under the command of Erwin Johannes Eugen Rommel.

During the African campaign, the British had been dominating the Italian forces. The Axis powers were on the verge of losing the continent completely when Rommel was sent in to control the situation. Thanks to his brilliant maneuvering and unorthodox tank strategies, Rommel was able to accomplish his mission against the British, earning him the nickname Desert Fox. Why is Rommel so important to the series? Well, Miho uses similar tactics. In fact, Miho is so good at out-thinking and out-maneuvering her opponents that she sets herself apart even from her own family.

The famous style of the Nishizumi family emphasizes strict formations and accurate shots. This essentially makes them like an unstoppable hammer which is almost the complete opposite of Miho.

Rommel would annoy and worry his fellow offices, and Hitler himself, with his somewhat reckless tactics. For example, Rommel would often lead his troops far ahead of his fellow officers. So far ahead, in fact, that he would often be out of communications range for long periods of time. It got so bad that Hitler, being a huge Rommel fan boy at the time, paid a personal visit to the famous tank commander while the battle for Africa was still going on just to make sure he was still alive. A more important example, in relation to the series, is Rommel's ability to put himself into deadly scenarios that in all probability should have ended in defeat, only to come out the winner.

One of Rommel's most interesting techniques was to equip Volkswagens with propellers to kick up dust, making his rather small detachment appear much larger than it really was.

Miho uses similar tactics in her battles against Saunders High School and, more prevalently, against Kuromorimine High School. During their battle with Kuromorimine, Miho had their tanks equipped with smoke screens and made up maneuvers to kick up dust. Of course, their opponents already knew how many tanks they'd be facing, but the dust did give Ooarai the cover it needed to escape certain defeat in the first few minutes. It made them harder to hit and gave them the time needed to re-position. 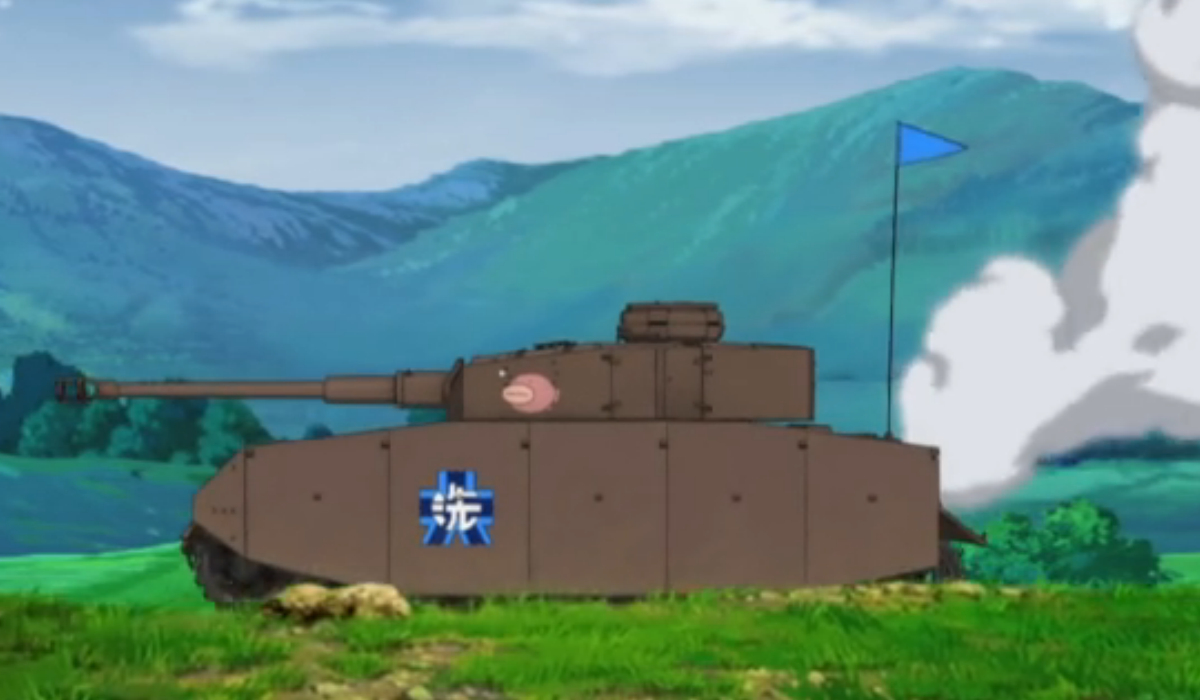 Ooarai's first battle was against the St. Gloriana High School for girls, a school that used British tactics and tanks, centering on strict discipline. Their next battle was against Saunders High School which was modeled after America, using their large budget, powerful tanks, and overwhelming numbers to defeat their enemies. Another major battle was Ooarai's battle against Pravda High School, a Russian Soviet Union themed school. Their team was the most willing to sacrifice tanks to pull opponents into traps. With the exceptions of Anzio, an Italian school, and Kuromorimine, a German themed school, every school Ooarai faces was part of the Allied Forces during the war. However, even though World War II stars as the backbone of the series and despite having tank battles as the focus, there's still something to be said about the most unique elements of Girls Und Panzer. 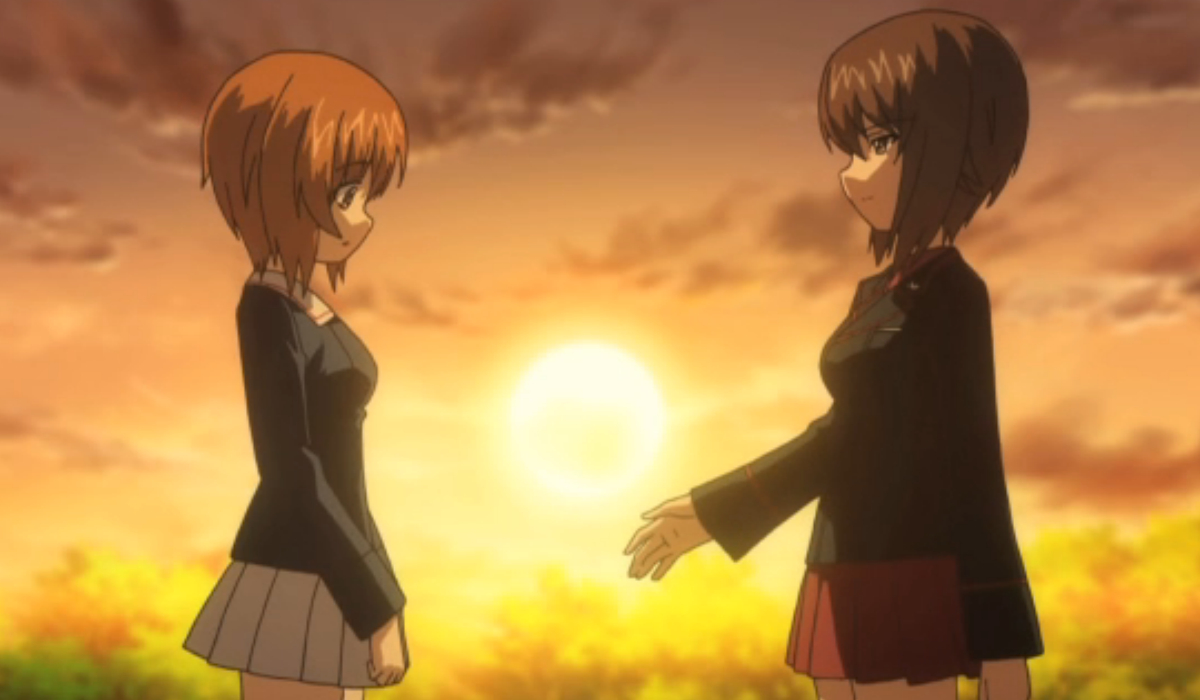 Girls and tanks are an unusual combination in a non-war setting, but they're not the most unique things about the anime. The most refreshing and most defining aspect of the series is the unshakable sense of sportsmanship. The best thing the girls bring to the table is their strong sense of friendship and almost complete lack of malice throughout its run.

The plot of Girls Und Panzer is similar to an 80's sports movie. The underdog team competes for the championship in order to save something with the win: saving their team from being disbanded, saving the school from being closed, etc. Even without an actual war going on, these types of plots would still pile on resentment and heated hostility that goes well beyond rivalry. The hostility can get so bad at times that rival teams might engage in physical violence outside of games or attempt to cheat. That doesn't hold up in Girls Und Panzer. The series goes out of its way to show how much it defies the norm.

Sensha-do is about fair competition and not war. The writers even set up stereotypical scenarios that might put the audience on edge, introducing opportunities for the Ooarai opponents to act like bullies. For example, one of Miho's friends sneaks into Saunders High School to get some insight on their battle strategy. She manages to get the information, but gets herself caught, forcing her to make a hasty retreat. The next day, the commander of Saunders High School still treated Ooarai with genuine kindness and even laughed about Ooarai pulling one over on them. The closest thing any team gets to cheating takes place during the Saunders match when a tank sub-commander managed to tap into the Ooarai communication network, which wasn't illegal. The Saunders commander considered the act to be in bad taste and decided to even the odds by lowering her own numbers, attacking Ooarai with even numbers. Had Saunders used all their tanks, Ooarai would've lost.

Miho ends up winning the hearts of every opponent she faces. No one is resentful. No one is bitter. Everyone is just there for a great competition－no hatred or malice here, just friends trying their best to overcome the challenges waiting for them. 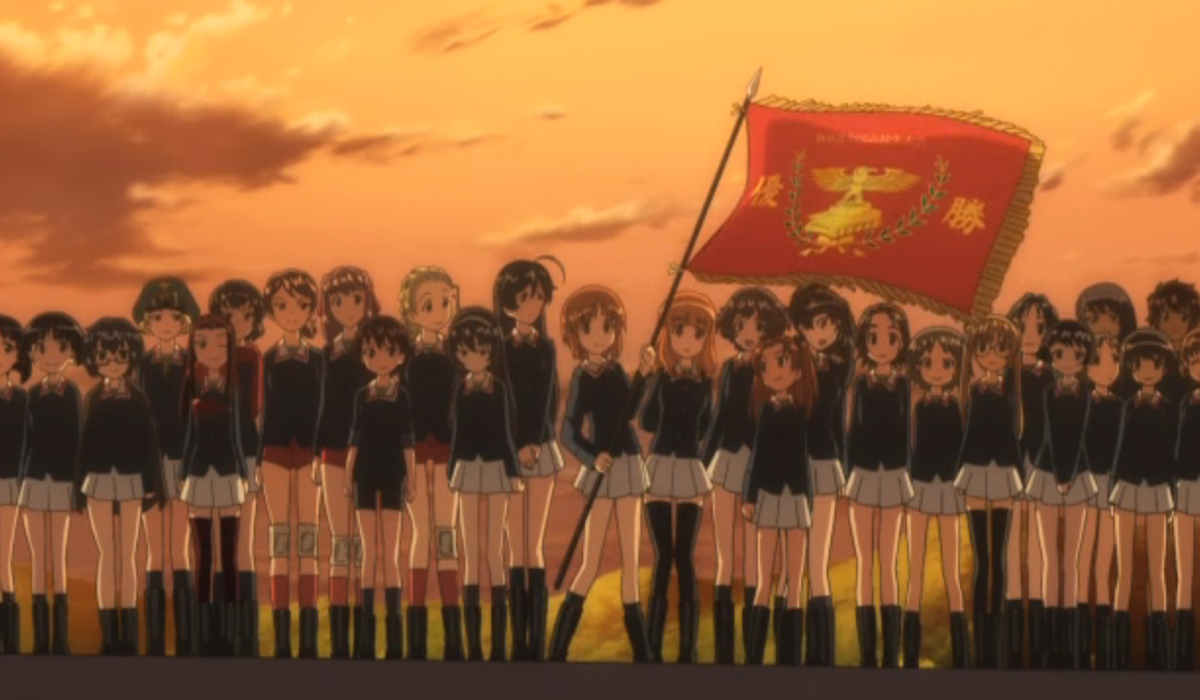 World War II was a horrible tragedy. Millions of people lost their lives. It's easy to see the enemy as a faceless target. The best thing Girl Und Panzer does is to bring humanity into such a horrible time in history. Every character in the series, be they Ooarai students or not, are real people. No one is faceless. The slice of life part helps the main characters relate to the audience as well rounded characters. Having the girls of the rival schools act so similar to the main characters forces the audience to see Ooarai opponents as just people who happen to go to another high school. When Miho faces down her own sister to save her school, it shows that whatever the viewer might take away from the series, be it interesting characters, cool battles, or relateble drama, it's important to know that no matter how powerful or cruel the other side might, be they are still only human.