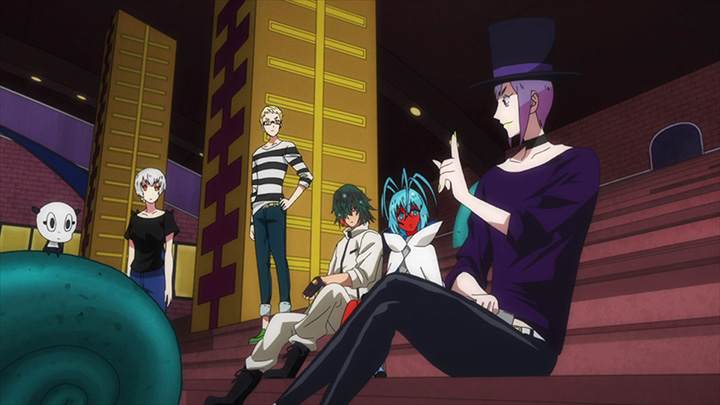 I still have vivid memories of watching Science Ninja Team Gatchaman as a child during the 90's. Little did I know back then that the series was much older, dating as far back as 1972. Naturally, when I first saw the title Gatchaman Crowds Insight, I assumed I was in for a sequel or in the worst case, a remake. I was wrong. The only similarities between the original and the new show is the core concept: a team of masked superheroes fighting against evil. My initial expectations were crushed, but as the series progressed, I soon warmed up to it.

As I expected, I wasn't the only one who found it enjoyable. The series has proven to be successful enough to have not one, but two seasons: Gatachaman Crowds and Gatchaman Crowds Insight. This article is an analysis of the second season.

The new series brought with it a change of tone. While the first version of Gatchaman has a very optimistic theme, the second one tends to be more pragmatical and could be synthesized as “good intentions gone wrong.” To develop this theme, three new characters were introduced: Tsubasa Misudachi, Gelsadra and Rizumu Suzuki. 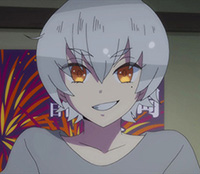 Tsubasa Misudachi is a second year high school student and the grand-daughter of Yū Misudachi, a famous pyrotechnician. The world is filled with nuances of good and evil, even bad things such as conflict can lead to progress, but Tsubasa is unable to grasp such complexities. From her point of view, all conflict is bad which further leads her to believe that Gatachman’s sole responsibility is to fight whomever is the source of strife. It was only natural that she and Gelsandra got along superbly because they both shared the same basic understanding of the world.

Gelsandra is a red-skinned alien who looks like a child. His exact age is not certain. 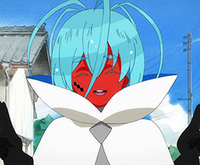 The moment I saw him getting out of his spacecraft, I was overwhelmed by his cuteness! Gelsandra’s voice, appearance, and even the way he uses his power by twirling and then chanting “Ge-lu-lu-lu-lu” makes him look innocent and allows others to trust him unconditionally. His biggest desire is to unite people and, in doing so, end all conflict on Earth. Initially, his idealistic views seem to be legitimate and even feasible, creating his own cult of personality, but human nature will always prevent complete unification. As the anime progresses, we see that he considers even death an excusable means to an end. His once pure intentions are turned into dark insanity. Gelsandra may be the real reason why animals instinctively fear red. 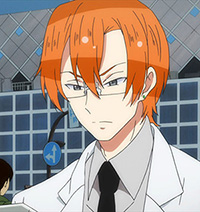 Rizumu Suzuki thinks that humans will never truly be ready to use CROWDS without destroying themselves. As such, he finds it necessary to stop CROWDS at all costs. To achieve his goal, he establishes the anti-CROWDS organization VAPE (short for Violent APE), whose members use red colored CROWDS for terrorist acts. One of their first attacks was against prime minister Sugayama, then they pitted the red CROWDS against the blue CROWDS on the streets, all of their attacks were foiled by the Gatchaman team and Rizumu Suzuki ends up in prison.

The animation style, theme, and overall feeling of Gatchaman Crowds Insight are unique and haven't been duplicated in any other anime. In order to meet the challenge I stripped the whole anime to its essence: an anime about a superhero team. Below are a few titles that would fit the necessary criteria. 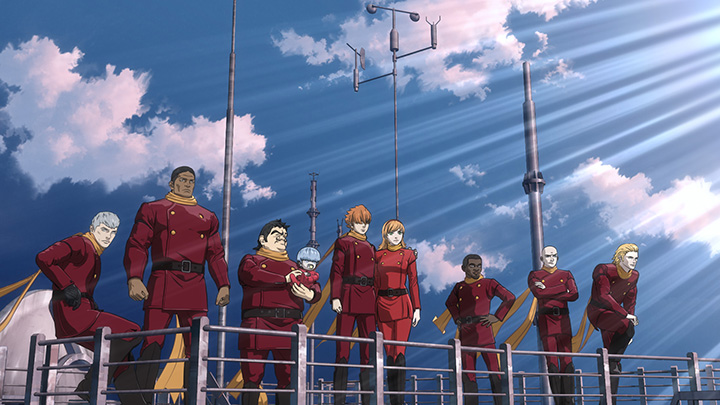 One of the first-ever Japanese superhero teams is from Cyborg 009. The first incarnation was as a manga in 1964. Since then, the story has been adapted into several anime series, a graphic novel, as well a feature anime film.
All members of Cyborg 009 have their own individual powers, but function best as a team. What made the anime stand out from other anime was the sheer ethnic diversity of its characters, ranging from Native American to Japanese to French and so on. 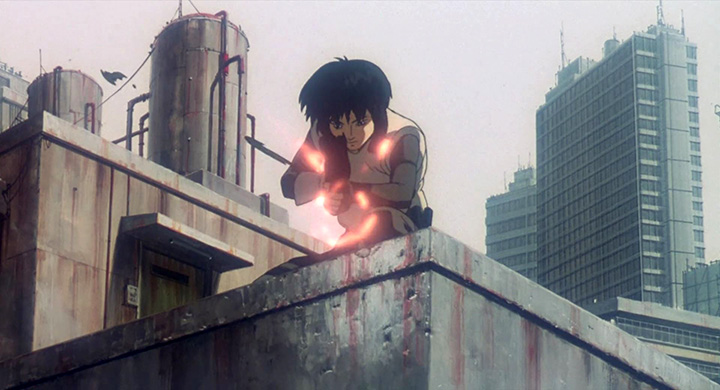 Another famous team of cyborgs can be found in the well-established media franchise Ghost in the Shell. All of the members of Public Security Section 9 have cybernetic implants which grant them superhuman powers. Just like Gatchaman, Ghost in the Shell has a philosophical side to it. Questions such as "Is the human brain enough to be human?" are asked to make viewers use their mind and think what's defining for the human race. It's animation is top-notch, its story is unpredictable, so if you haven't already watched Ghost in the Shell you should. 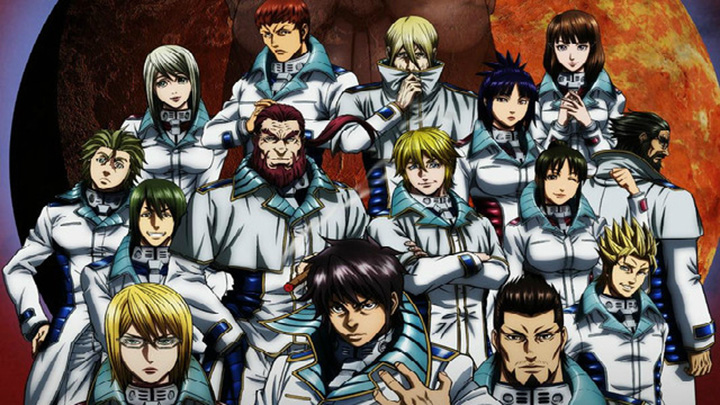 While Ghost in the Shell is the definition of cyberpunk, Terra Formars goes more towards biopunk. The team in this anime is formed by a group of select humans whose physiology has been augment by a surgical procedure, meant to infuse them with insect powers. Their aim isn’t to fight a group of villains rather a group of over-sized bipedal cockroaches on Mars in hope of finding a cure for a dangerous disease on Earth.

Who should watch Gatchaman Crowds insight?

Anime fans who want more from an anime series than just superheroes fighting villains should definitely watch Gatchaman Crowds. If you enjoy watching an alternative view of the near future, then this anime should satisfy you. Not to forget, if gender-bending, human-alien hybrids and excellent cross dressers are something you would like to see, this anime will not disappoint. Gatchaman Crowds Insight is one anime that manages to both redefine gender and our means of communication, and also remind us that brutal dictatorships should never resurface, regardless of their "good intentions".