What makes a cool anime? Even anime fans have anime shows they determine to be "cool" and and "uncool"! But what makes a cool anime? We think that anime need to be memorable enough to watch even after the season has passed. Cool anime should be at the forefront of their genre, either exemplifying everything that genre does well, or push new boundaries. Cool anime should also have a dark side, or explore deeper themes. They should be fun to watch, but not afraid to make viewers think or feel.

Here are 20 of the best cool anime that you should check out! 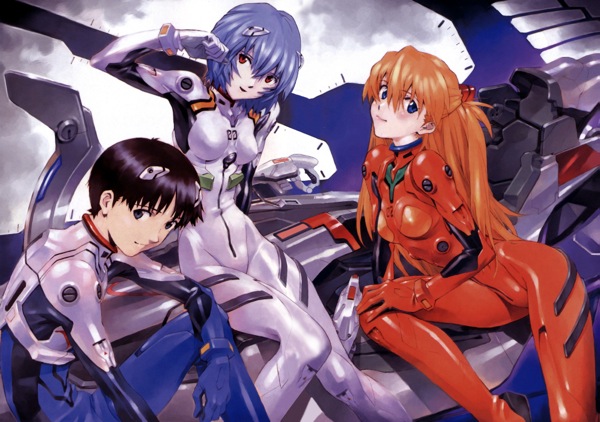 Over twenty years since its initial release, Shinseiki Evangelion remains one of the most highly influential anime of all time. In addition to a gripping plot and excellent fight scenes between the Evangelion and the mysterious ‘Angels,’ Evangelion was one of the first anime series to incorporate complex religious and psychological themes into its plot. Featuring cool robots, cool characters, cool fights, and cool stories, this classic gets all the cool points. 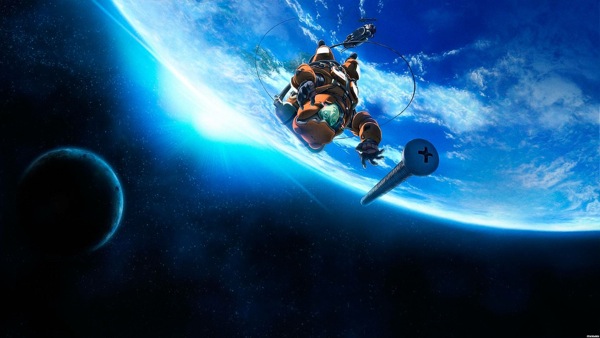 For the main characters of Planetes, collecting space trash is far from glorious. Their coworkers look down on them. The pay stinks, too. Yet for the crew of the 'Toy Box,' the work is a stepping stone to greater dreams and aspirations. After only a few episodes of this beautiful anime, science and space exploration otaku will put Planetes on their personal 20 best cool anime list. 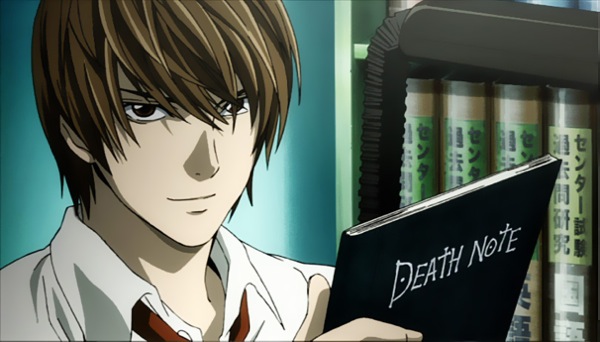 Power corrupts. Absolute power corrupts absolutely. This is exactly what happens when brilliant high school student Light Yagami is given the ability to take life at will by using the Death Note, a notebook imbibed with the power of a shinigami, a god of death. A brilliant use of both dark humor and dramatic irony, Death Note keeps viewers enthralled in the battle between Light and those who wish to stop him. This anime is so cool it's chilling. 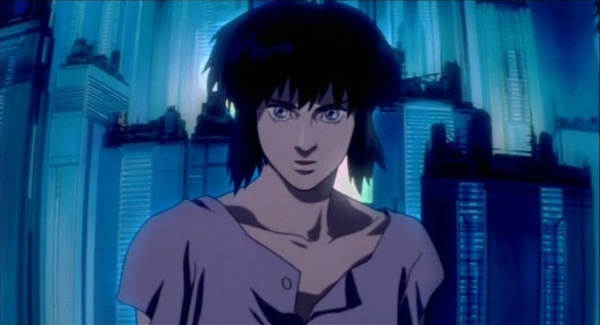 It’s difficult for a full-body cyborg to believe in a soul. Rather, those in Ghost in the Shell whose only original parts are a just bit of brain tissue listen to their ‘ghost,’ a whisper that hints that they are more than circuitry and polymer. If the viewer has ever wondered what it actually means to be alive, Ghost in the Shell will definitely influence one’s thinking. Action shows that make you think are always cool. 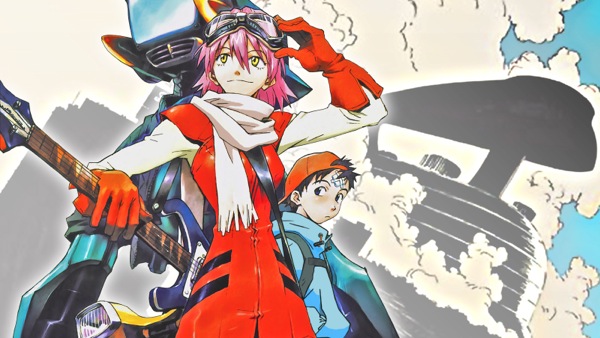 You might not even be able to understand this anime. It’s fun. It’s wild. It’s Fooly Cooly. Evil robots are appearing from the strangest places. The only thing that can defeat them is a Vespa riding, guitar wielding young woman. In short, the sure weirdness of FLCL’s six episodes is nothing less than a surreal, but awesome, dream. It's name literally has "cool" in it. That's how cool it is. 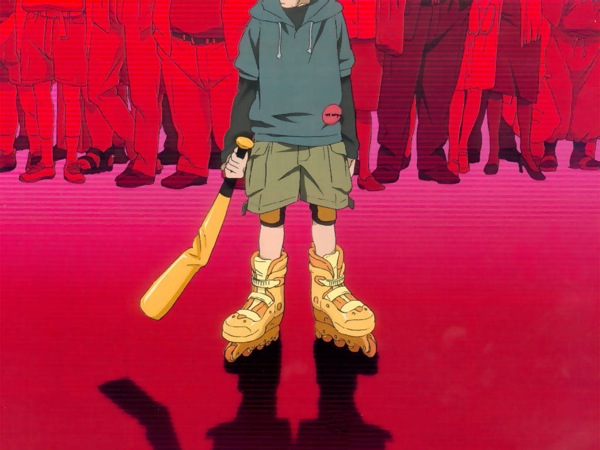 An attacker is on the loose－a young boy with yellow skates and a dented baseball bat. Yet all is not what it seems in Mousou Dairinin, a psychological and supernatural thriller that effortlessly ties together the stories of characters of multiple backgrounds. With the setting modern Tokyo, the twists and turns are all the more joyfully unsettling. 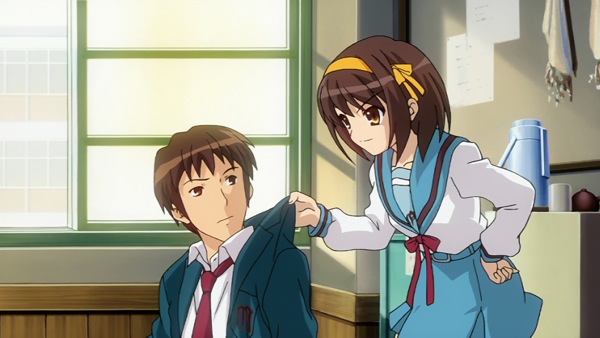 The title character of cult favorite Suzumiya Haruhi no Yuuutsu is not the first high school girl to obtain god-like powers. But there’s a twist: she doesn’t realize she has them. With the continued existence of reality on the line, Haruhi’s friends have to go to extreme, and always hilarious lengths to keep her happy. This cool anime is not nearly as dark as some of the others on this list, but it's no simple light-hearted romp. 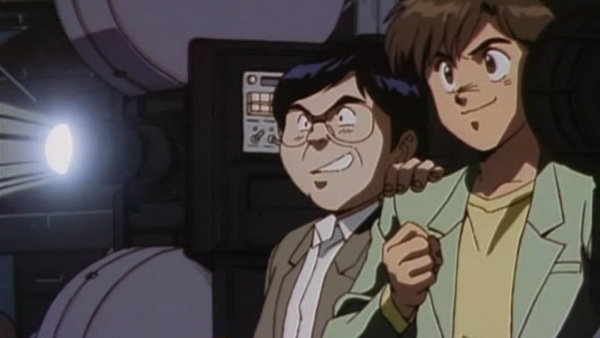 A love letter to anime if there ever was one, Otaku No Video puts the viewer in the shoes of two old friends who hope to convert the world to otakudom. Spliced with live action segments exploring the various subcultures in the otaku world, the film will remind any viewer why he or she started to love anime. Newcomers to anime will enjoy the cool cinematography and animation direction. 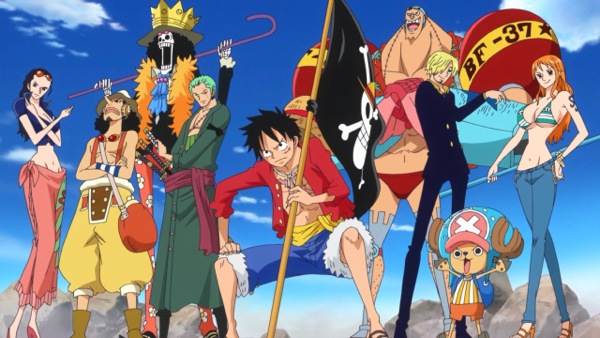 All aboard! It’s a pirate’s life at sea for Monkey D. Luffy, a young man who will stop at nothing until he acquires the ‘One Piece’ and becomes the King of the Pirates. Even after 700+ episodes, One Piece's humor and copious but memorable characters earn it its rightful spot as one of the 20 best cool anime. 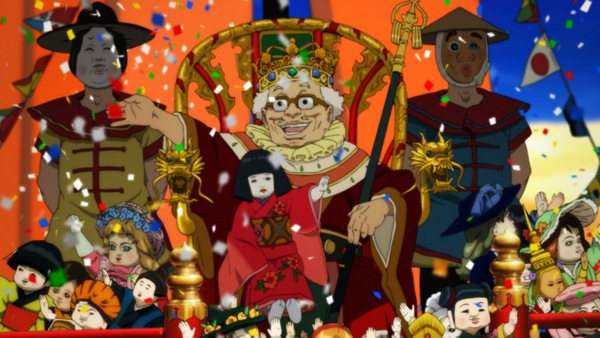 This film about the power of dreams may cause the viewer to have a few weird ones. Filled with fantastic visuals and a compelling plot, Paprika invites the viewer on a wild ride through the Japanese subconscious. The screenwriter for Inception clearly thought Paprika was cool, as much of the hit Hollywood film was inspired by concepts presented in Satoshi Kon's Paprika. 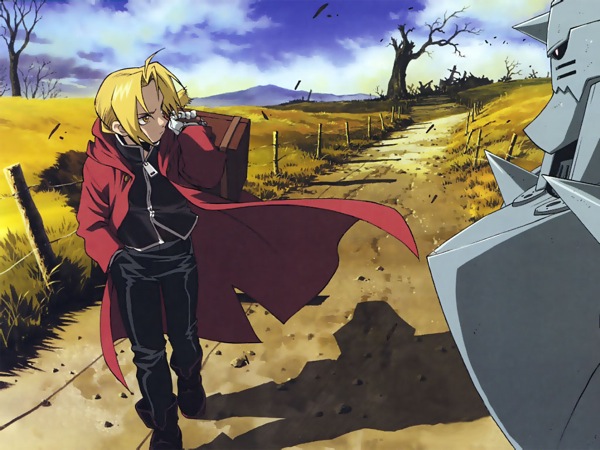 Science, even fake science, is cool! In a familiar looking world where where alchemy is a highly-regarded science, the Elric brothers have played with forces they do not fully understand, and paid the price. Gripping to lovers of fantasy and/or stories about the power of family, Fullmetal Alchemist will make the viewer wonder how far he or she would be willing to go to make up for past mistakes. 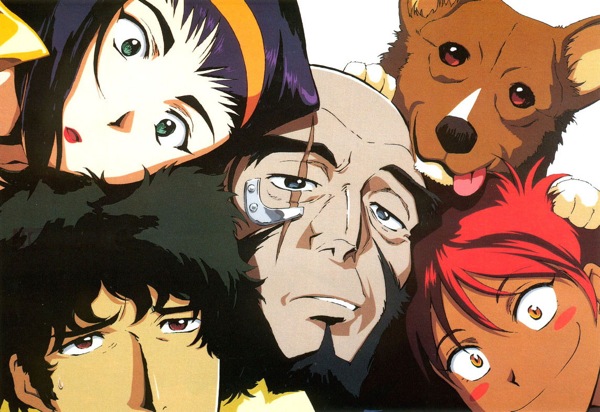 No list of the 20 coolest anime would be complete without Cowboy Bebop. Its place on this list is guaranteed due to the series' groundbreaking (and just plain awesome) soundtrack and intricate world building. Yet the spacecraft and off-world colonies are only a backdrop to a moving and surprisingly traditional story about lost love, redemption, and revenge. 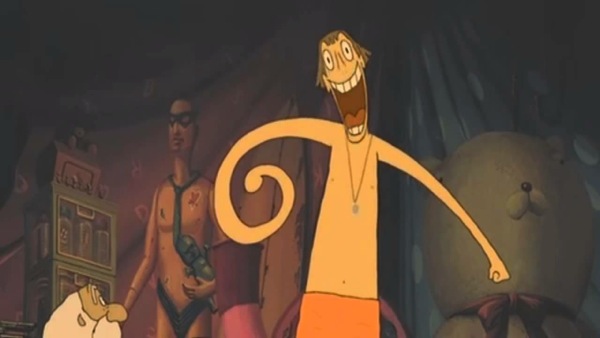 Simply put, Mind Game is all over the place. Though its central plot is a love story between childhood friends, the journey involves everything from being eaten by a whale, coming back from the dead, and a psychedelic dance routine. At the very least, the film is a feast for the senses that the viewer will not soon forget. 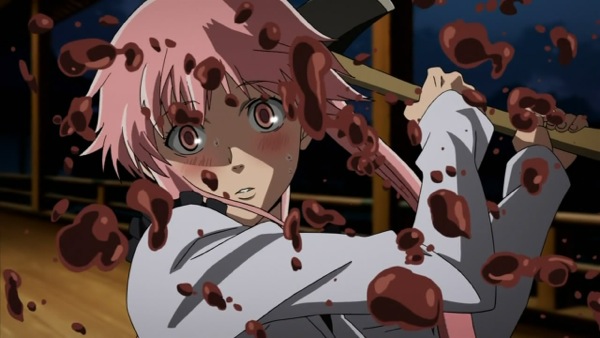 Everyone always seems to be on their cell phones, but for the characters in Mirai Nikki, it’s a matter of life and death. There’s an opening for the position of God of Time and Space, and getting the job means a fight to the death with the other candidates. Part slasher, part mystery, Mirai Nikki does an excellent job of keeping the viewer guessing each character’s motivations, fate, and sanity. Horror and gore fans will find this anime super cool. 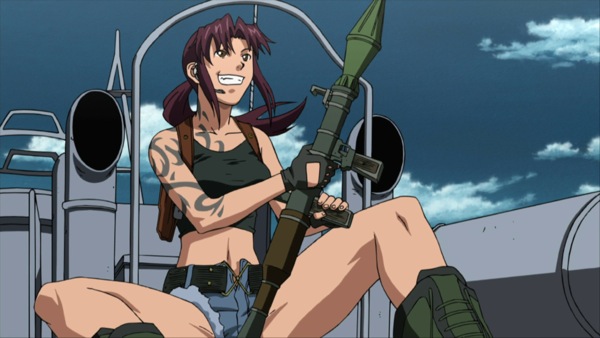 A pirate’s life isn’t easy for the characters of Black Lagoon. Trying to etch out a living as mercenaries in Southeast Asia, the crew of the title ship butt heads with just about every criminal organization known to man. Though sometimes portraying gleefully impossible action sequences, the characters’ detailed and realistic backgrounds give emotional weight to what would otherwise be a classic shoot-em-up series. This anime is cool because it is one of the few to be set outside of Japan (or an alternate world), and is inspired by the very real Southeast Asian pirates. 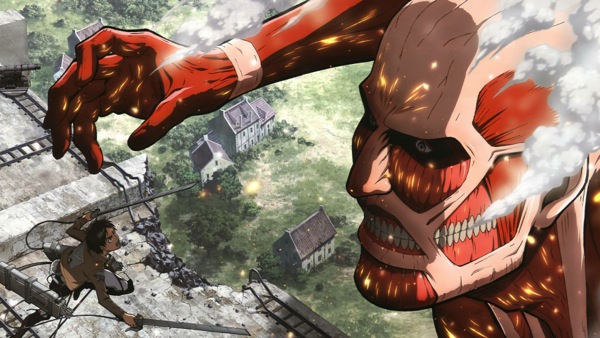 Shingeki no Kyojin is brutal in the best possible way. Though the main characters are fighting ‘titans’, giant humanoids bent of the destruction (or in this case the gobbling up) of humanity, the feel of the show is more like a realistic, gritty war movie. The battle against the titans is messy, and not everyone survives the ordeal. Though ‘dread’ can best describe some of its most chilling scenes, they make the characters’ ordeal all the most real and poignant. Not everyone thinks it's cool, but the author of the original story is really not afraid to harm his characters. Sadist. 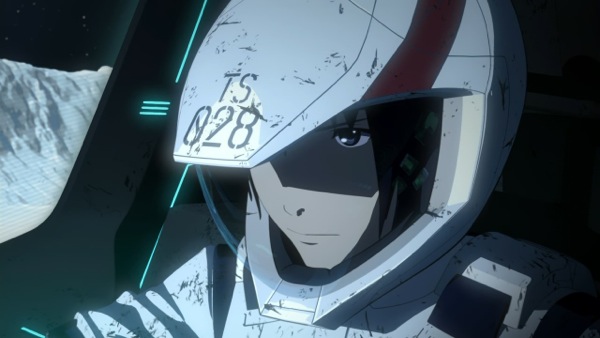 It is a battle for survival for the Sidonia, the last human colony in existence since beings known as the Gauna destroyed Earth 1,000 year prior. In addition to the excellent production quality, Sidonia no Kishi's place on the 20 best cool anime list derives from its wide-ranging appeal. Knights of Sidonia also makes a mark as one of the few fully CGI anime that actually manages to make it look pretty cool. Admirers of action, romance, high drama, and, yes, fan service will all find reasons to keep watching. 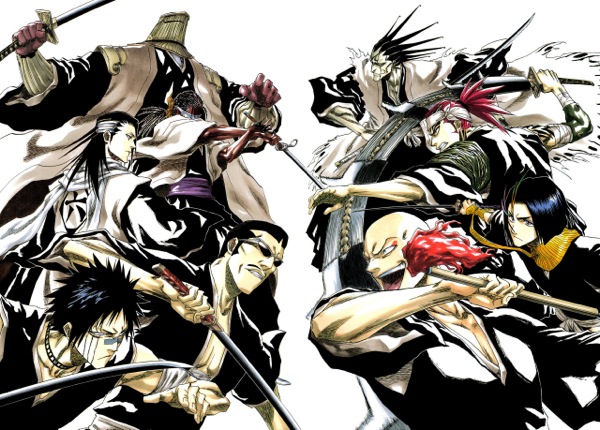 For the characters of Bleach, a complicated and violent supernatural world is just behind reality’s thin veil. Though the action is more than enough to keep viewers enthralled, one of Bleach's unique strengths is how it incorporates various Japanese religious beliefs into its story lines. Fair warning: most people consider the first few arcs to be vastly superior to the later ones. 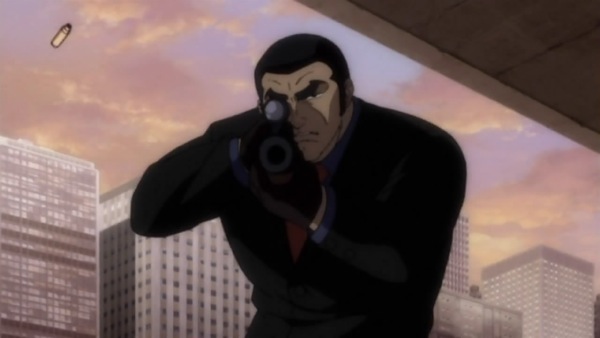 Once you see him, it’s too late. But you probably won’t see him before he kills you. A professional assassin whose past is unknown, the title character of Golgo 13 doesn’t care who he kills, as long as the price is right. A serialized manga since 1969, the cool 2008 series hooks another generation to Golgo 13’s mastery of weapons, espionage, and seduction. 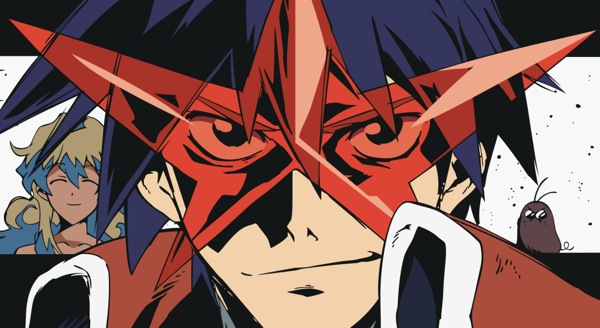 The characters of Tengen Toppa Gurren Lagann need a bigger giant robot. How big? 100 feet? A mile? Try light years. With stakes and battles ratcheting up in intensity every episode, this series is one of the most addictive to come out of Gainax in the studio’s thirty years of producing anime. Out of the 20 best cool anime, Tengen Toppa Gurren Lagann is unique in that the artists and writers’ passion bleeds from nearly every scene. When it comes to cool, the more the better.