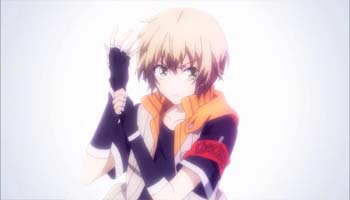 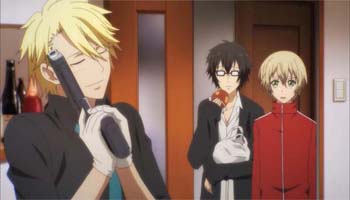 Aoharu X Kikanjuu is about to end its seasonal run, but let's mention the missed potential of the show. This anime is about a girl, pretending to be a boy, who is suckered into joining a survival game team that she then slowly falls in love with. She was given her own gun, she fought cool people and she unleashed her love for hunting people in the battlefield. It would've been a wonderful anime full of thrilling spots and awesome face-offs if it wasn't for one thing - the BL element. Boy's Love (BL) is basically two guys teasing each other in a suggestive manner, and the purpose is to delight viewers who enjoy seeing two guys pair up together. So the action packed appeal of survival gaming is mixed in with a lot of scenes of grown men wanting to ride bicycles in tandem. It's certainly a unique experience, because the action appeal of survival gaming is paired up with the fangirl inducing aspect of the BL genre, but it feels a bit sad thinking of the missed potential the show possesses. Aoharu X Kikanjuu utilized the appeal of survival gaming, but it squandered it to make way for the characters teasing each other. 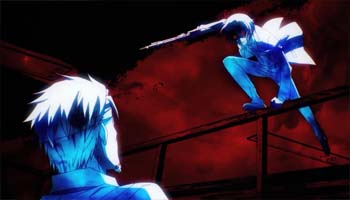 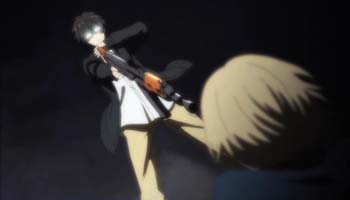 Survival gaming is a wonderful concept, because it has some elements of war and the use of BB guns give off a unique FPS shooter experience. It's a very serious sport, but you can also look at it as a very exciting video game. It has the appeal of shooting games, but also the elements of stealth games like Metal Gear Solid. Survival gaming embodies the sports genre spirit as well giving it endless potential. Given how people don't actually die, there is also a chance to utilize rivalries and deep arcs involving a lot of characters. Survival gaming is an exciting idea, and the anime medium is the perfect place to showcase its awesomeness. 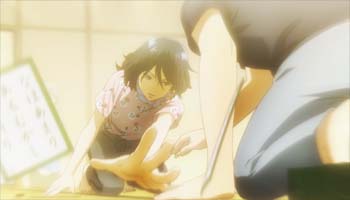 For some reason, survival gaming is often just tacked on in certain anime and it's never really given a serious take. Aoharu X Kikanjuu gave us exciting scenes that convinced us the characters are fighting for their life, but these exciting scenes shared a spotlight with handsome characters flirting for the camera. Don't get me wrong, it works to a degree but one can only wonder if the survival gaming aspect was really given a serious approach. The competitive sports of Karuta was given the right balance of storytelling before, where simply flicking a card away can look like the most badass thing in the world, and Chihayafuru utilized the beauty of that sport to make the anime experience a special one. Volleyball matches don't last long, and it's often about scoring the fastest with your teamwork. It didn't stop Haikyuu!! from creating a thrilling and exciting story out of the sport, and the matches can often leave you in awe. If limited sports like these can have an awesome anime dedicated to them, then there is no reason for survival gaming to just take a back seat to two dudes being cute with each other. 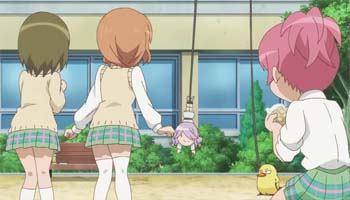 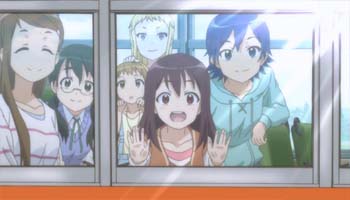 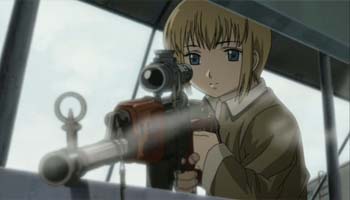 Part of the reason why survival gaming is just an afterthought in anime might be the idea of cute girls having guns. Before there was survival gaming, anime explored the idea of "cute girls with guns" wherein the whole anime would be built around adorable girls firing weapons. There are a lot of anime that have "cute girls with guns" as a central concept such as Upotte, Strike Witches and Gunslinger Girl. The idea is more about how awesome it is to see girls with guns, than to actually develop a story. While these shows did have their moments of thrilling action, it's secondary to its central theme. The "cute girls with guns" theme might've softened the impact of survival gaming, and most people now associate guns with cute little girls. Aoharu X Kikanjuu, Sabagebu, and Stella Jogakuin Koutou-ka C³-bu are all about girls firing guns, so maybe the potential of the sport just can't develop because it's now closely associated to blushing girls firing automatic weapons. 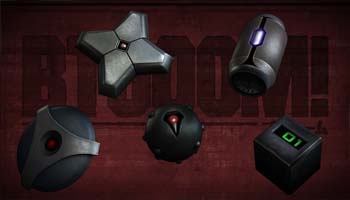 The potential of survival gaming has been explored before though, and this anime focuses on all the great things about it. The video game appeal, the war-like setting and the thrilling pace was once featured in an anime called Btooom!. It's about people killing each other with bombs, and the characters had to survive this war field by playing the deadly game as well. Technically, Btooom! is not a survival gaming anime since it features real characters dying, but it's promising to consider that the potential of survival gaming has been explored before. It's hopeful to think that someday there might be an anime that'll capture the awesomeness of survival gaming and not be held back by the "cute girls with guns" concept. If the competitive sports of Karuta and the game of volleyball can have its moment in the sun, then survival gaming might not be far behind.

Afro Samurai is a super-hot anime and manga series. There are also two game adaptations. Fans of action, hack 'n' slash and brawling titles have another reason to sharpen their katanas. Let's take a closer look at these Afro Samurai game adaptations and see what the fuss is all about!