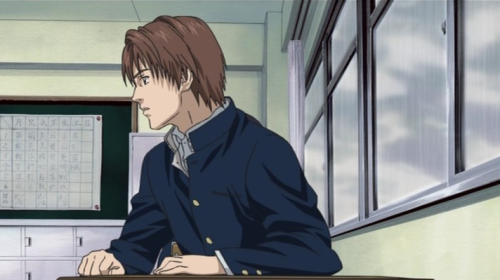 Gantz is not typical of many manga and anime series, because the characters in this gruesome tale are very similar to real people. They eschew the stereotypical traits of anime characters and follow a more believable path. There are hardly any over-the-top personalities on display. Instead, we get the behavior of real high school students, salarymen, gangsters, a widower, abused child and idol.

In many ways, this is a blessing. There's no way a series such as Gantz could've worked otherwise. These deadpan characters, enrich the drama as it unfolds. 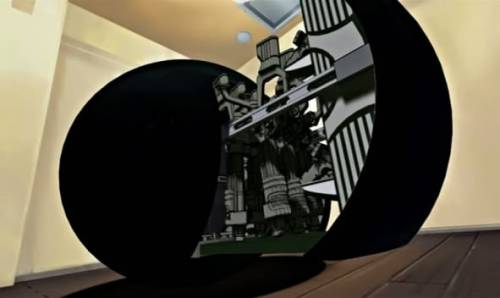 Just because many of the characters carry themselves in an orthodox manner, doesn't mean that all is well with the world. After all, Gantz is a series that explores science fiction together with a metaphysical occurrence that would shock anyone.

Common beliefs about the afterlife vary according to cultural and religious backgrounds. But no one would assume that one wakes up in an apartment facing a black sphere after their death. Worst still, this sphere expects the 'recently departed' to kill aliens if they wish to continue living. If that's not messed up, I don't know what is! 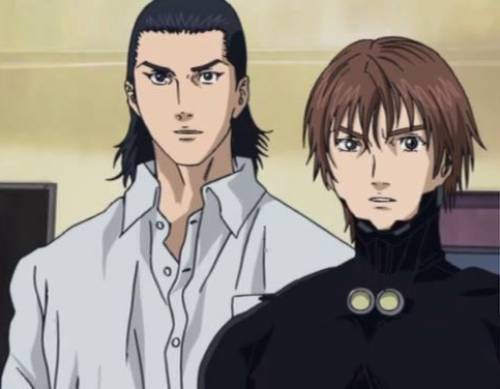 While the black sphere known as Gantz is a key component to the story, there are two high school students that play significant roles as well. Kei Kurono and Masaru Katou were friends since childhood and their fates, inexplicably intertwined. Furthermore, they couldn't be more different with Kei being rather selfish and Masaru exhibiting far more compassion towards others.

This striking difference between the two is made evident in the first episode of Gantz. As both teenagers meet at a train platform, they see a homeless person passed out on the tracks. Masaru doesn't hesitate to help the man but Kei is initially reluctant. Eventually he caves in and decides to provide assistance, only to be hit and killed by the oncoming train together with Masaru. 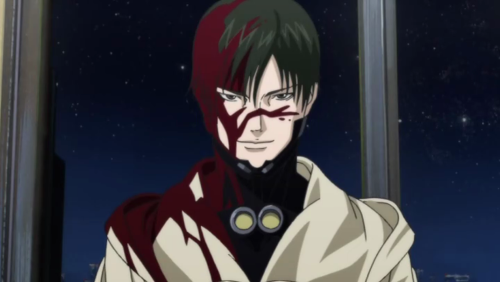 Kei and Masaru now find themselves in an undisclosed apartment somewhere in Tokyo. However, they are not the only ones there. Other folks that have recently died have also been transported here by Gantz.

All the characters are provided with tight-fitting bodysuits that enhance the wearer's strength. Incidentally, the younger male and female protagonists look really good in these. Therefore, it's not surprising that there's plenty of sexual tension and several explicit scenes throughout the series.

But the real show stoppers are definitely the guns. These are very destructive and are designed to kill the aliens. They don't function like ordinary guns, as there is a significant delay for the implosion to take effect on the target.