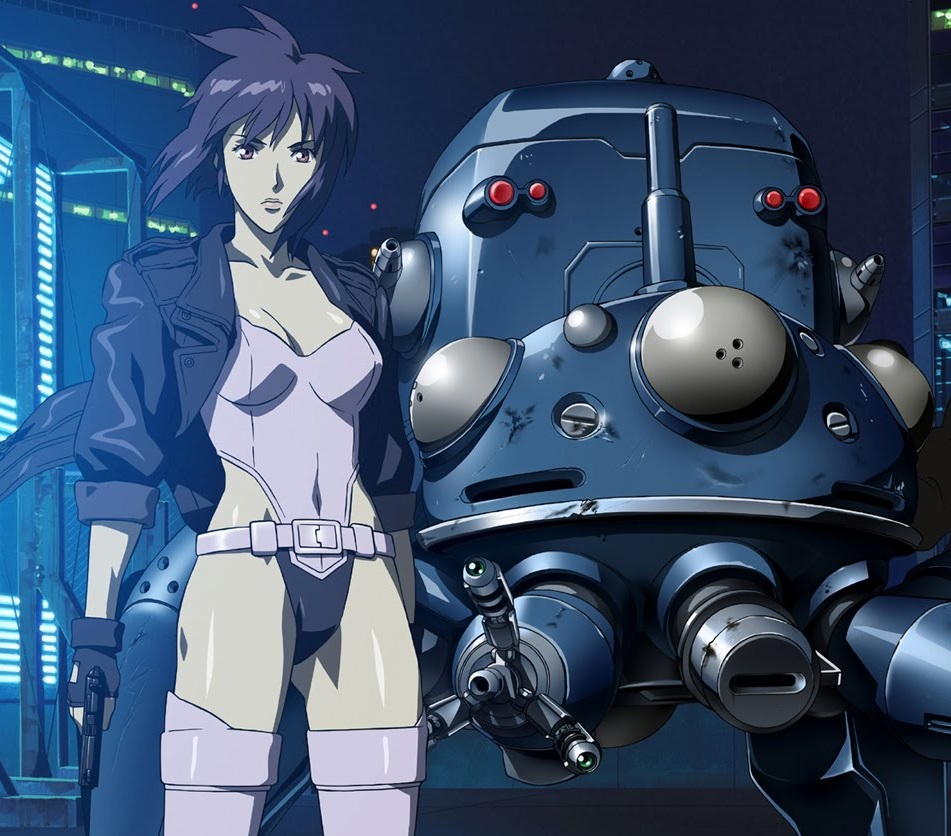 Few manga creators have such an infatuation with guns, babes and cutting-edge technology. Even fewer would elevate the tank to such a level that it becomes a key character in the story. Masamune Shirow's Dominion and Ghost in the Shell present us with tanks we could all fall in love with.

It's also interesting to note that the leading women of both series have close relationships with their respective tanks. Leona Ozaki from Dominion is a police officer with an obsession for her division's tank, which she names 'Bonaparte'. She treats it as if it were her child or pet. Similarly, Motoko Kusanagi relates strongly to her Tachikoma, but doesn't dote on her tank as much. 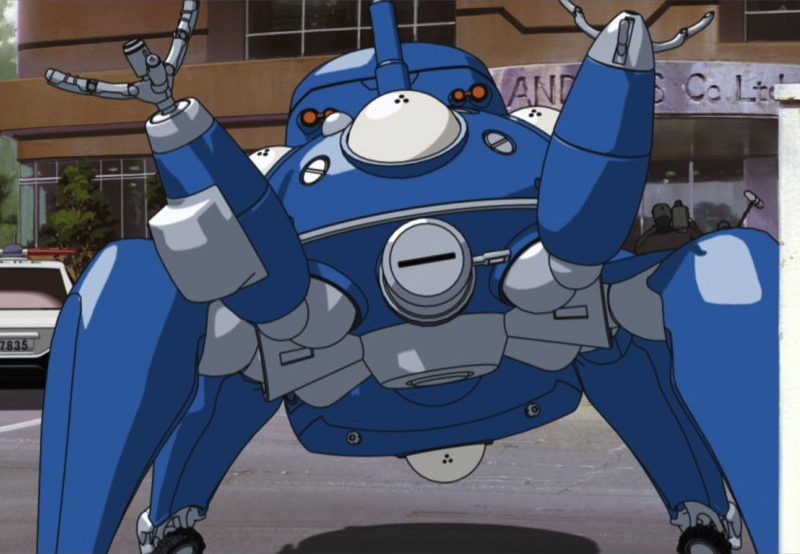 The Tachikoma came into the limelight with Ghost in the Shell: Stand Alone Complex. This is a blue multiped tank resembling a giant metallic spider. And it's roughly the size of a passenger vehicle, making it easy to maneuver, something that Major Kusanagi and her Public Security Section 9 comrades are extremely skillful at.

There are wheels attached to the Tachikoma's four legs, increasing its agility. Large distances and varying terrain can be crossed within a short space of time. On the two front arms, a cybernetic connector, machine gun, grenade launcher or an alternative Gatling gun can be mounted.

A Tank with a Personality 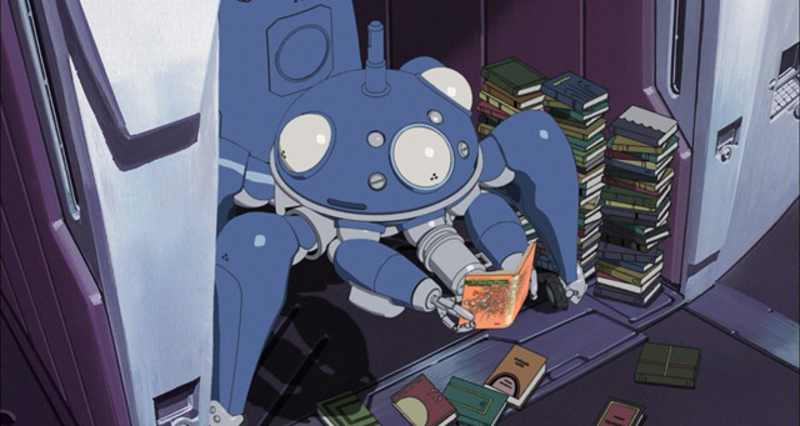 One striking feature of the Tachikoma is its bulbous white "eyes". There are four of them on the chassis: three on the top and one on the bottom of its body. They help to further entrench the spider-like aesthetic and personify the tank.

Ghost in the Shell: Stand Alone Complex has an very serious tone. Fortunately, the Tachikoma's inject a degree of playfulness and humor to the series. Section 9 owns several Tachikoma units and each possesses its own unique character, even though they're supposed to have a common consciousness once they synchronize during the evenings. Every Tachikoma is bestowed with artificial intelligence which is at the level of a young child. 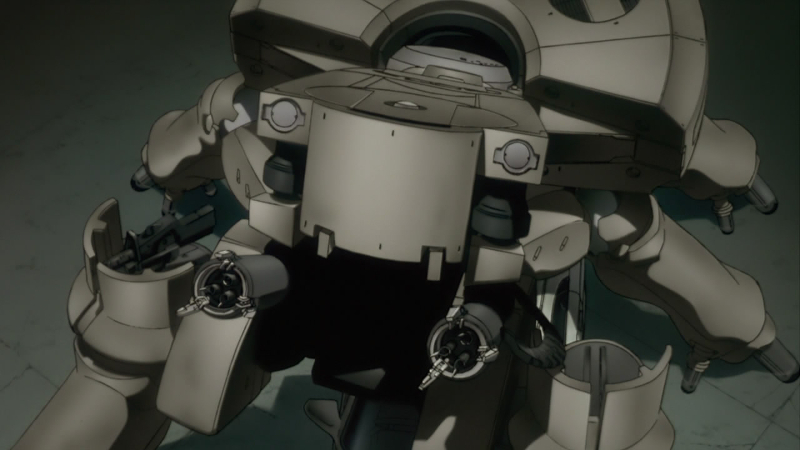 Not all tanks within the Ghost in the Shell universe are cute and cuddly like Tachikoma. There's a rather malevolent spider tank near the end of the Ghost in the Shell Movie from 1995. Major Motoko Kusanagi is chasing down the elusive 'Puppet Master', only to find this tank waiting for her in an abandoned building.

This leads to one of the most epic battles ever portrayed in a theatrical anime. In fact, the showdown between Motoko and the tank is so intense that fans are still discussing the minutest details to this very day.