Soul Eater started out as a manga written and illustrated by Atsushi Okubo. It was later adapted into an anime with Bones behind the animation and Takuya Igarashi behind the direction of the 51-episode anime adaptation. The anime ran from April 2008 to March 2009. The manga has been adapted into different media including a drama CD which was released on August 2005 by Square Enix, two video games developed by Namco Bandai Games, and a spin-off titled Soul Eater(NOT!). 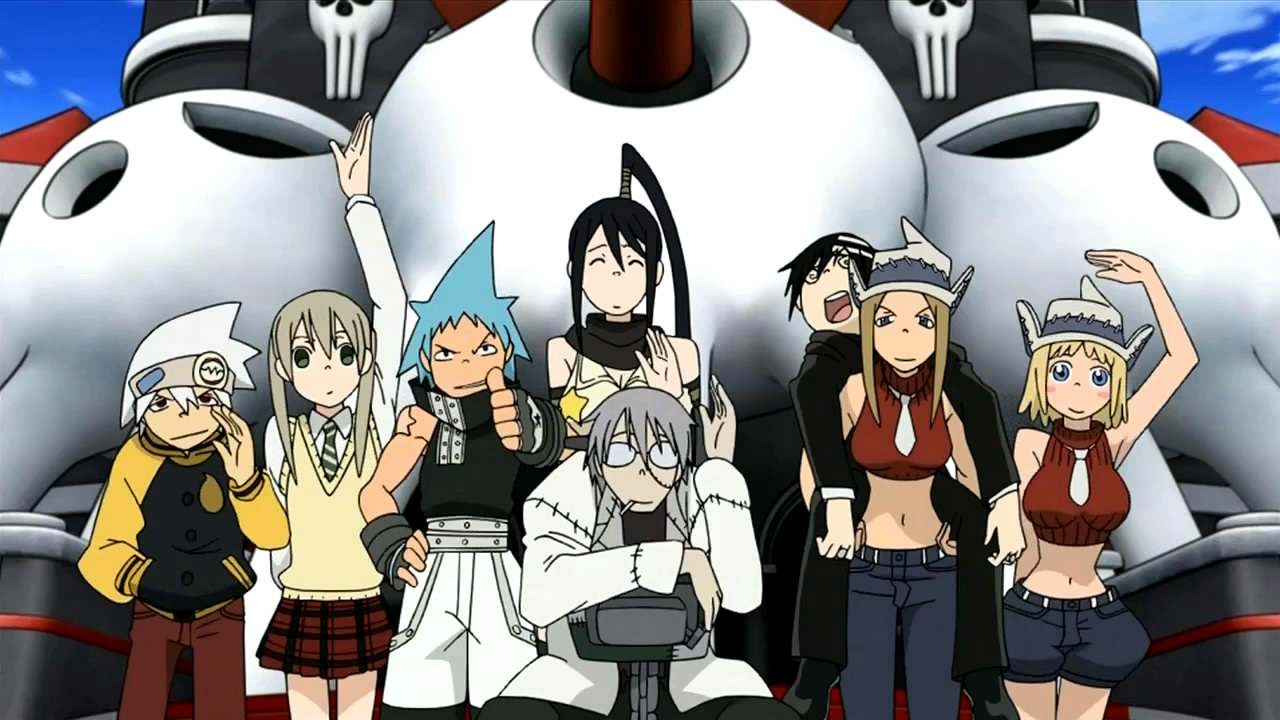 The plot revolves around the Death Weapon Meister Academy (DWMA), its students, its staff, and other affiliates of the school. It is located in Death City which is revealed to be located in Nevada, USA. The head of the school is Death and the students in the E.A.T. (Especially Advantaged Talent) class are either Demon Weapons (humans who can turn into weapons) or Meisters (humans who can wield these weapons). The story focuses on three students and their Demon weapons, namely: Maka Albarn and her scythe weapon Soul Evans (Soul Eater), Black Star and his weapon Tsubaki Nakatsukasa (Demon Shadow Weapon) and Death the Kid, Death’s son, and his pistol weapons Liz and Patty Thompson (Demon Twin Guns). Their original aim was to collect 99 Kishin Eggs (souls of evil humans) and one witch soul. Upon completion, the Demon Weapon will then be transformed into its ultimate form, the Death Scythe. They also later take on the responsibility to help save the world from evil supernatural forces.

With all the battles, the series use a variety of interesting and powerful weapons, each with unique abilities. It’s also interesting to see how the characters, hero or villain, are able to use their weapons effectively and utilize varying degrees of techniques. There are a lot of weapons introduced in the series but the most prominent one is the scythe. Let’s examine this weapon more closely. 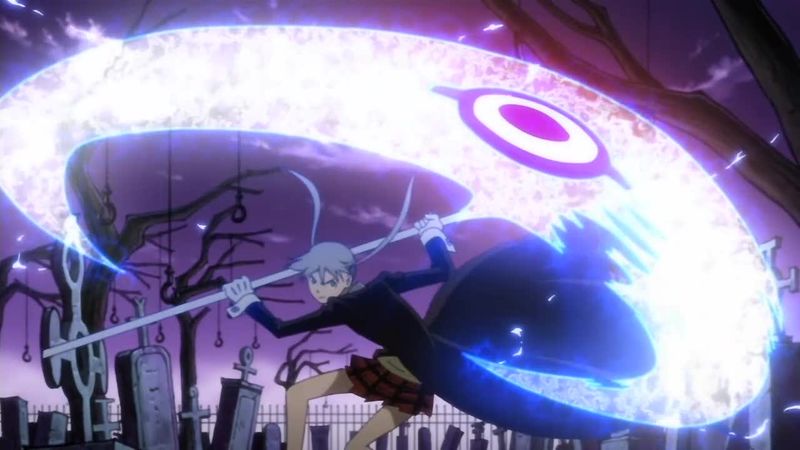 What is a Scythe? 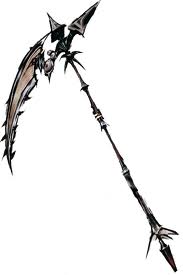 In the real world, a scythe is used in farming, specifically in cutting and reaping crops. It is a long pole with a curved blade on one end. It has been used as weapons in many literature including the Greek mythology. The Grim Reaper, the symbol of death, is also portrayed to be wielding it and uses it to reap the souls of humans. Is it an effective weapon in real life? Not really. But in Soul Eater, it is one of the most powerful weapons wielded by the most powerful meisters.
Notable meisters who use such weapon are Maka, Maka’s mother, Franken Stein, and Death himself. They are incredibly skilled scythe meisters and are able to use this weapon effectively. Demon weapons who can transform into scythes are Soul Evans and Spirit Albarn (Maka’s father, Death Weapon of Death, and the most powerful Death Weapon in the academy). 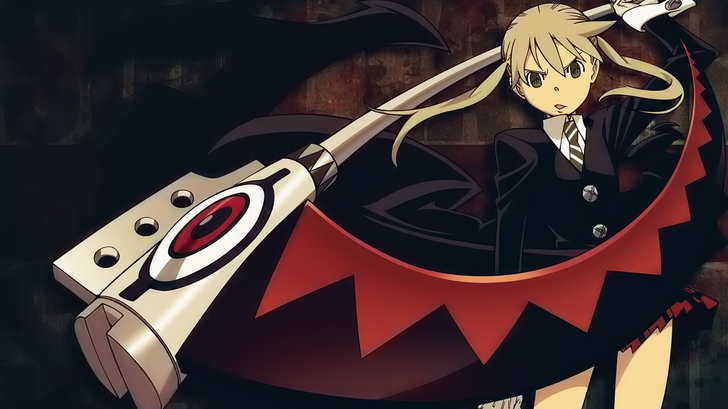 Soul Evans is known as the Demon Scythe in the academy. His weapon form is that of a scythe. The blade itself has a zigzag pattern separating its red and black colors. The area where the blade is connected has an eye which expresses the emotions of Soul Evans while in Weapon form. The look of his scythe form changes in the series when he gets devoured by the Black Blood (a weaponized blood which can be controlled by the user). 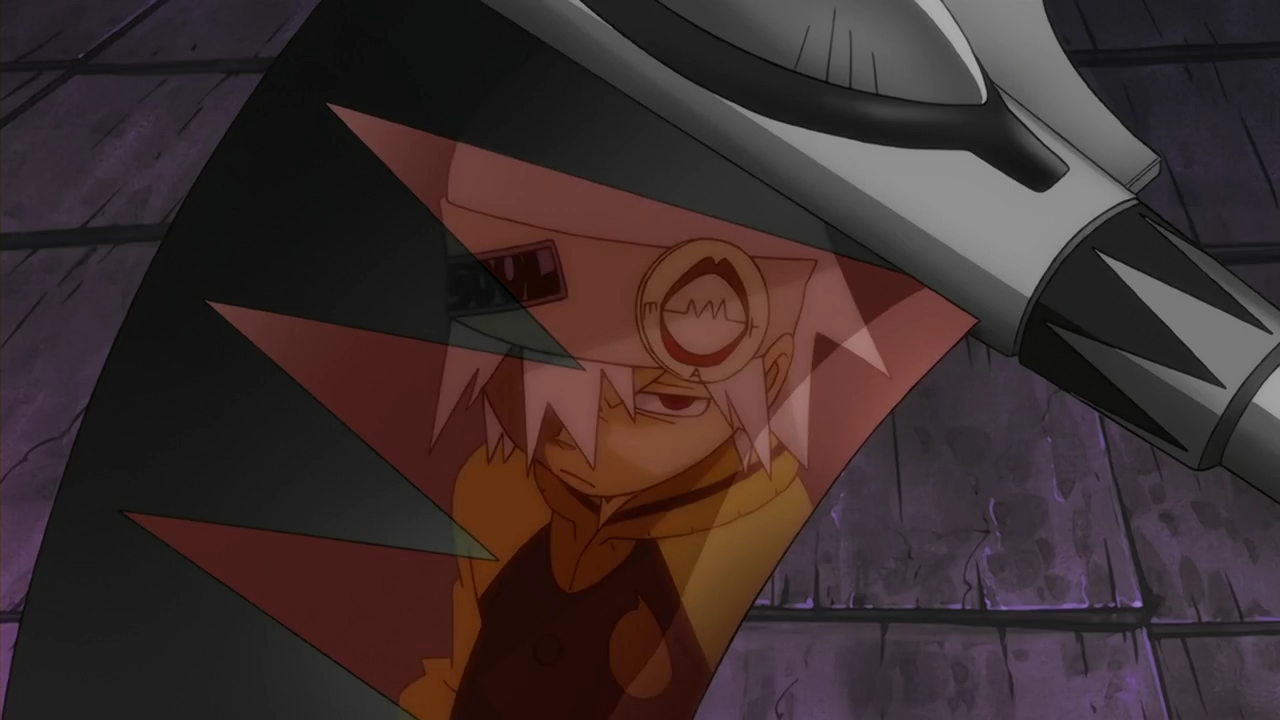 Another scythe which we can see in the series is the chain scythe. Mode: Chain Scythe is only one of the transformations of Tsubaki’s Weapon form, the Demon Shadow Weapon. The transformations are possible because of the Multi-Form Ability which can only be utilized by Tsubaki. 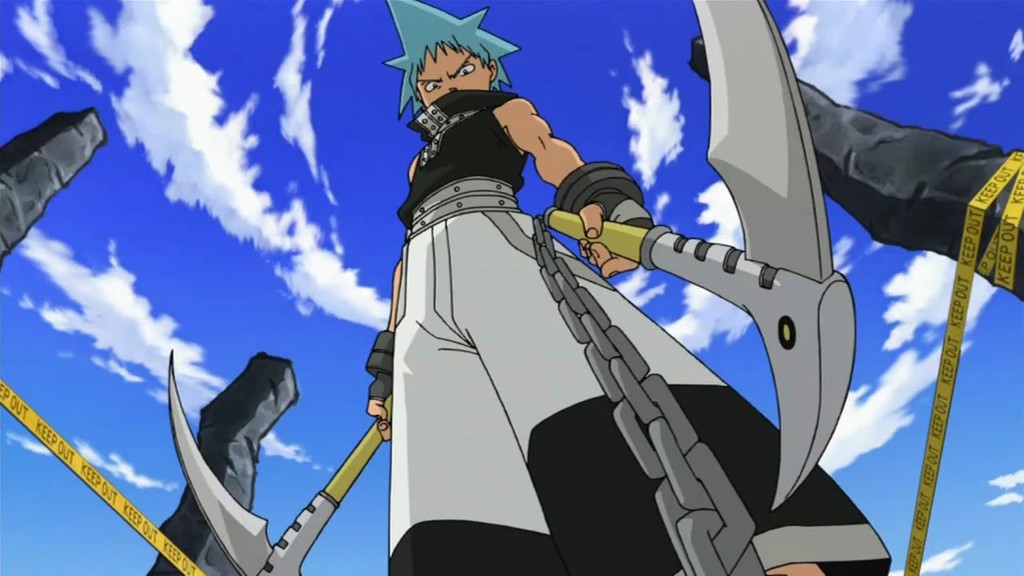 Spirit Albarn becomes the most powerful Death Scythe thanks to his ex-wife, Maka’s mother. He is nicknamed as such and it can even be said that he is the only one who can truly be called a Death Scythe. Before serving as the Demon Weapon of Maka’s mother, he was the partner of Franken Stein who he considered more skillful than his ex-wife. He later serves as Death's weapon. 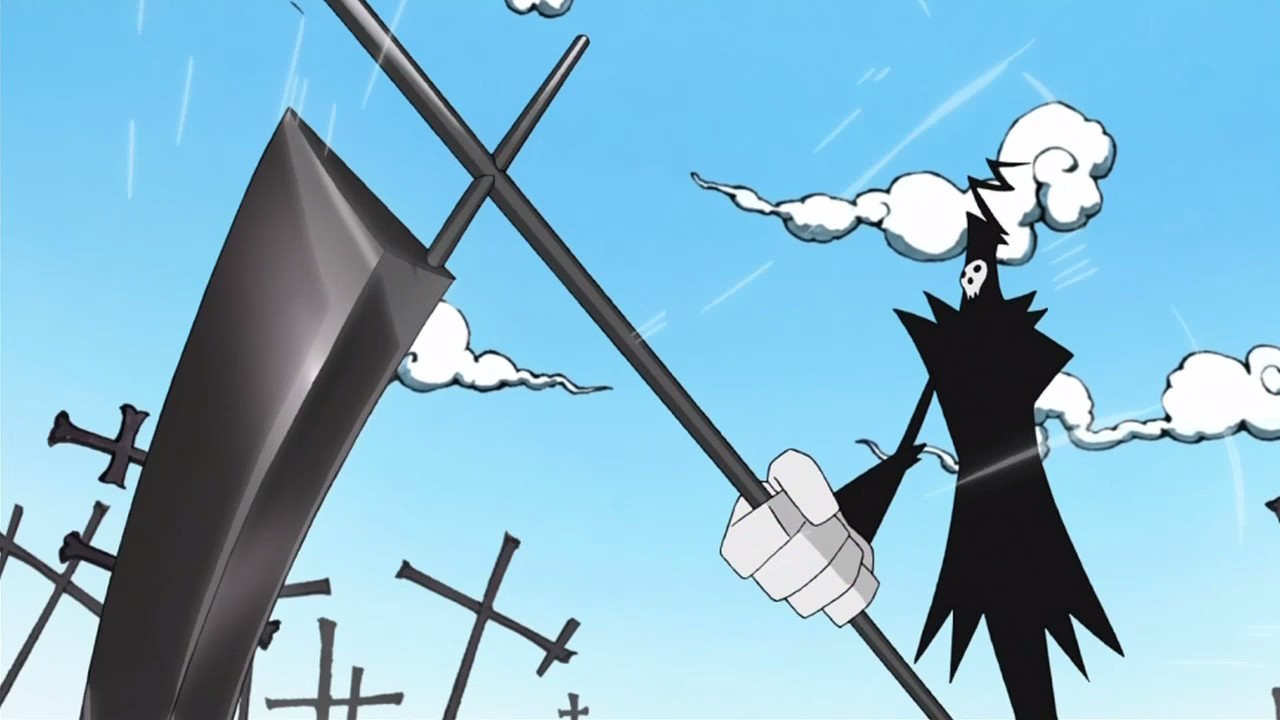 A Death Weapon is the ultimate form of weapons. It can be achieved by consuming 99 kishin eggs and one witch soul. It is also known as Death Scythe, which is evidence to the series’ preference to scythes. Various powerful and special abilities are received by Demon Weapons upon reaching the Death Weapon status. There are also techniques that are exclusive and can only be used by scythe meisters. They can utilize techniques from the Hunter series, which is one of the most powerful in the anime.

There are probably several reasons for the use and symbolism of scythes in Soul Eater, but the hugest influence is definitely due to Grim Reaper in the overall story line. He is Death itself and plays a huge role in the series.