10 Sad yet Relatable Moments in Hetalia

Even though all of Hetalia's characters are countries, we can still relate to their outlandish personalities and dramatic problems! The show is mostly a comedy, but there are still scenes that can strike a chord. So take a moment to connect to these 10 Sad yet Relatable Moments in Hetalia. 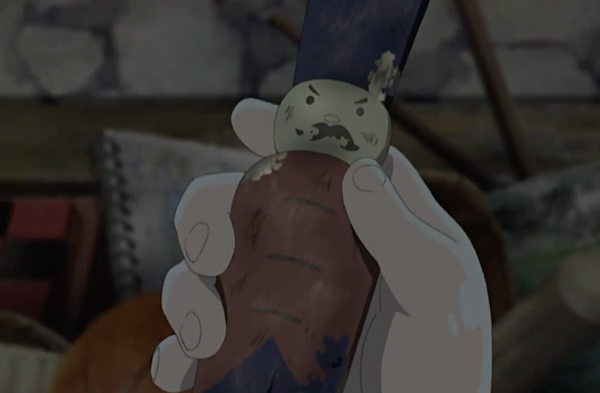 It's hard for all of us to throw away old relics of the past, even countries. When America cleans out his storage room, we see all of the gifts from his past friendship with Britain, including these toy soldiers. Britain handmade and painted each soldier individually for a young America in his care. It really is quite sad to see the happy memories of the two together, and it might make us want to reconnect with old, lost friends.

It can be really frustrating when our friends ignore our advice or warnings. But it was even worse for Lithuania when he risked his life to warn Poland of an incoming attack from Russia! Even though Lithuania took the time out of his day to warn his pompous friend, Poland still did nothing but eat snacks all day. This sure was sad, especially since it was Poland's fault that Lithuania was stuck in Russia's house in the first place! 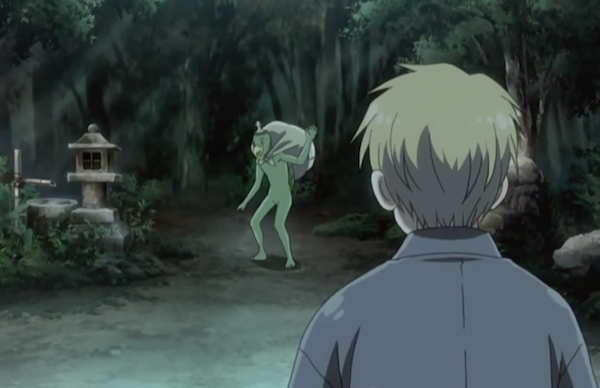 During his visit to Japan, Britain got the chance to meet different Japanese mythical creatures, including a friendly kappa he met in the bath! However, the kappa informed Britain that the Japanese and even Japan himself no longer recognize or see the mythical creatures around them any more. So, sadly, the kappa is retiring to the mountains. It's always sad to say goodbye to new friends, but he and Britain did promise to have another bath together sometime, so hopefully they'll meet again! 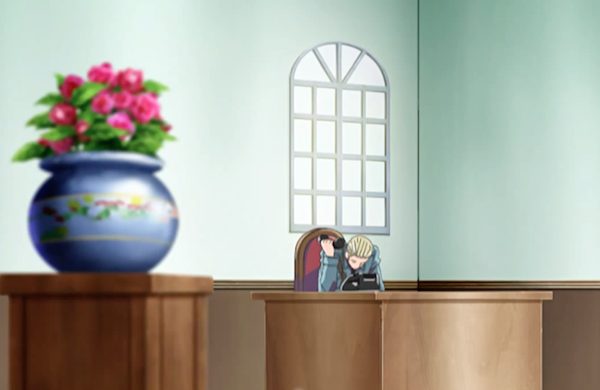 We've all had times when one of our friends is being annoying, so we vent to another friend. But what if the annoying friend was your only friend? That's exactly what happened to Germany: after getting tired of constantly saving Italy, he picks up the phone to vent to a friend, only to realize that Italy is the only one he can talk to. I guess friendships aren't always what they're cracked out to be! 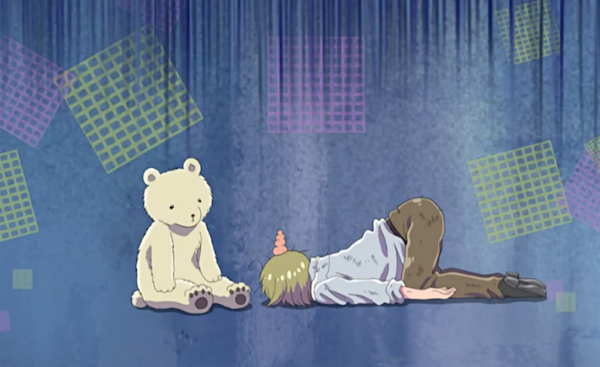 Have you ever been mistaken for someone that no one likes just because you look like them? Then you should understand Canada's problem! Because of Canada's eerie resemblance to America, a lot of countries wind up accidentally taking out their anger at America on poor, innocent Canada. Even when he went to try and convince America to not be such a jerk all the time, Canada was just drowned out by the sound of America's voice and large, intimidating chainsaw. 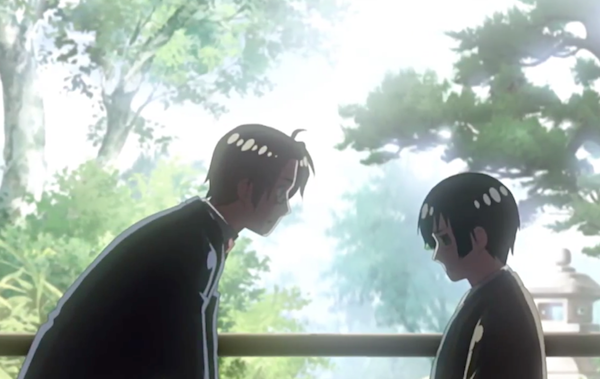 While America was visiting Japan, he decided to play a trick and teach Japan a new fortune-telling game. However, during the game, Japan opened up and confessed his anxieties of the future to America: Japan was afraid that he would not be able to keep up with the constantly-changing culture after opening up his borders to the outside world. Instead of tricking Japan, America decided to reassure him with the help of his fortune-teller. After all, change can be sad and a little scary, for people and for countries!

The Creation of Nikujaga 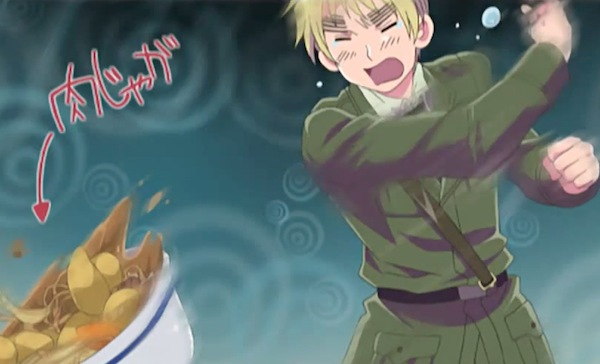 Britain definitely has a lot going for himself, but every nation would agree that his food is not one of his stronger points, so Japan was understandably upset when his boss asked him to make a British-style beef stew for dinner. Fortunately, this led to the invention of the delicious Japanese beef dish nikujaga! But it was a sad time indeed for Britain, since his one decent contribution to the culinary arts had been usurped by a Japanese adaptation. Boy, it sure is sad when people beat us at our own game! 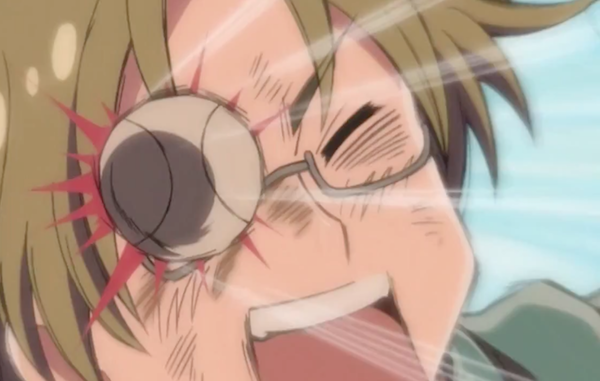 If you can't beat 'em, join 'em. We've all thought that way when dealing with people we don't like, and Canada took that idea to heart. He decided to play catch with America, just to be friendly and try to get over their previous issues. Sadly, America's domineering personality grated on Canada's nerves (and his pain receptors). I guess no good deed goes unpunished for poor Canada! 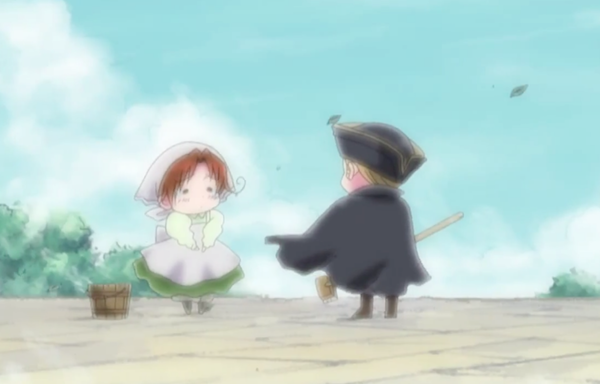 Italy lived for a long time and served in Holy Roman Empire's house until, eventually, Holy Roman Empire had to move away. However, he had always had feelings for little Italy, but only had the chance to confess his love at their final farewell. Italy gave him a push-broom to remember her by, and Holy Roman Empire gave Italy a kiss in exchange. Ended romances are sad for everyone, even Chibi characters! 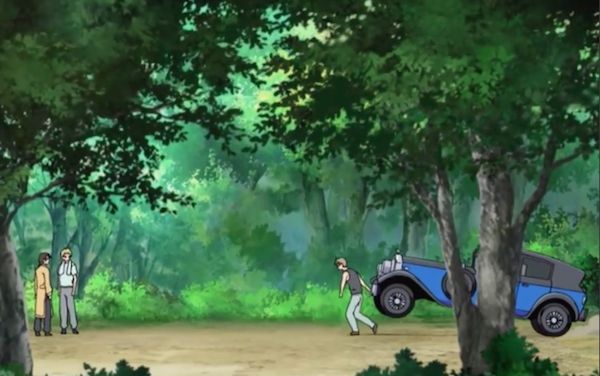 It's always fun to take bit of time out of the day for some light exercise: generate some endorphins, feel productive, and justify pigging out later! The only sad part is when we see someone twenty times more fit than us who doesn't even seem to be trying. And that's just what happened with Britain and America. While Britain decided to make some new, healthy lifestyle choices to get stronger, he saw America effortlessly tote a car up a mountain, and decided it wasn't worth even trying.

I hope you've enjoyed these 10 Sad yet Relatable Moments in Hetalia! Even though the show is mostly a comedy, there are still moments in the anime that can strike a chord and let us empathize with these nations.