Kirito, the main character of Sword Art Online, is a swordfighter with several years of fighting experience. Let us have a closer look at his most prominent sword―Elucidator! 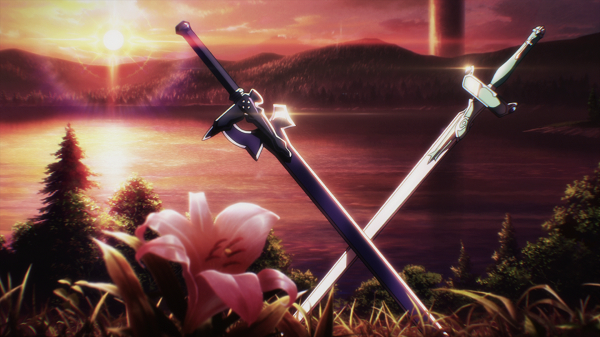 Thousands of gamers are trapped in a virtual universe, unable to exit the Sword Art Online game. Kirigaya Kazuto, known under his game name Kirito, sets his mind to conquer the last boss and get out. Driven by a natural curiosity and desire to win, he easily achieves rare power-ups and gradually becomes an extremely skilled warrior. One particular thing that helps ensure his survival is the powerful sword Elucidator that serves as Kirito’s primary weapon throughout the whole series. 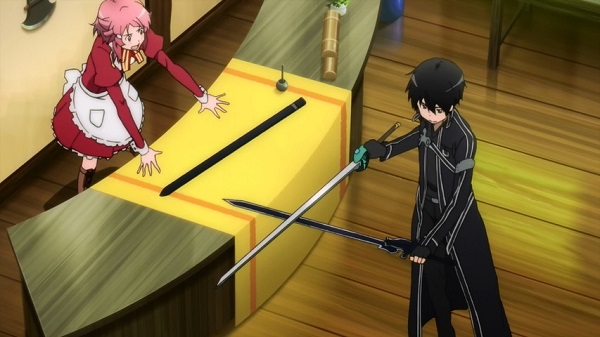 Kirito’s main weapon, Elucidator, is a black sword with silver edges and extremely high durability. Unlike other weaponry crafted by blacksmiths, Elucidator was dropped by one of the monsters defeated by Kirito. Though it is heavier than his other sword Dark Repulser, Elucidator is capable of dealing more damaging blows and slicing through solid objects and even metals. Made of a strong material that does not conduct electricity or heat well, Elucidator provides some protection to Kirito against electric and heat-based attacks.
Because of his years of wielding swords in his virtual games, Kirito possesses an uncanny ability to handle Elucidator with grace and when it comes to real battles, he easily conquers any opponent he encounters.

What Sword Techniques Are Available for Elucidator? 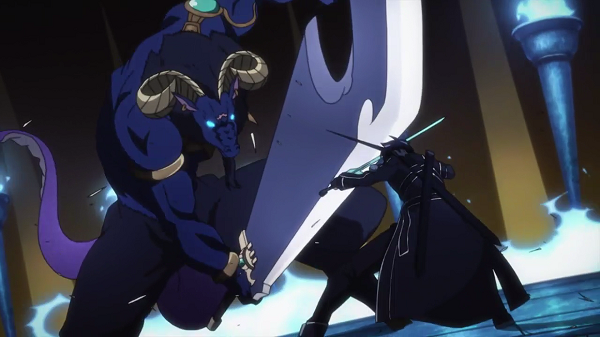 Dual Blades is a unique sword skill granted to players who demonstrate the fastest reaction speeds in the game. Upon activating this skill, Kirito can move in a flash across the combat zone while using both his swords, Elucidator and Dark Repulser. It gives him the ability to sneak past enemies and link special combo attacks. According to Heathcliff, the leader of the guild ‘Knights of the Blood’, players that are granted this skill are bound to conquer the final boss and win the game. 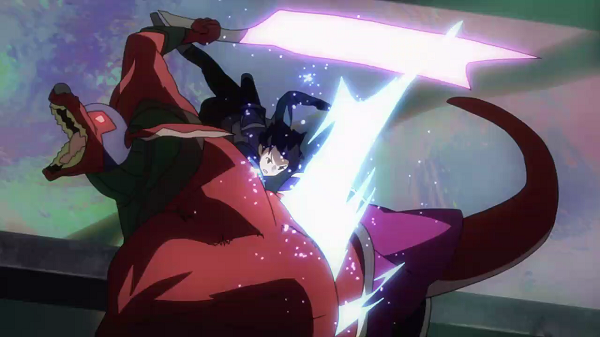 Sonic Leap is portrayed as a single top-to-bottom vertical slash, perfect for killing a foe in a single movement. In order to activate it, Kirito raises his weapon high up atop his shoulders. Although it is a beginner-level technique, it can be more deadly than a simple vertical swing. Kirito used it to deal the last blow to the First Floor Boss in Aincrad and slay the monster mid-jump. 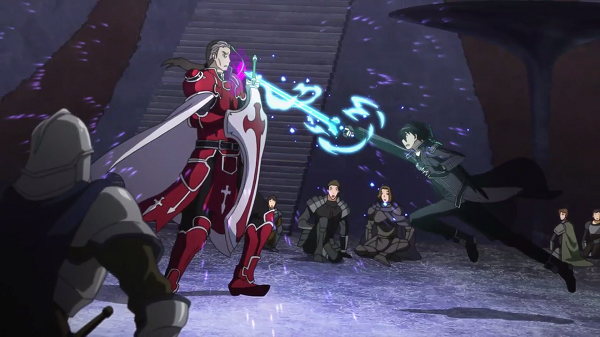 Rage Spike is a basic sword skill where Kirito suddenly launches himself at the enemy closing a distance of 10 meters in an instant. When activated, this skill bathes Elucidator in a bright pale-blue light and allows Kirito to execute an upward slash from the right. However, it cannot be directed towards the sky and the amount of damage is relatively low when compared to other techniques. Kirito used this skill when attempting to hit Heathcliff in the chest. 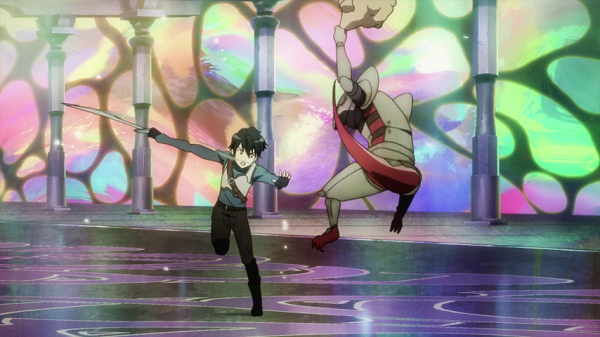 Slant is a charge-type skill that helps Kirito to execute a sharp diagonal cut in two directions, either from bottom-left to top-right or top-right to bottom-left. The skill has much in common with Vertical and Horizontal skills, except the range maximum of 2.5 meters and a slanted trajectory. 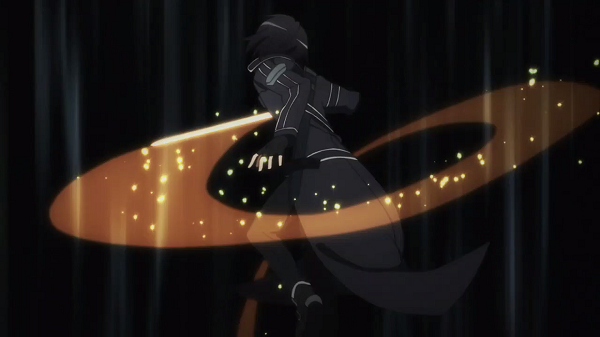 Meteor Break is a powerful technique that requires a sword and some knowledge of martial arts. It consists of seven movements starting from a downward strike to the right and ending with a horizontal cut from right to left directed to the enemy’s neck. Kirito used this skill when encountering a Demonic Servant, skeletal swordsman wandering in the Labyrinth of Aincrad. 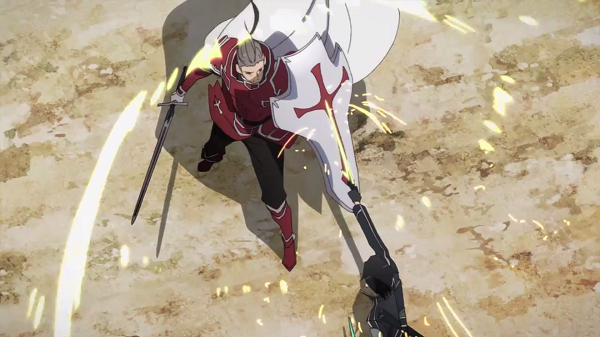 Vorpal Strike is described as an extremely high-speed thrust that causes a long delay after using the skill. The reach is double that of the Elucidator’s length and Kirito is capable to hit multiple targets if they are located close to each other. When in use, a sound similar to a jet engine can be distinctly heard. It is one of Kirito’s most commonly used skills, often aimed towards powerful monsters and high-level players.

The world of Sword Art Online has an extensive list of powerful weapons like swords, rapiers, maces, tower shields and spears. If you were given a choice, what weapons would you use to survive the game?

Link start! Logging in… Welcome to Sword Art Online rare figure directory. Here you can find all about the rarest and priciest figures from our line of products. Enjoy, and we hope that these figures will remind you to log in again after glancing at them in the real world.