They say that hell hath no fury like a woman scorned—but some don't even need a reason to do some scorning of their own. Just in time for Halloween, here are seven of the cruelest women in all of anime!

Halloween is right around the corner, and what better time to celebrate the cruelest, scariest women in anime? Beautiful and terrible, cute and psychotic, elegant and violent, these characters run the gamut from jealous to murderous. If you've got an appetite for fear, grab a spot on the couch and watch these ladies do what they do best: crimes against humanity.

The Witch of the Waste from Howl's Moving Castle 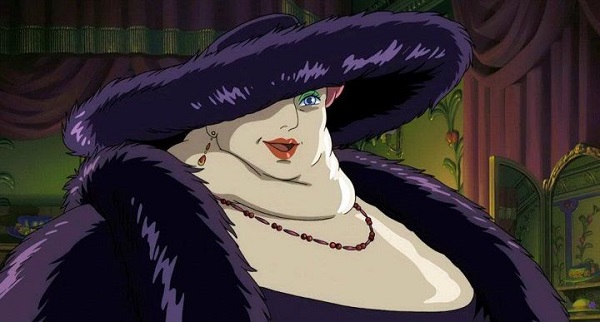 A name is a powerful thing—even more so when it's a title like this one. Well known for her vanity, the Witch of the Waste has a penchant for pettiness, which is particularly dangerous in a powerful spellcaster. Retail workers beware: she's no ordinary rude customer. The Witch turns young women into decrepit old ladies for refusing to serve her. Hers is a story of heartbreak and unrequited love, and she will stop at nothing to destroy everything that is more beautiful than her. 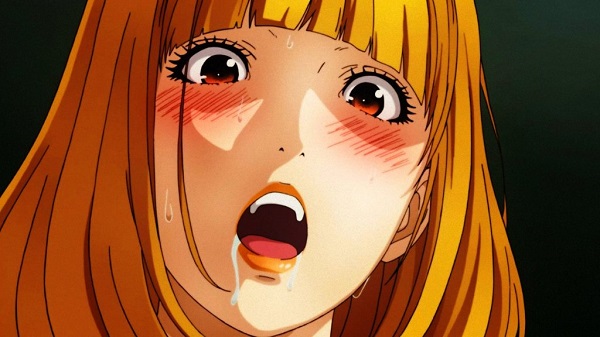 The secretary of Hachimitsu Private Academy's ruthless Underground Student Council. Hana is a vicious taskmaster during the boys' prison term, working them to the bone and putting her black belt in karate to good use. Her abusive tendencies grow by leaps and bounds throughout the series, with a particular focus on main character Kiyoshi. Hana's obsessive and insecure personality leads her to lash out violently at any insult, punishing even misunderstandings with relentless stalking and crippling kicks to the face. 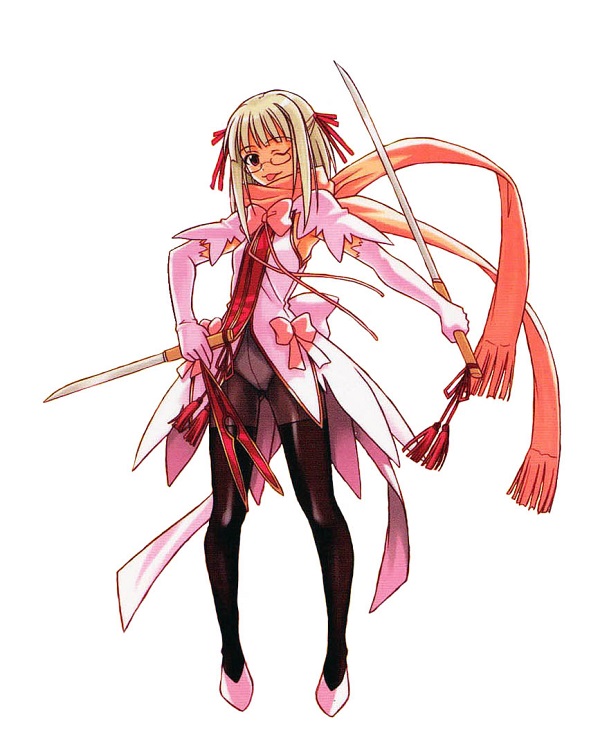 If your only experience with child mercenaries is from watching Jormungand, be warned: not all of them are as mild-mannered as Jonah. Tsukuyomi of Manhou Sensei Negima! is as deadly as she is adorable, and she revels in the violence she's contracted to carry out. Tsukuyomi's love of battle is guided by a strong masochistic streak; in addition to the challenge of a powerful opponent, she takes a genuine sexual thrill from fighting someone capable of hurting her. As if she weren't bloodthirsty enough on her own, she summons demons in to aid her in battle, and has been known to attack even her employers when it amuses her. 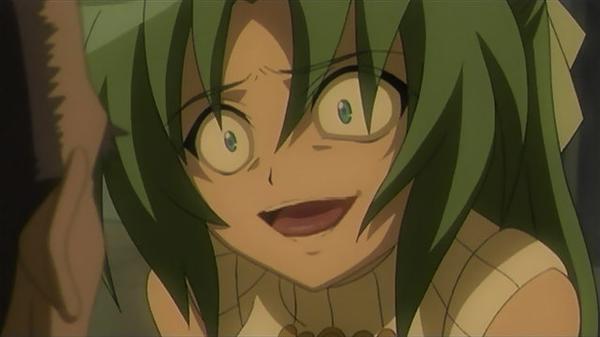 The twin sister of heiress Mion Sonozaki, narrowly second in line for her family's legacy. Although she is well-heeled and wealthy, she detests the boarding school she attends and goes to elaborate lengths to escape it. In fact, Shion frequently studies groups of people closely in order to figure out how best to turn them against each other, and is able to do so with an entire town. Shion is as unhinged as she is calculating; her schemes often end in brutal violence, and she is willing to resort to torture and murder in the name of her love for her close friend Satoshi. 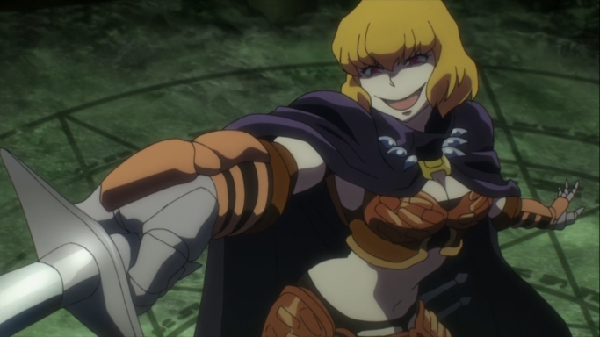 In a story told from the perspective of a villain, there are none more bloodthirsty than Clementine. She once held a seat on the nefarious Black Scripture of the Slane Theocracy, but left because the job wasn't exciting enough—in other words, because her evil government didn't have her kill enough people. Clementine inflicts pain and death for her own amusement, drifting to whichever ally can point her in the direction of the most victims. Her most prized possession is a plate armor bikini of sorts, which she forges herself from the guild plates of adventurers she's killed. 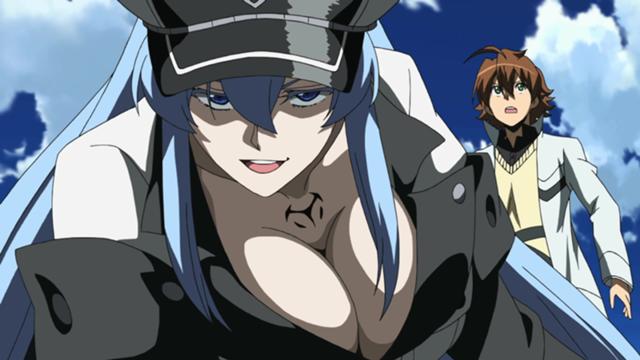 Esdeath is one of the Empire's highest-ranking and most decorated generals, and earned her rank committing some of its worst atrocities. She has led genocidal campaigns against the surrounding tribes, and is infamous for personally enslaving and murdering the greatest hero of the Northern Tribes and burying 400,000 of his people alive. Esdeath has no patience for weakness or compassion, considering the strong to be the rightful rulers of the world. She's also skilled in medicine and physiology...because she's spent her entire military career studying torture. Amusingly, her name pronounced in Japanese is wordplay for "I am a sadist". 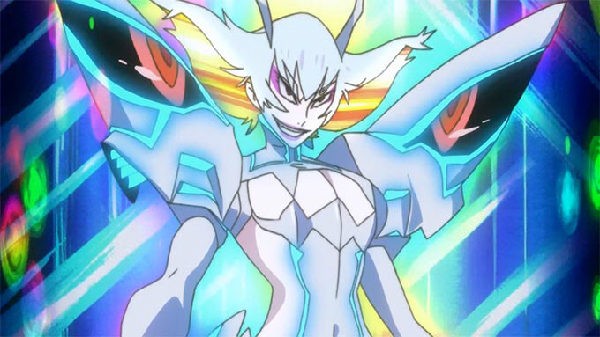 A strong candidate for world's worst parent. Ragyou Kiryuuin is the mother of the authoritarian Satsuki Kiryuuin, and makes her daughter into a force of unbreakable will by routinely abusing her throughout her life: physically, psychologically, and sexually. As the CEO of global clothing monopoly REVOCS, Ragyou seeks to envelop the entire world in her brand of clothing and subsequently destroy it. Ragyou controls her subordinates and enemies through intricate schemes, but won't hesitate to use physical force if the situation calls for it. She views humanity as nothing more than food for the Life Fibers...and she loves to play with her food.

As in real life, anime can show you the best and worst humanity has to offer. Many of these characters in particular are scary because of what they represent: the Witch of the Waste is the embodiment of vanity, and Esdeath invokes the worst excesses of war. Some are particularly disturbing because of who they should be: a monstrous sadist in place of one's sister, mother, or classmate. While monsters can come from just about anywhere, sometimes the cruelest and most dangerous people are those closest to us. 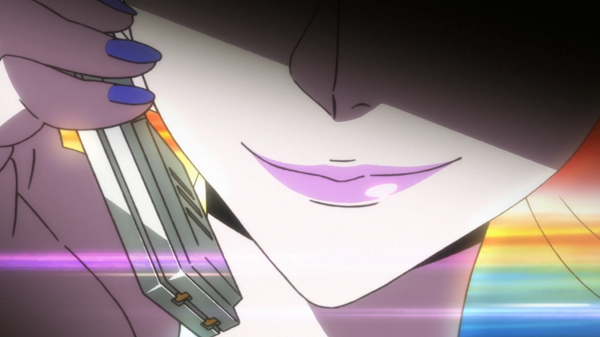