What Does Yandere Mean? 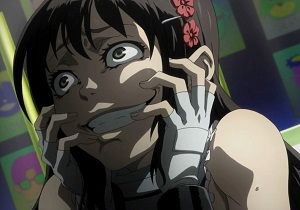 You know the phrase "crazy in love"? Well that's pretty much the definition of a yandere character. Yandere is a sickness that infests itself in the sweetest of characters, who become so absolutely infatuated with their love interests that they are willing to do anything for them, even if those actions aren't necessarily what their love interests desire. As is the case with some of the craziest serial killers, the yandere believes that what they are doing is just. It's a mental instability that forces them to focus their energy on one cause (love), and once a yandere falls in love, there's just no turning back. Especially after you've killed every other girl/boy your crush is close to in order to protect them.

Check out the Yandere Definition: A Comprehensive Guide to Crazy article for a more in-depth explanation of the term.

Meet the craziest anime characters that are the definition of yandere 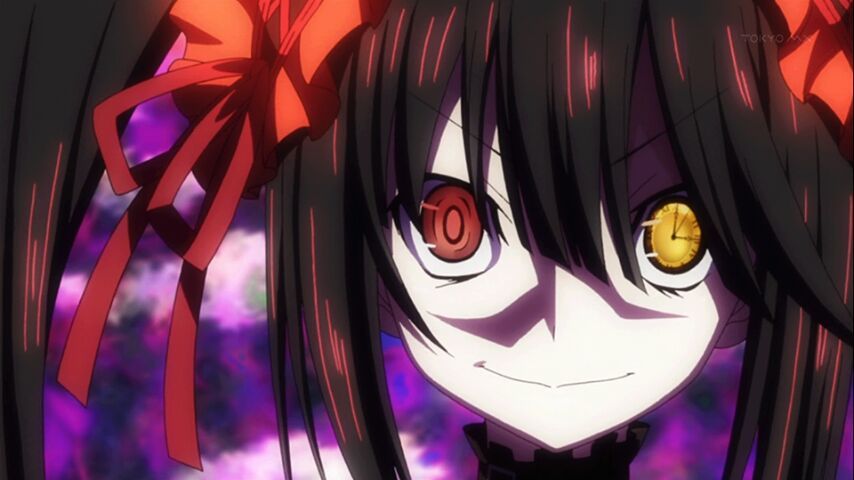 "Even I'm scared of these yandere girls and guys..." - Kurumi Tokisaki from Date a Live

From: Shingeki no Kyojin (Attack on Titan) 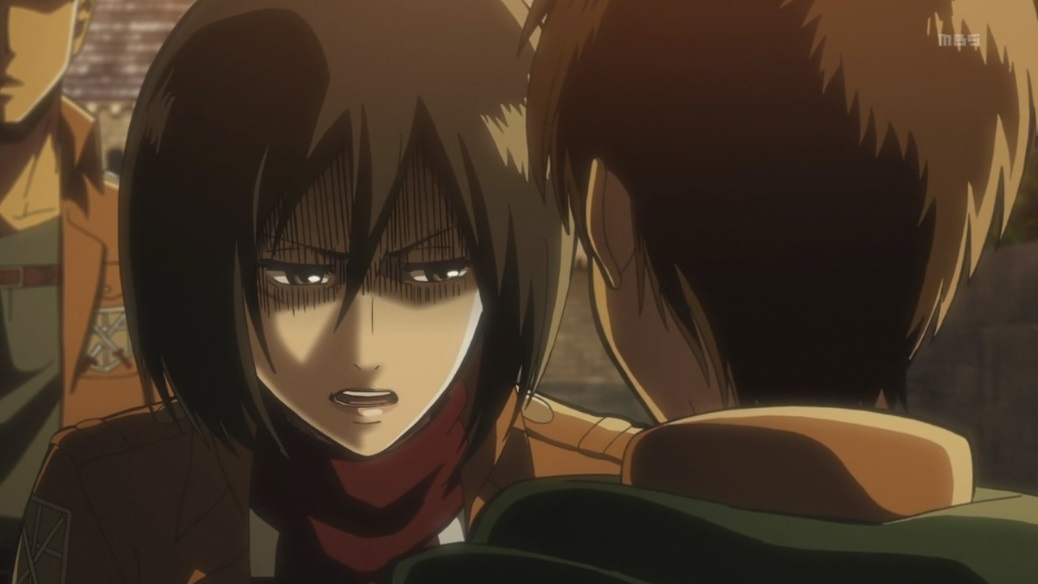 I had heard Mikasa was considered something of a yandere before Attack on Titan aired, but wasn't sold on the idea until quite late on into the series. Her feelings towards Eren really are just prime yandere material. The shadow dropping across her face when she thinks Eren might have betrayed her in some way speaks to her true yandere character. 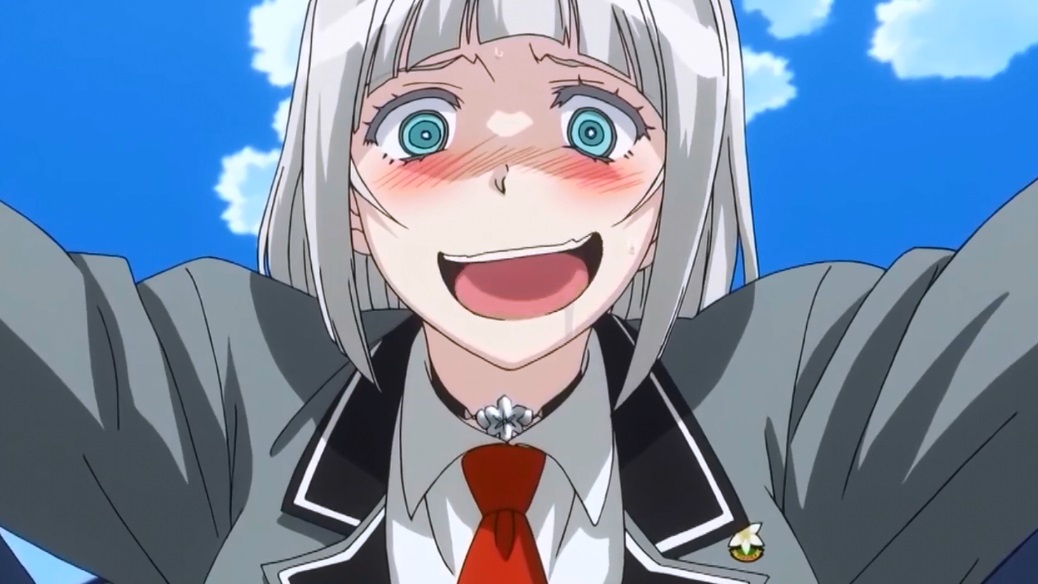 She's new but she's already entered yandere folklore. Anna from Shimoneta's mind had been warped by these bizarre ideals of what equals purity in her dystopic cyberpunk society. This creates conditions ripe for her to go full yandere when she first finds a guy she likes, culminating in some quite extraordinary scenes which include, but are not limited to, chasing after the main character with a vacuum cleaner intent on putting the business end on his penis. Also "special" cookies. 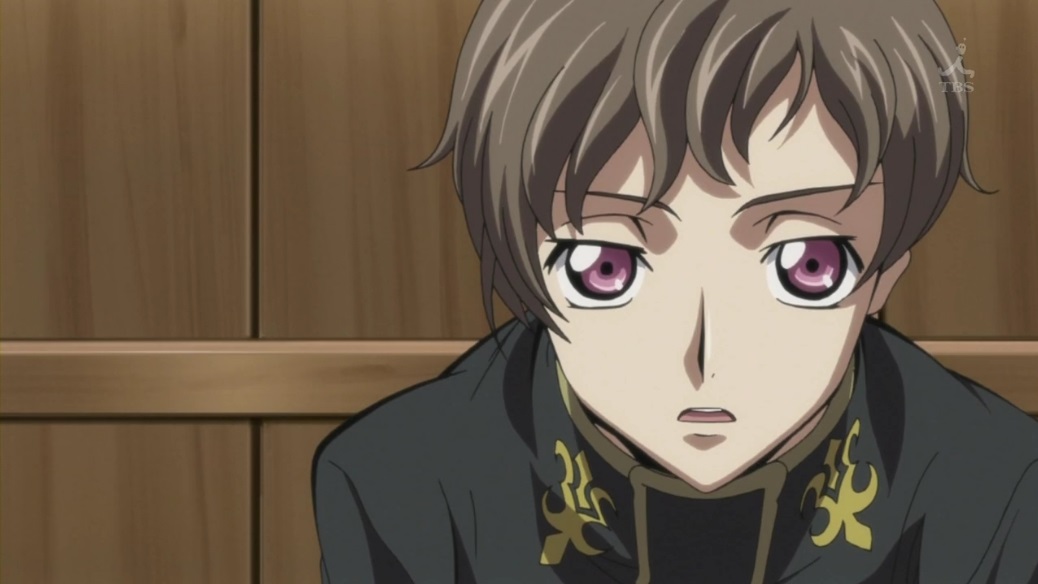 Another thing an awful lot of yandere lists are missing are some men in the picture. The character trope is not limited to women you know. Rolo from Code Geass R2 is a perfect yandere anime guy in that he goes out and kills people who would dare get between him and his newfound brotherly love for Lelouch, even when Lelouch would really prefer if he didn't go around killing those people.

From: When They Cry (Higurashi No Naku Koro Ni) 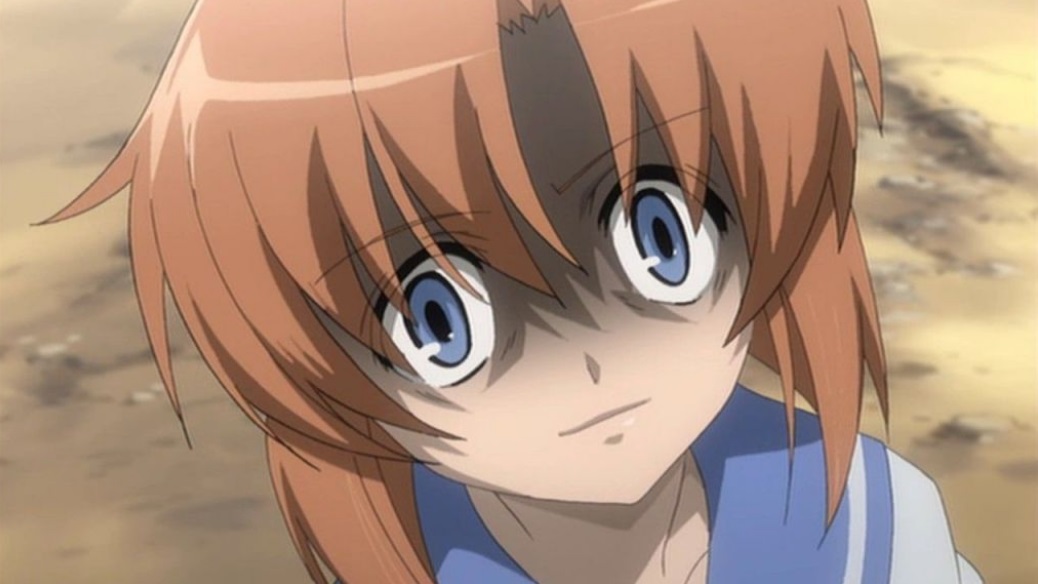 Rena is a great example of how yandere characters can be messed up beforehand and simply act out in violent manners because that's just how they are. While this weird town may have been what twisted Rena, what we see is how her affection towards the main character manifests itself... into a big bloody axe. 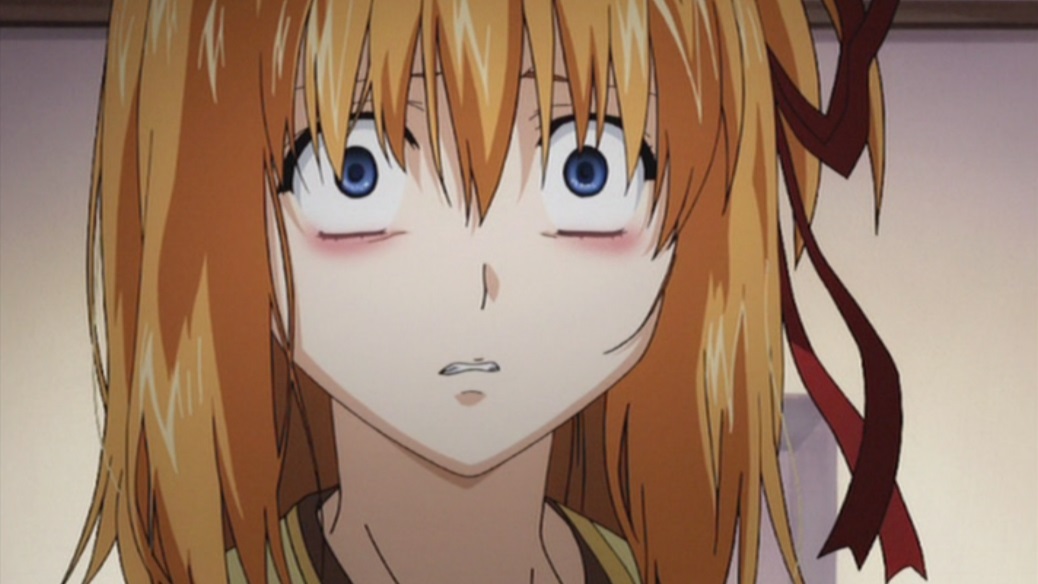 There probably were some yandere characters before Shuffle, but in the modern context, it was Shuffle that brought the yandere into harems and gave lazy creators another character archetype to latch on to. Just give your heroine a blank stare, psychotic acts, and a love of box cutters and you've got yourself another character for your harem dating sim.

From: From Hetalia Axis Powers 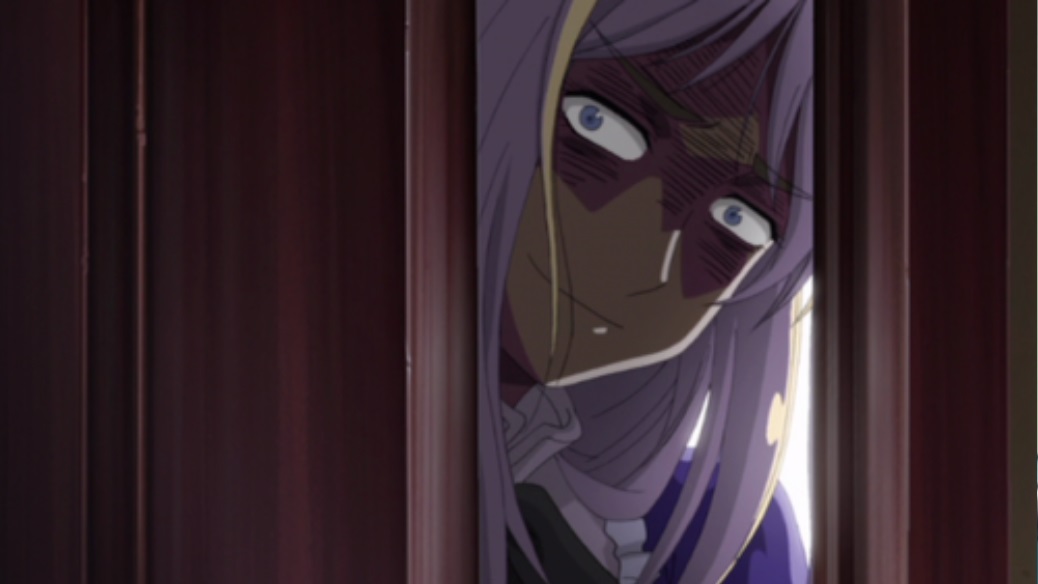 Hetalia may not always hit the mark and there's something about the more deranged parts of its fanbase that can be a little off-putting, but some of its interpretations of international history are weirdly genius. Belarus in the real world has made hints about wanting to be part of Russia. In Hetalia, this translates to Belarus wanting to be "one" with Russia which obviously means she acts yandere towards Russia. Logic! 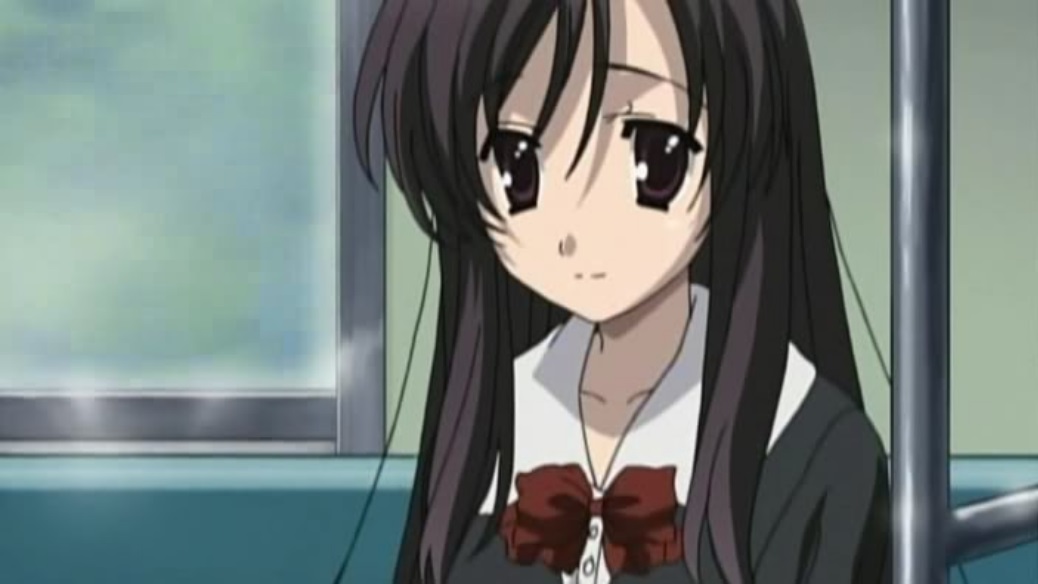 While Shuffle may have introduced the concept of the yandere to a wider audience, School Days and its nice boat exploded it into wider anime fandom consciousness. This was a yandere anime girl so extreme that they couldn't show the final episode properly the first time and instead showed a nice boat.

From: Dance with Devils 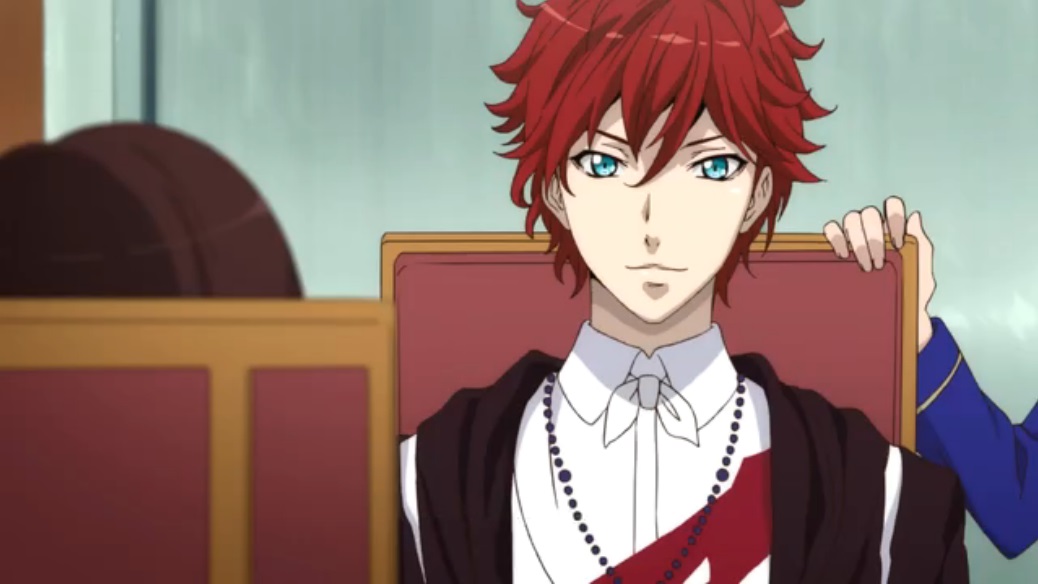 For all I said earlier about yandere lists needing more guys, I then proceed to not include anymore. So here's another one from the recently aired and totally silly pseudo-musical otome game adaptation Dance with Devils. Lindo is the creepy brother who basically tries to lock his sister in her house (so nobody can get close to her) and sings about how much he loves her to an empty room. I think somebody's got a serious sister complex. 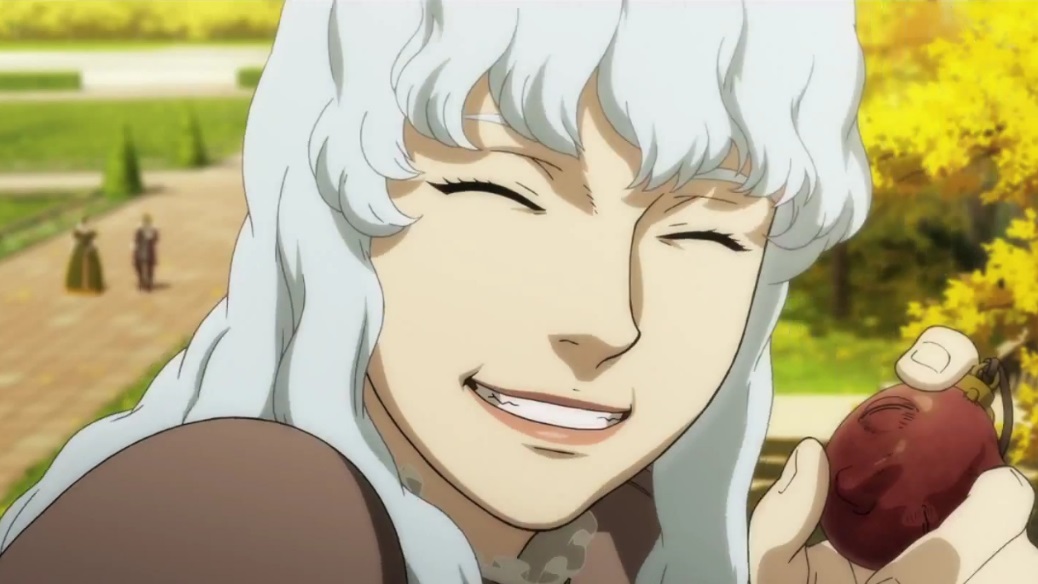 At the start of Berserk, Griffith declares he "owns" Guts, which at first most viewers take metaphorically, as though Guts owes Griffith a big favor. It's only when we get later on into the series and Berserk starts down its demonic path do we realize that Griffith's obsession with "owning" Guts goes far beyond that, straight into the creepy world of yandere. 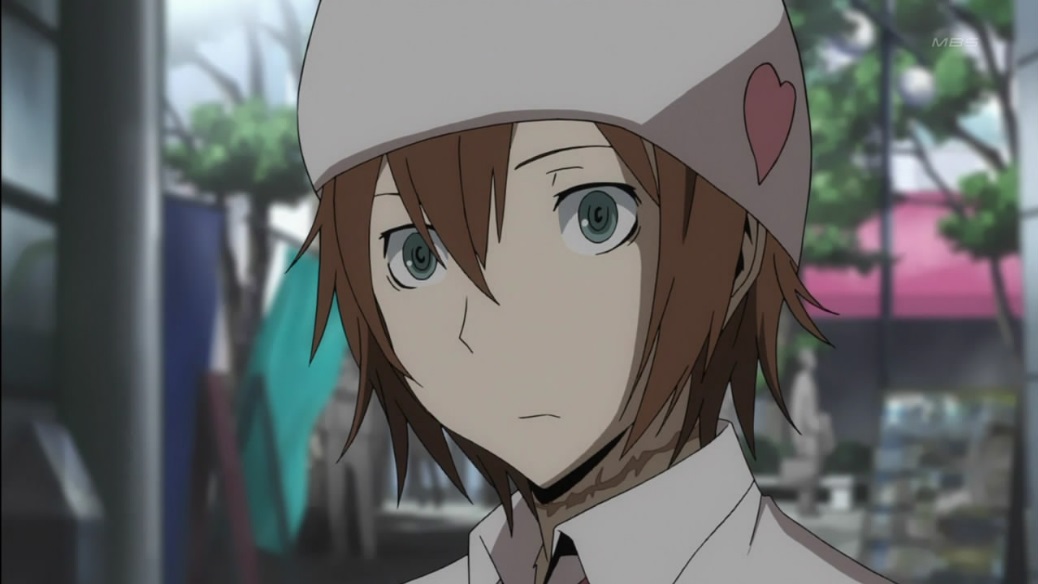 Even before we get into the territory of being willing to chop your own head off, Mika Harima was kinda deranged in her pursuit of love. She was a stalker, and when you're talking about yandere being a love sickness of the mind, stalkers fit that pretty well. Her boyfriend probably qualifies as a yandere anime guy too. 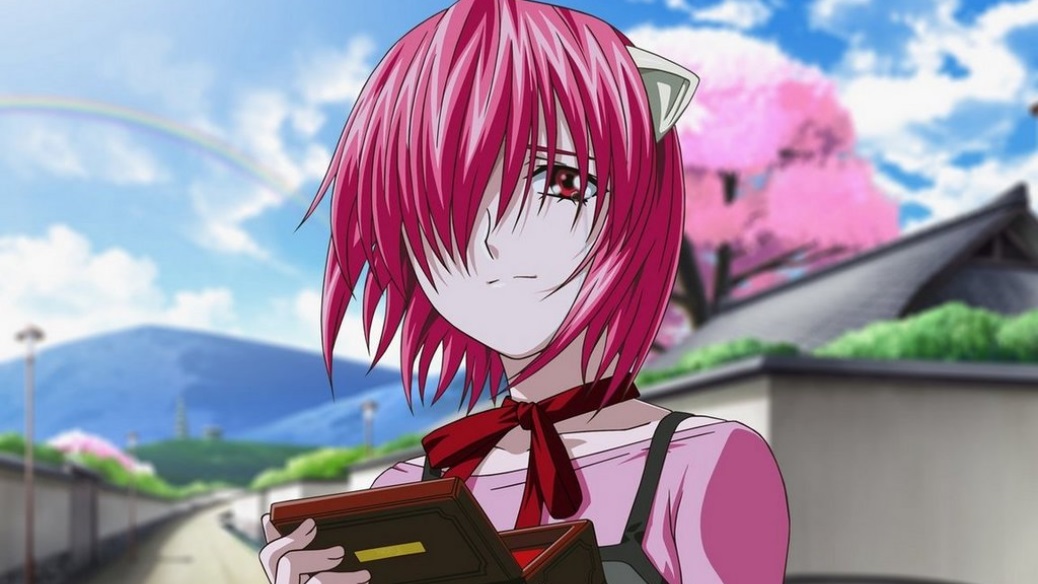 Lucy was a pretty damaged individual, even before she met and fell in love with the guy of her dreams. Something about having puppies beaten to death in front of you that'll really change a person (Elfen Lied not an anime known for its subtlety). This really starts to manifest itself though, later on, with lots of blood flying as a result. 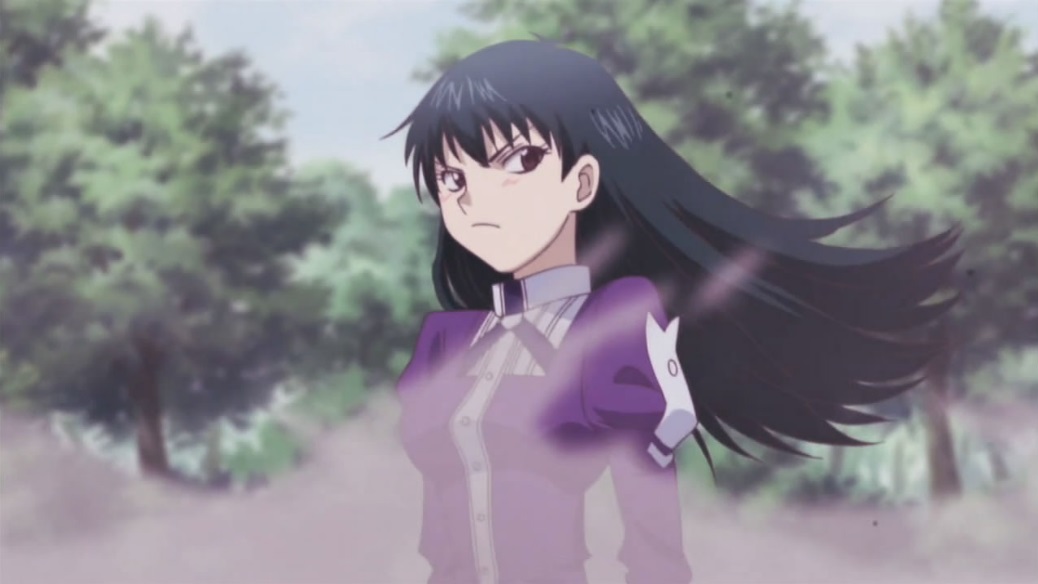 Look man, I know Kamisama Dolls wasn't the greatest anime around. But it would be unfair of me to not give it credit for the one thing it does superbly - really, really deranged and angry people. Of those characters, Mahiru was probably the best yandere, making her a both horrific and fantastic addition to this list. 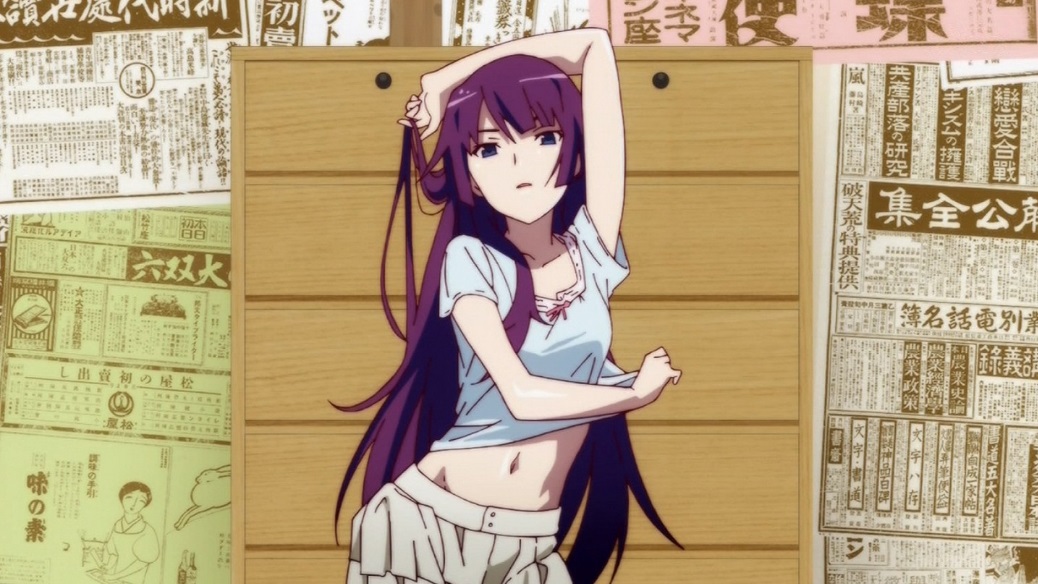 Senjogahara likes to claim she's a tsundere, but that's not true. She just puts on that act. In reality she's a frightening yandere that threatens people with stationary should they dare get in the way of herself and her love. 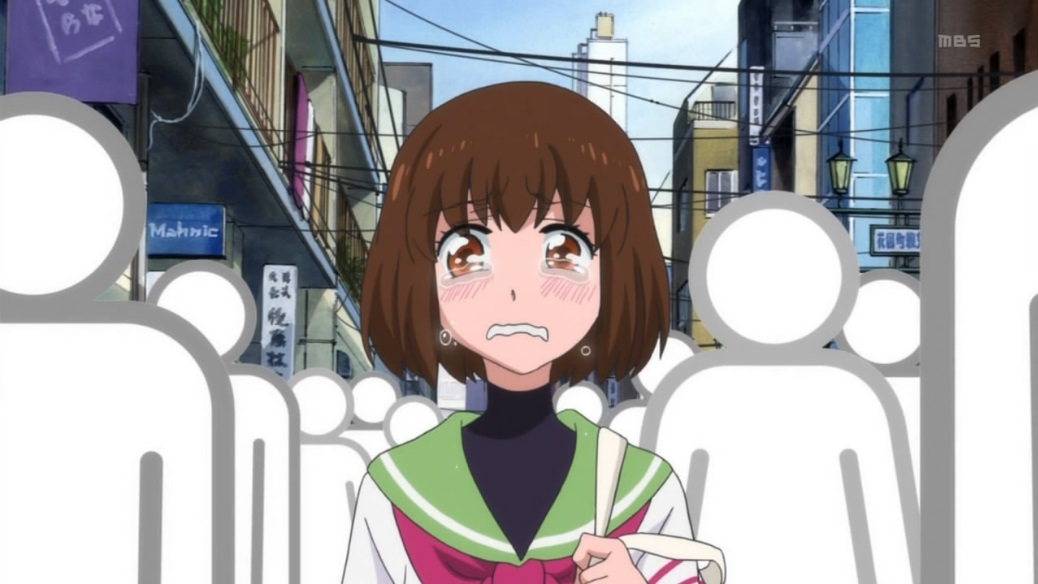 Another yandere stalker on this list. However, while yandere characters have a reputation for being extremely violent and out of control, that's not all there is to them. To be a true yandere anime character, one's love must be frightening, but also come from the heart - a love so passionate that it's scary and dangerous. Ringo's stalker antics fit these requirements to a tee. 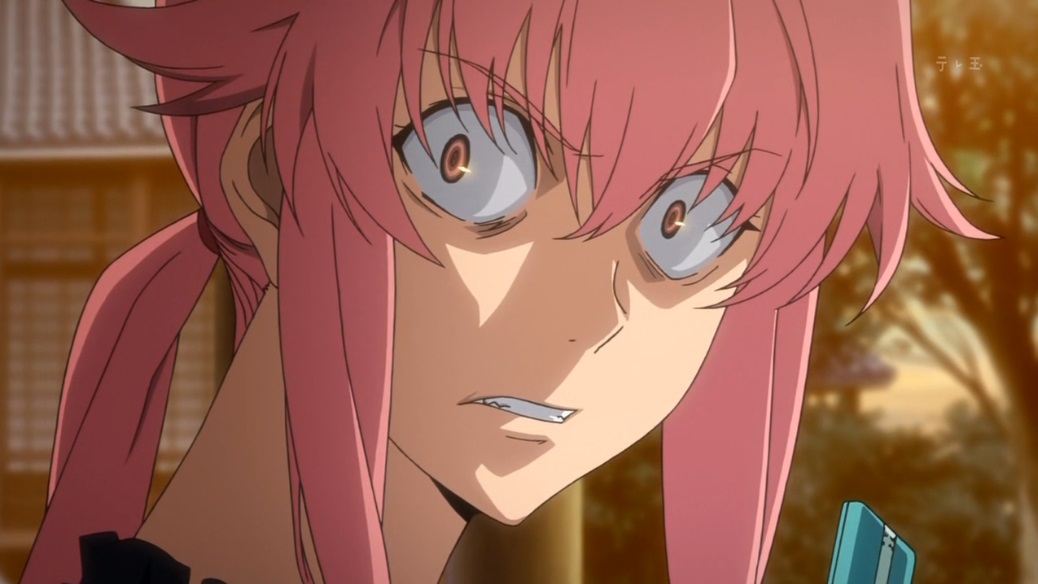 You thought I'd forgotten, hadn't you? How could I? Gasai Yuno from Future Diary is the yandere of all yandere characters. She lives, breathes and swings axes like a yandere. To not include Yuno would be like not including a roof in a list of "things your house should probably have". She is the face of the yandere character archetype in a way no other is. Maybe one day someone will take over for our favorite psycho pink-haired girl, but for now, she is the best yandere out there.

Anime is home to an array of different character archetypes. If you enjoyed this article, you will surely find the following "dere" anime tropes just as useful!

Anime Archetypes: The Dangerous Allure of the Yandere

The yandere is a frightening character archetype that has been gaining increased popularity within anime fandom in recent years. What is a yandere and why do some people find them so attractive?