Senketsu is Ryuko's kamui in Kill la Kill. Hen enables her to be a more capable fighter and helps her accomplish her goals. What is a kamui? How doesn Senketsu do this? What is their relationship like? Let's synchronize with our life fibers and find out! 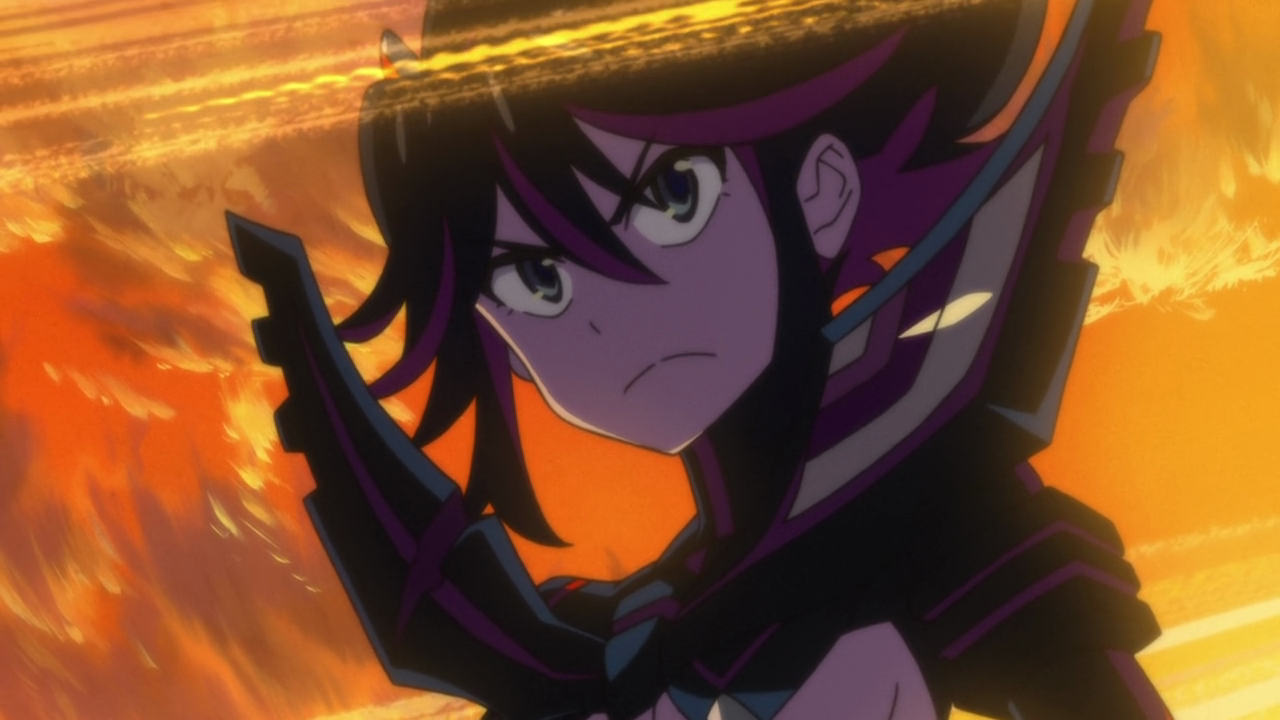 The anime Kill la Kill features conscious articles of clothing that can enhance a human's physical abilities. They are known as life fibers and are used in the manufacturing of all clothing. The amount of life fibers that make up a given piece of clothing determines how much of an effect it will have on the person who is wearing it. The student council members of Honnouji Academy wear Goku Uniforms, which are comprised of at least ten percent life fibers. The Goku Uniforms are measured by stars which indicate the percentage of life fibers in the uniform. As you increase in rank, the amount of stars on your Goku Uniform also increases. A one-star uniform is ten percent, a two-star uniform is twenty percent, etc...

However, there also exist rare articles of clothing known as kamui. Kamui are made up of one hundred percent life fibers. They are extremely powerful and have the ability to talk to their owner. Satsuki Kiryuin, the main antagonist of the series, has a kamui known as Junketsu that was passed down through her family. As such, the protagonist of Kill la Kill, Ryuko Matoi, has her own kamui that she calls Senketsu. 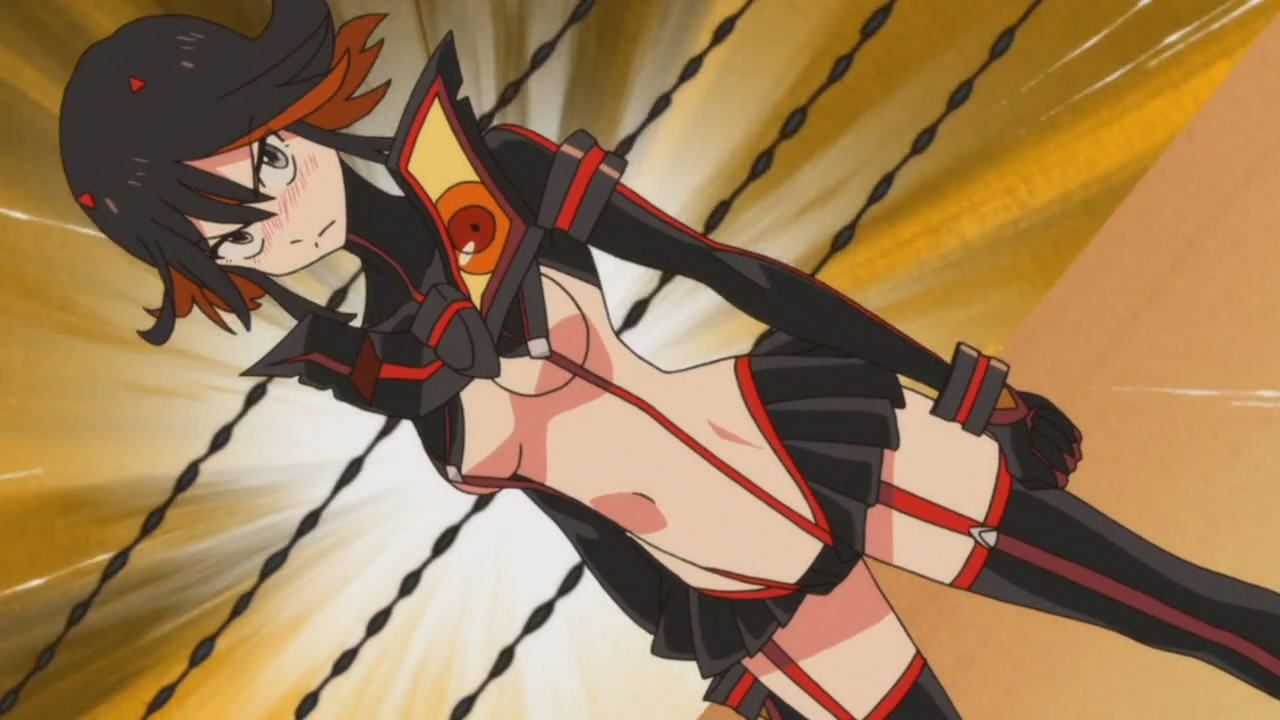 Senketsu means "fresh blood." Ryuko gives him this name because Senketsu, and all other kamui, drink the blood of their owner in order to power them up. Senketsu's life fibers pierce Ryuko's skin when she wears him and suck her blood up through them. Because Senketsu is a part of her physically, he can immediately sense any physiological changes in Ryuko's body. Ryuko isn't exactly happy when Senketsu reveals that he can sense her weight and BMI!

Senketsu was created by Ryuko's father, Isshin Matoi as his last great project before his tragic death. He injected elements of his own personality into Senketsu, which accounts for the kamui's brash behavior and sense of humor. Isshin hid Senketsu in a massive pile of clothing underneath his house for Ryuko to later find. He informed his partner and Ryuko's teacher, Aikuro Mikisugi, of Senketsu's whereabouts before his death. In the first episode of the series, Aikuro leads Ryuko to the pile where Senketsu is and she discovers him for the first time. 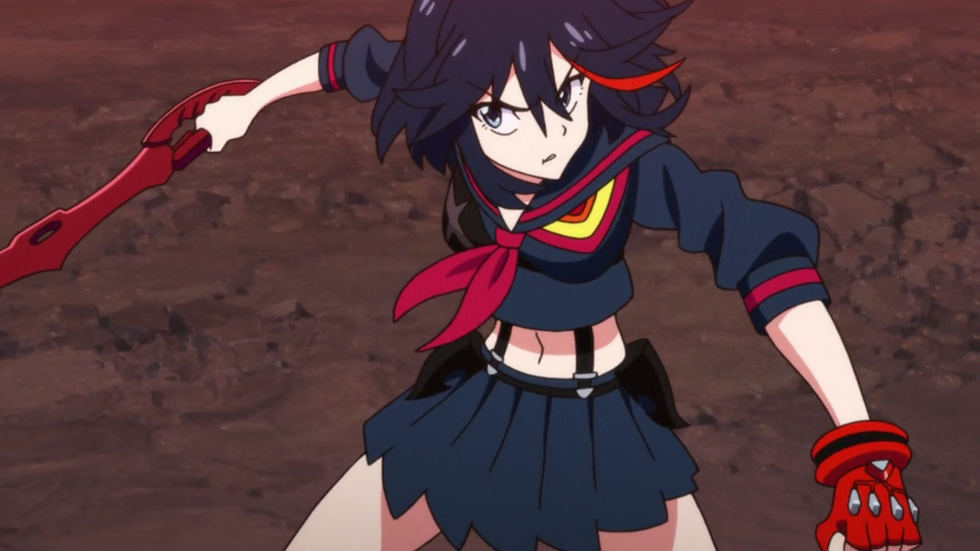 Ryuko and Senketsu's relationship is troubled at first. When Ryuko wears him, he transforms into a revealing uniform that leaves Ryuko with more skin than cloth. Ryuko is embarassed by this, which makes her hesitant to use Senketsu and utilize his full potential. When she is able to overcome her anxiety of being ninety percent naked in front of people, she learns how to Life Fiber Synchronize with Senketsu. This is when the two of them become one and enhance Ryuko's skill.

After they are able to synchonize with each other, Senketsu becomes dedicated and protective towards Ryuko. In one episode, we see a character named Maiko steal Senketsu from Ryuko. Her plan is to use the kamui's power to overthrow Satsuki and take over Honnouji Academy. After Maiko puts Senketsu on, he doesn't let her use him to harm Ryuko. As a result, Maiko's plan is thwarted and Senketsu returns to his true master. 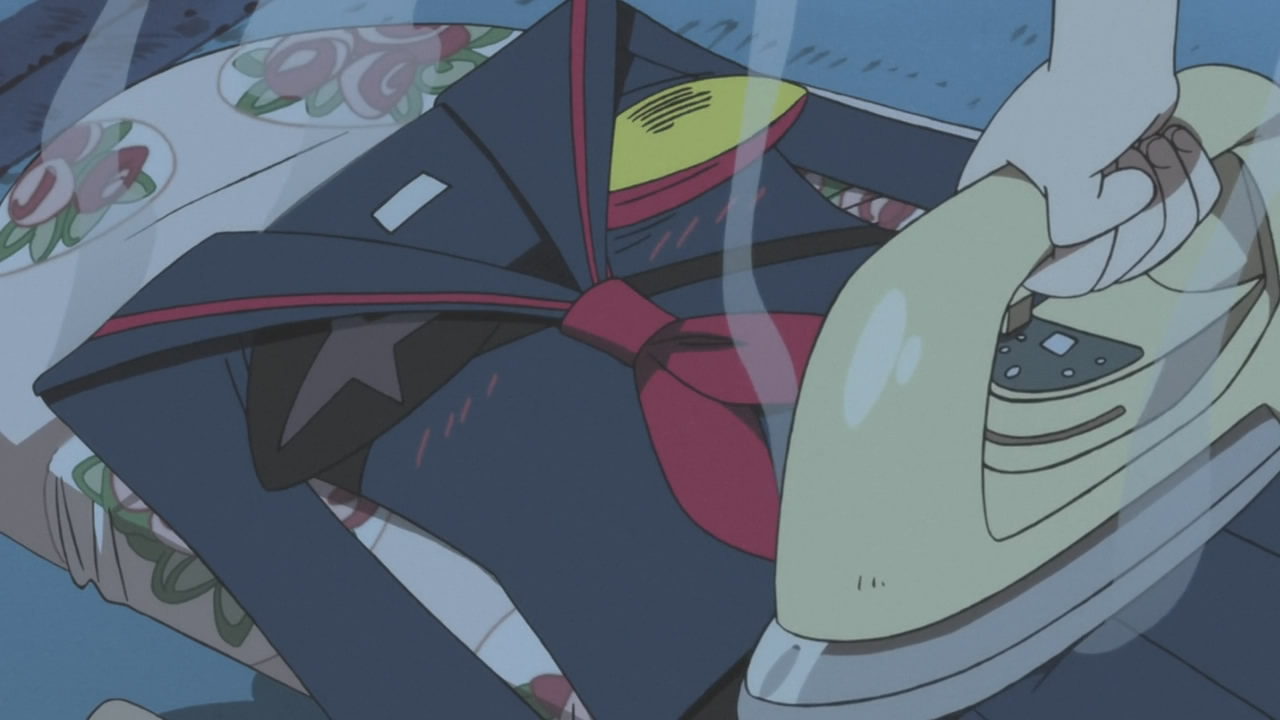 As their relationship progresses, Ryuko and Senketsu begin to care for each other and develop a loving friendship. At one point in the show, the hard-edged 80's action movie lead, Tsumugu Kinagase, comes after Senketsu in an attempt to kill him. Tsumugu has a vendetta against all life fibers and his goal is to eliminate them. However, Ryuko does everything in her ability to protect Senketsu. Senketsu then threatens to kill Tsumugu if he harms Ryuko. This moment is when the two realize how much they care for each other and afterwards, Ryuko calls Senketsu a "friend" for the first time. Their friendship enables them to fight better and it also gives the show a heart warming emotional element, which makes the viewer care about the characters and become further immersed in the story.

Ghouls hide among the clueless citizens in Tokyo, feasting upon flesh. In order to protect their identities and their loved ones the ghouls wear masks. These masks prove to be iconic in the tragic story of Tokyo Ghoul.