It's common to express a character's personality through their physical features, and the hairstyle is an important part of it. You can tell most tsundere because of their twin tails, a straight-laced and serious character parts their hair in the middle and always has a clean look, and a typical shounen main character has spiky hair. It adds information to the type of character they are, and it gives us an idea what to expect from them. Hair is a key part of what makes a character great, but some designs go a bit overboard. Let's take a look at some characters that have the silliest and most iconic anime hairstyles. 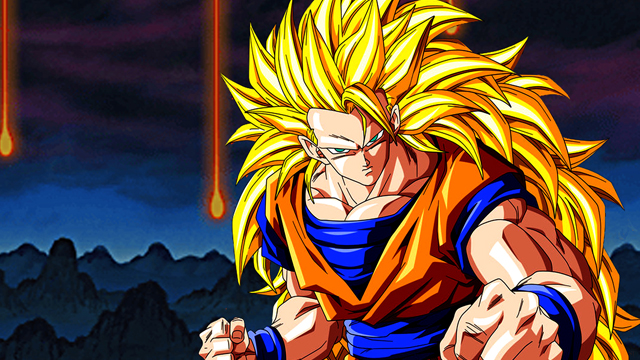 Gokuu's hair always defies gravity, and it attributes to his awesomeness. From his normal good guy look to his Super Saiyan look, his hair just likes to stay up. Things take a ridiculous turn though when you realize the number of spikes in his hair increases every time he powers up. It starts with six and then goes upwards to twenty. His hairstyle is iconic though, and I bet the Dragon Ball series wouldn't be the same if Gokuu had wavy bishie hair instead of his spikes. 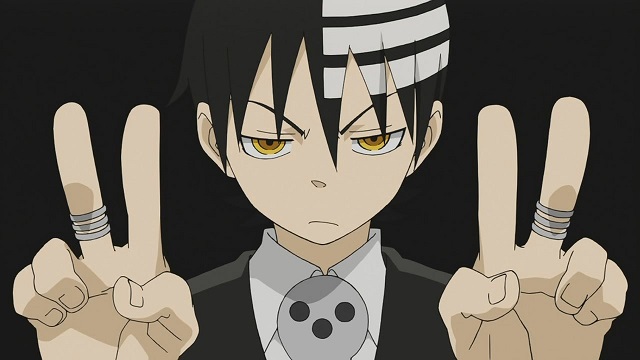 This guy loves symmetry to the point of obsession (well, he does have OCD), but he hates himself for having a non-symmetrical hairstyle. The ever serious Death the Kid has a comedic outburst every time he is reminded that one side of his hair has white stripes, and we love him for it. It looks cool, since he's a dual gun wielding bad-ass with a unique hairstyle, but I don't think he'll ever be convinced of it. 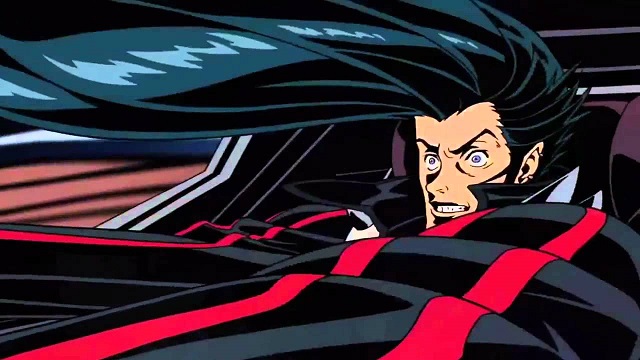 This racer boasts what is probably the most impressive pompadour even in anime. Though it doesn't seem very practical for a competitive racer, as it's not very aerodynamic. His hair is incredibly long and voluminous－I wonder how much hair gel he uses to hold it up! 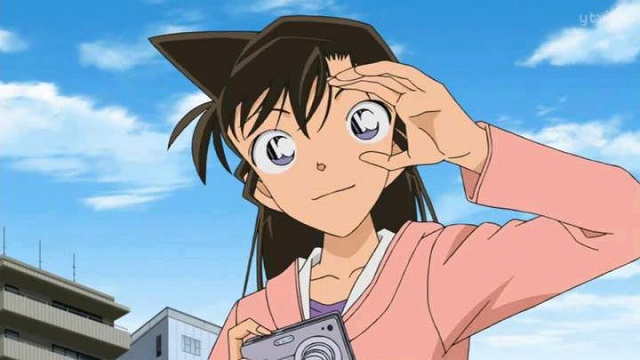 With her long, dark brown hair, Ran doesn't seem like a likely candidate for "Strangest Hair," until you notice the absurd triangular clump rising from the top left or right of her head, jutting out majestically like a lopsided birthday cap or dunce hat. In a series where everyone has natural hair color and styles that generally obey the laws of gravity and biology, Ran's unique coif is a standout in her long running anime. 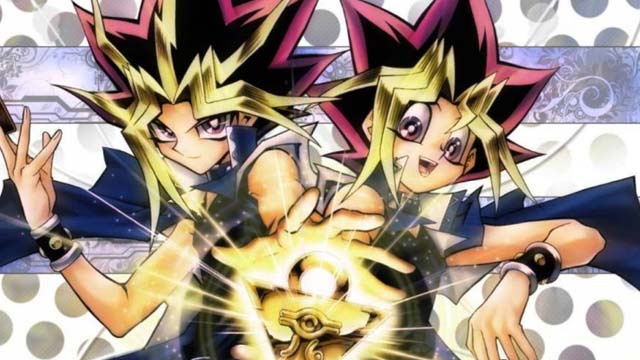 Yuugi's hairstyle is just ridiculous. While it does embody the shounen hairstyle, Yuugi's hair is too over the top. His hair has not only red spikes, but also blonde spikes running out of his head, and black spikes in the middle of it. It's like a complicated hair sandwich, and his silly hair design stands out a lot more since no other character has a hairdo as complicated as our hero's. I bet his hair is the reason no one notices he turns into Yami Yuugi, despite his voice changing, so he might've outsmarted us with that hair. 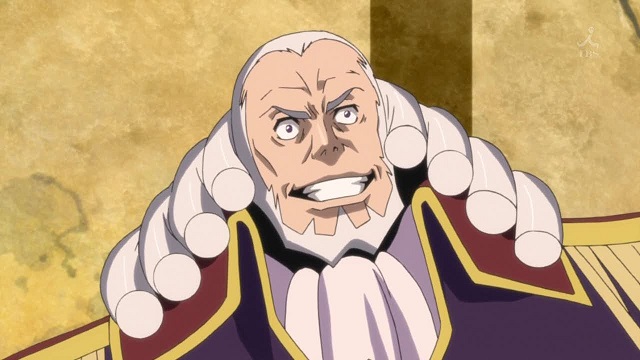 The Machiavellian ruler of Britannia as well as the father of the main character Lelouch, this regal villain definitely looks the part. Drawing inspiration from the European powdered white wigs of old, Charles sports a white, pompous looking mane that is generally impossible to do with real hair. I mean, come on, that's just not how hair works. 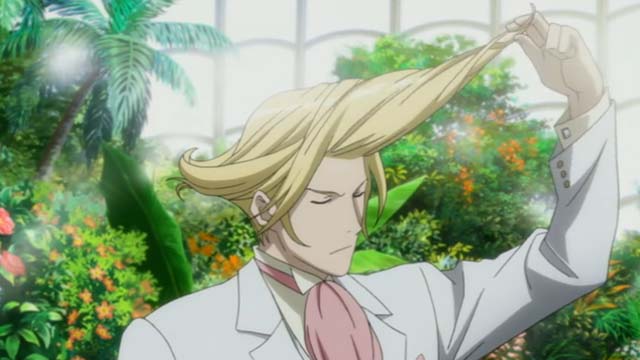 The police detective in this anime is a proud and flamboyant character, and this is effectively delivered via his unicorn hair. Just look at it. It's his long blonde hair doused in hair gel and forced to maintain a position that just looks awkward. It's almost like a child picked that hairstyle for him. Oh, wait, a child DID choose it for him. 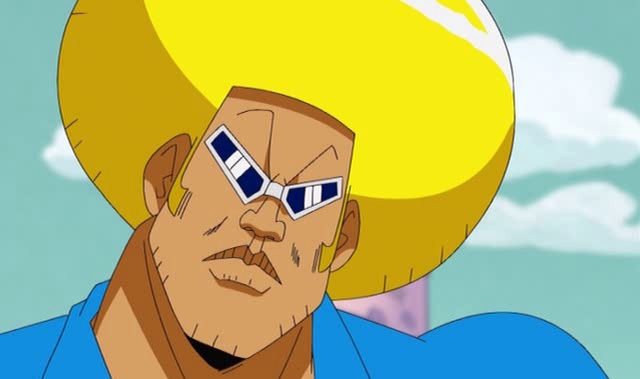 Okay, a blond afro is a little unusual, but not truly out there, right? And you'd be right in thinking that, except that the titular character of this wackjob show actually has hair made of solid 24-karat gold. Enough said. 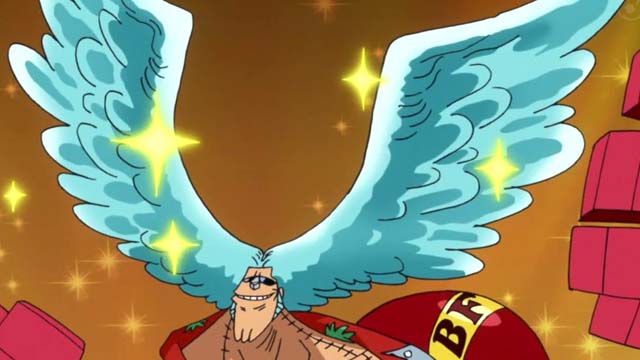 One Piece has a lot of ridiculous characters with even more ridiculous hairstyles. You could make a list of just One Piece characters and their weird hair, but let's focus on just one. How about the one character that has more than one weird hairdo? I'm talking about Franky, and his Franky Hair Salon. It's his power to change his hair into any shape or style. He can make it into a cannon, a pair of wings and even pigtails, because why not? 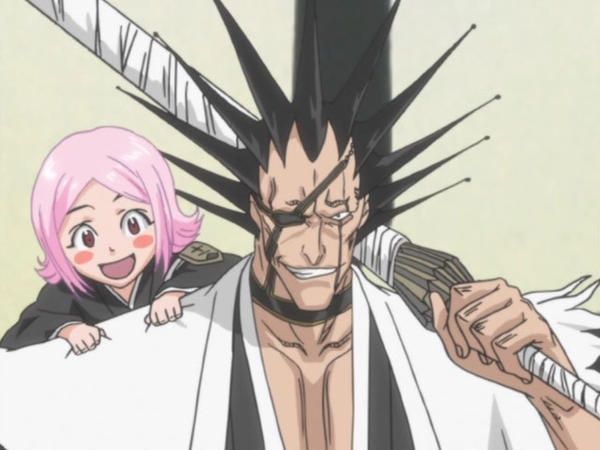 No shonen anime is complete without at least one character with crazy hair. Kenpachi's long spikes probably require copious amounts of product to achieve. In fact, it's safe to assume the captain of the shinigami 11th Division goes through several jars of hair wax a day. And that's not even mentioning the little bells at the ends. What's he trying to do, be a musical instrument or a Christmas elf?

From Ping Pong the Animation 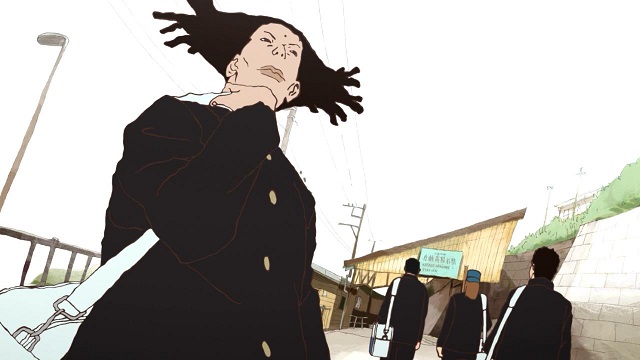 Masaaki Yuasa's art style is distinctive, but perhaps most recognizable of the Ping Pong cast is Ota. The rest of them have some pretty standard hairstyles (or lack of), actually. But for some reason, Ota has curious dreadlock-like hair that is parted down the middle. 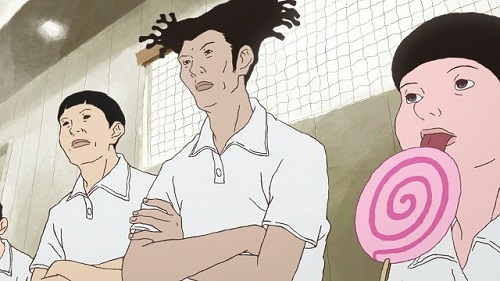 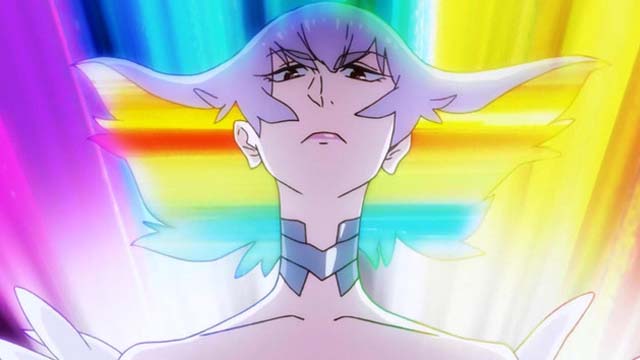 The antagonist of the anime Kill la Kill possesses a hairstyle that demands power and forces people to submit to her every whim. This statement is effectively shown through her intimidating hairstyle that has the colors of the rainbow in it. Nothing screams evil like a rainbow, and Ragyou uses the bright colors in her hair to spread her authority throughout the world.

The Cast of Shiki 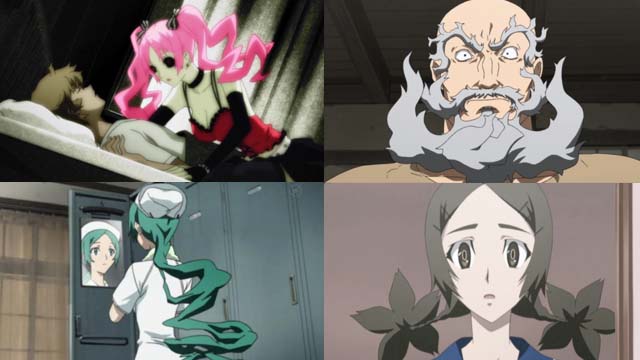 This vampire anime creates a thrilling sense of dread with its slow pace, silent scenes and tense atmosphere. It can generate paranoia in anyone that watches it, but the visual effect is cancelled out by the ridiculous hairstyles of the characters. It's very hard to describe them, but it's likened a bit to the wavy motion of smoke. Yeah, that's one way to describe it but other characters also have hair behaving like fire. On hindsight, maybe the hairstyles are meant to put viewers on edge (by annoying them) and add to the paranoia, but then there's this girl and her pinwheel hair, so the humor of it may be what makes the biggest impression.

The Cast of JoJo's Bizarre Adventure 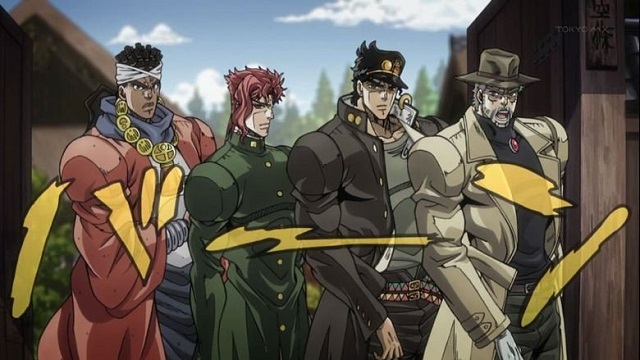 Jojo's beloved cast of fashion-forwards members deserves an honorable mention. While most have hairstyles that are generally feasible, they are definitely not your plain-Jane cuts that less chic characters have, and definitely show the series creator's love of alternative fashion. Fashion forward or weird? You decide.

Anime is loaded with stereotypes and overused tropes, so it's comforting to know liberties are often given to the hairstyles: an integral part of what makes a character awesome. What do you think? Who do you think has the silliest hairstyle in anime?