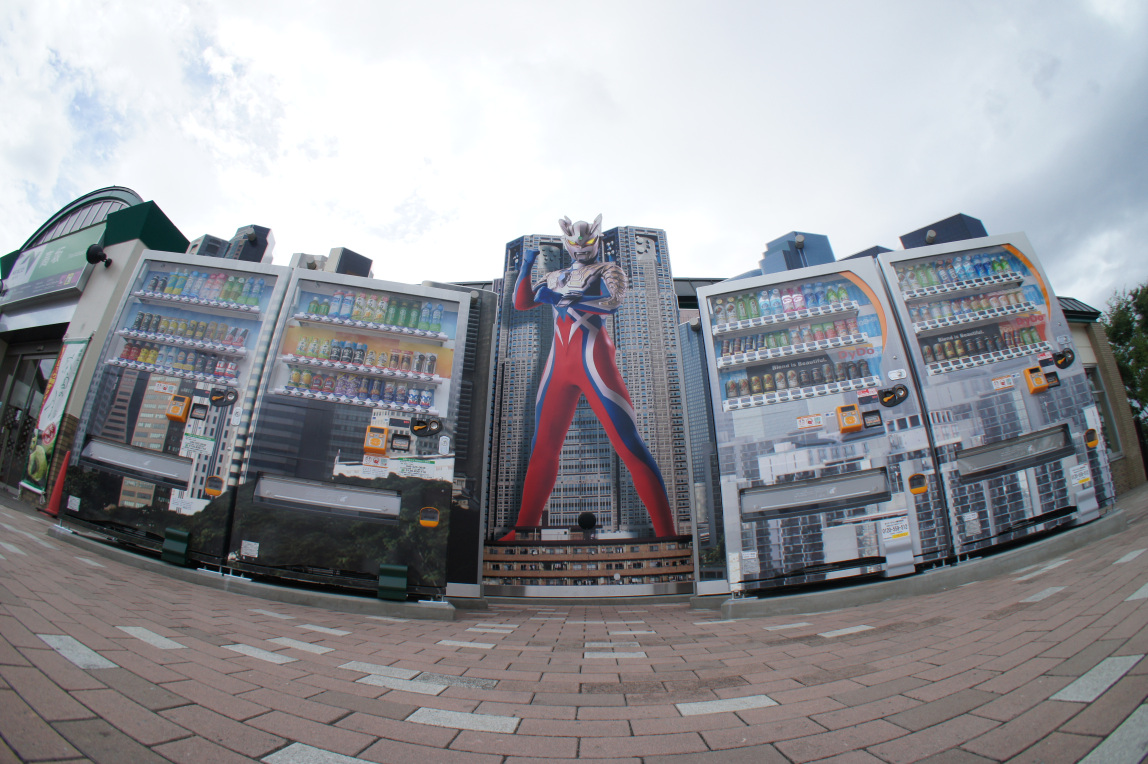 Even Ultraman gets thirsty! 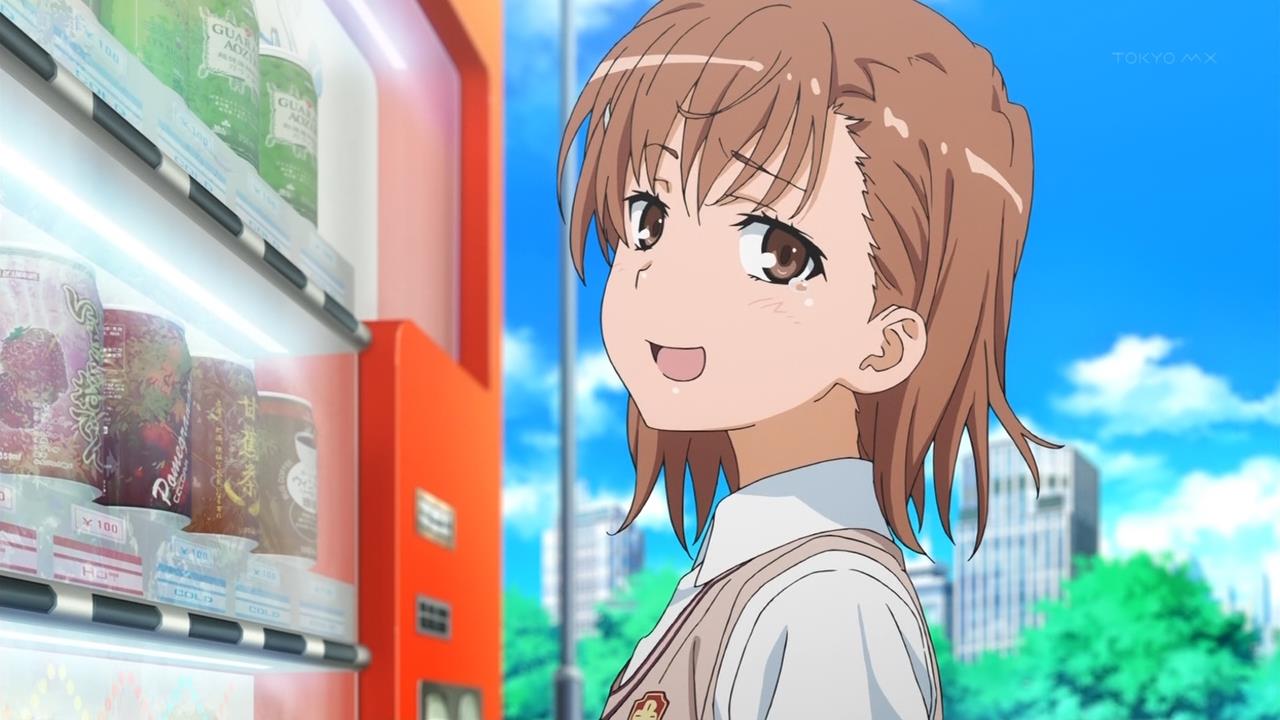 There are so many choices... Misaka from Toaru Kagaku no Railgun and Arisa from Love Live! are having trouble deciding what to buy! 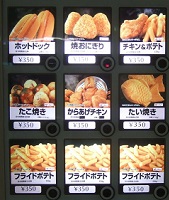 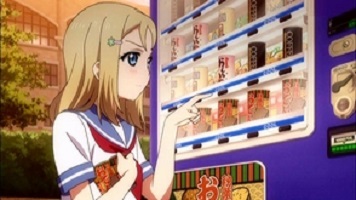 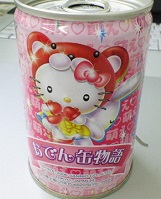 Chips, chocolate, candies and sodas. These items are your typical vending machines selections in America. Wow, do we have some catching up to do! Japan has vending machines that will distribute anything from soft drinks, to canned goods. They are like miniature grocery stores! In some vending machines you can find: canned meals, flower bouquets, umbrellas, toys, fried goods, heated frozen foods, sandwiches, fresh eggs, coffee, chips, alcoholic beverages, batteries, and cigarettes. There are even some notorious underwear vending machines, offering women’s bras and panties. I mean, um, used women’s panties. Ew. Japanese vending machines serve both American foods (like Pringles chips,) but also a wide selection of Japanese foods. For example, onigiri, which is a Japanese rice ball. Another is natto, which is Japanese fermented soybeans, served on top of rice. Some Japanese vending machines also provide a live stream of newly-made beverages. Others are designated Wi-Fi hotspots. 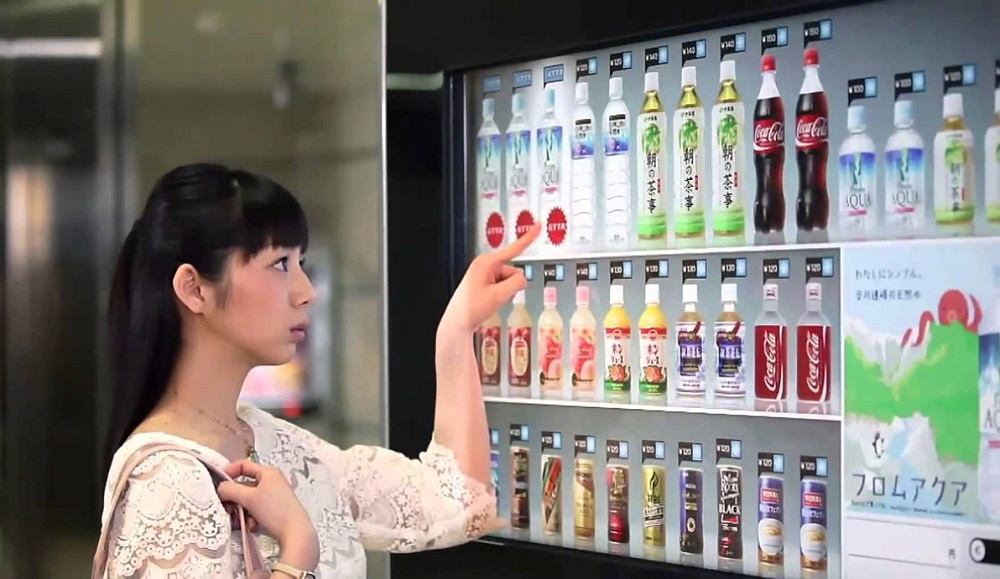 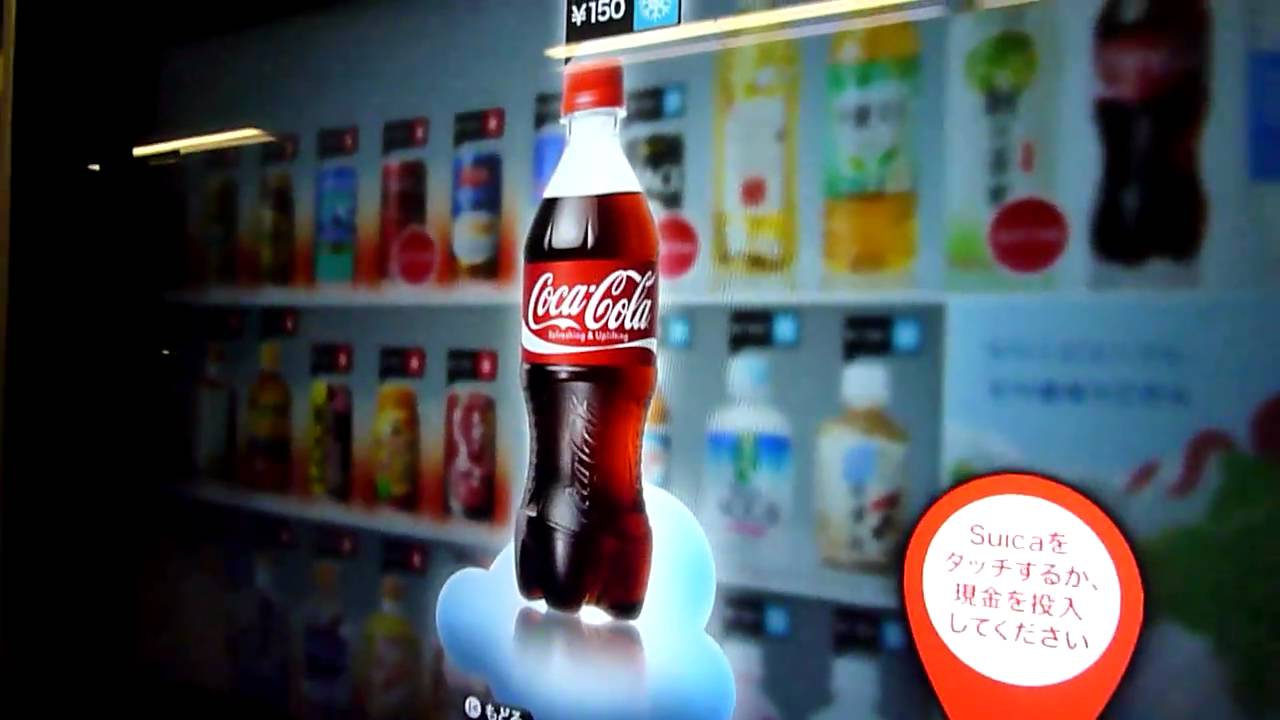 As I mentioned before, vending machines in Japan are highly technologically advanced. A large portion of them now have a ‘touch screen’ system, to allow a wide variety of drink selections using a touch screen. Payment can be made using cash, credit or debit cards, or through a smartphone, using NFC technology. A small portion of these machines have a sensor, determining the age and gender of the customer. This allows the machine to make personalized item recommendations. Pretty cool eh? Finally, the machines are hooked up with different sponsor’s television channels. When no one is making a purchase, it is able to advertise different messages and promotional videos. Of course, there are still the classic vending machines in Japan. These machines take only coins or cash (occasionally a debit card) and customers must punch in their desired items number into a keypad. This is similar to American vending machines. Talk about going back to the stone age, am I right? 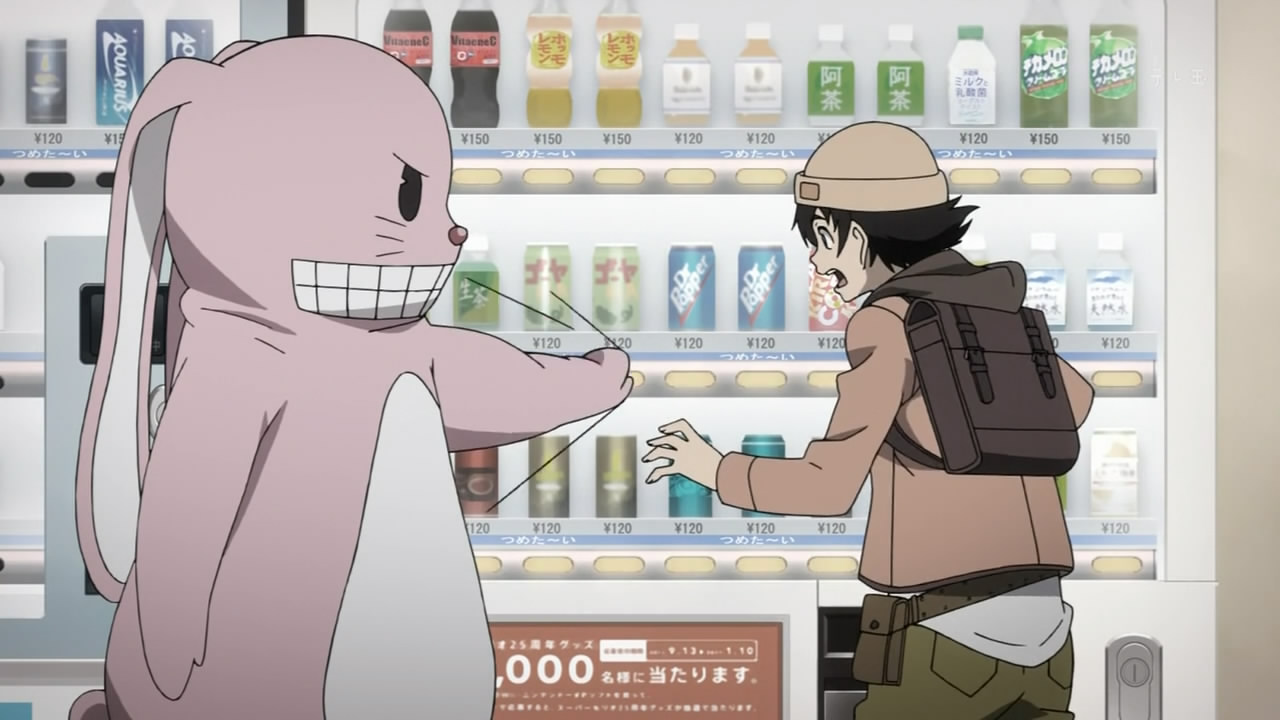 Yuno and Yukki from Mirai Nikki are goofing off in front of an old-fashioned vending machine!

If you think America is filled to the brim with vending machines, then you’ve clearly never been to Japan. In Japan, vending machines have pretty much become a part of the scenery. They are literally everywhere. Of course they are located in the usual places, like train stations and offices, but there are also some locations that you would never expect to run into a vending machine, even in your wildest dreams. If you ever climb to the top of Mount Fuji, you will not only be rewarded with the gorgeous view, but also with some nice refreshments. That’s right. You can find Japanese vending machines on the top of mountains. If you’re on the road, you are more than likely to spot a few roadside vending machines. Isn’t that crazy? 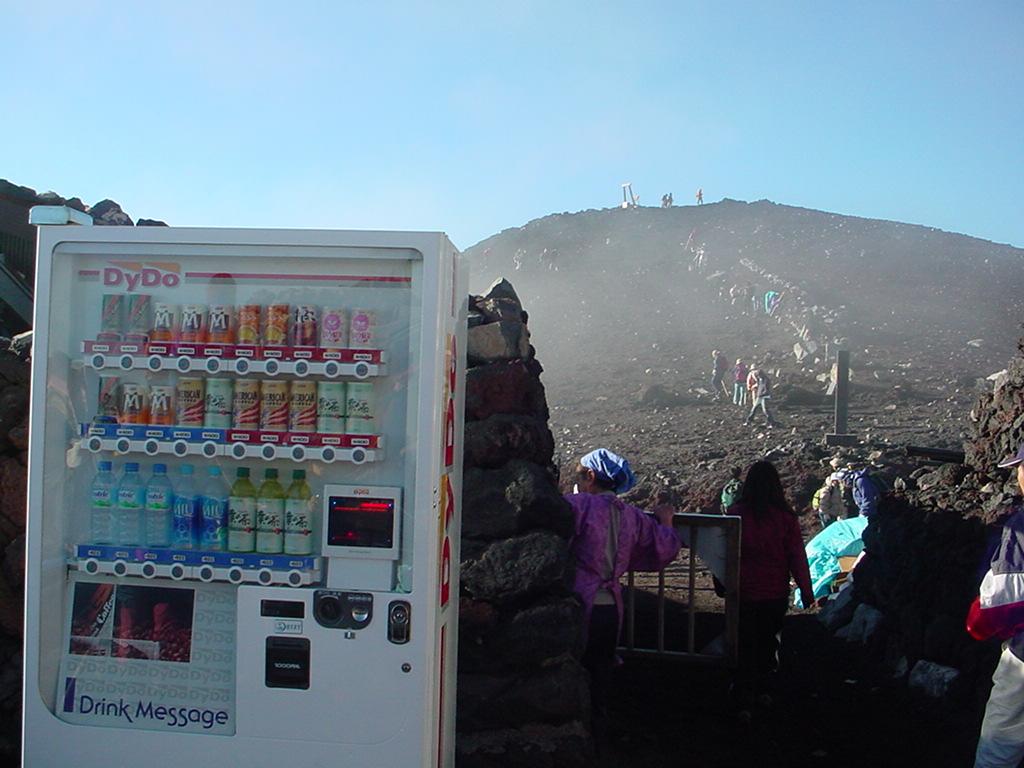 It's no small task climbing up Mount Fuji. If only there were refreshments close by... !?!? 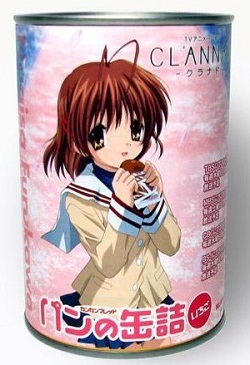 "I'm baking bread. Love will begin for all of the Dango." - Nagisa Furukawa

It really is interesting, how Japan can be so creative when it comes to food. I mean, just look at some of the awesome cafés they have! It is no real surprise that Japan is able to impress and amaze the entire world, with something as simple as vending machines. If you ever find yourself in Japan, be sure to keep an eye out for these wacky machines. Maybe you’ll get to snack on chips on top of Mount Fuji. Maybe you’ll eat bread, presented in a can with Nagisa’s face on it. Or, maybe you’ll even find the infamous panty vending machine! It is all just another reason to visit this one of a kind country. 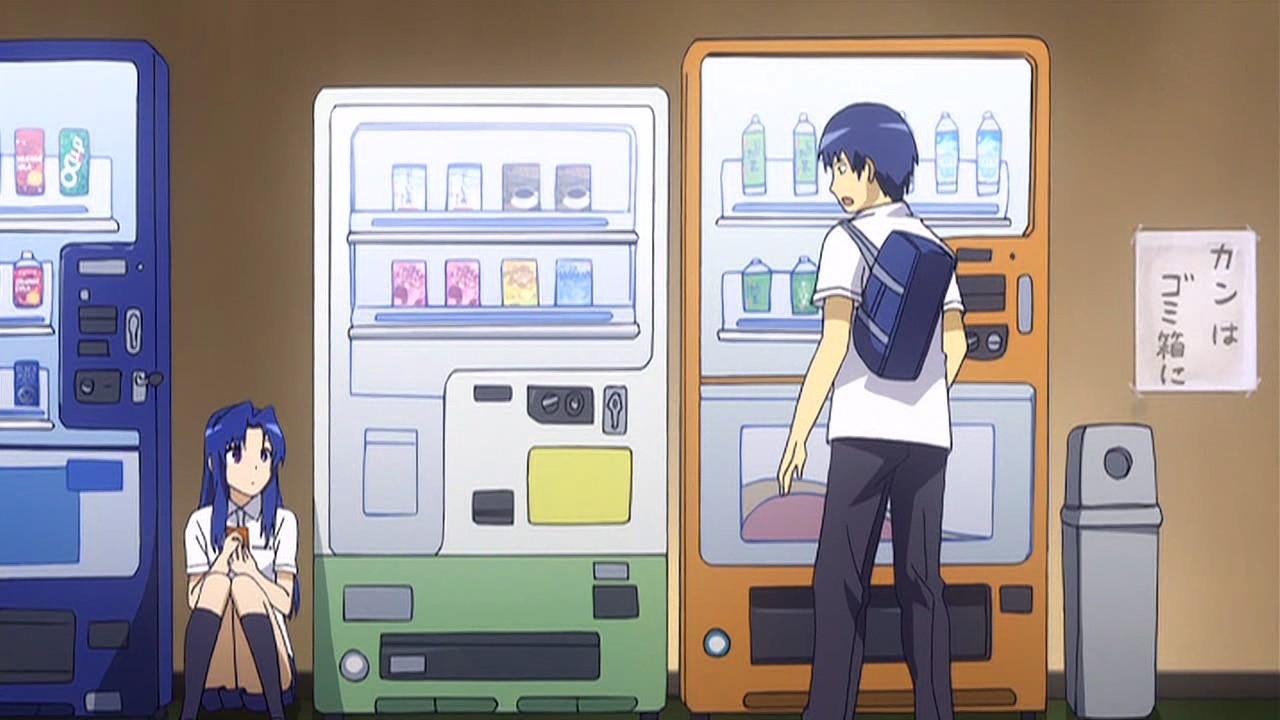 In Toradora!, vending machines are a way of life!