This is the best time of year to be a baseball fan, whether you watch anime or not. But if you do, Diamond no Ace is doing its best to make the fall even better. 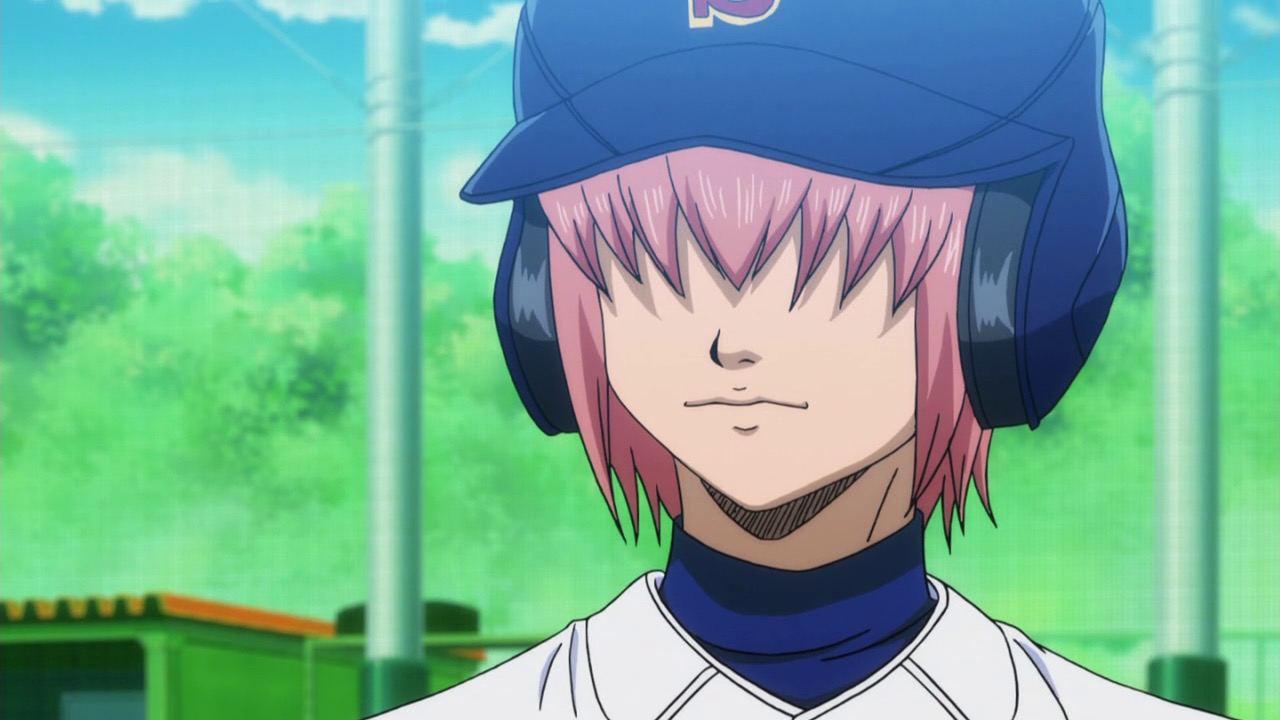 It's a pretty exciting time of year to be a baseball fan－especially a Cubs fan. You hear about "the agony and ecstasy" but for us, it's pretty much been all agony. One hundred and seven years and counting without a World Series title, 70 years running without even getting there. And the last couple of decades have been long stretches of mediocrity (or awfulness) interspersed with a couple of heartbreaking near-misses. 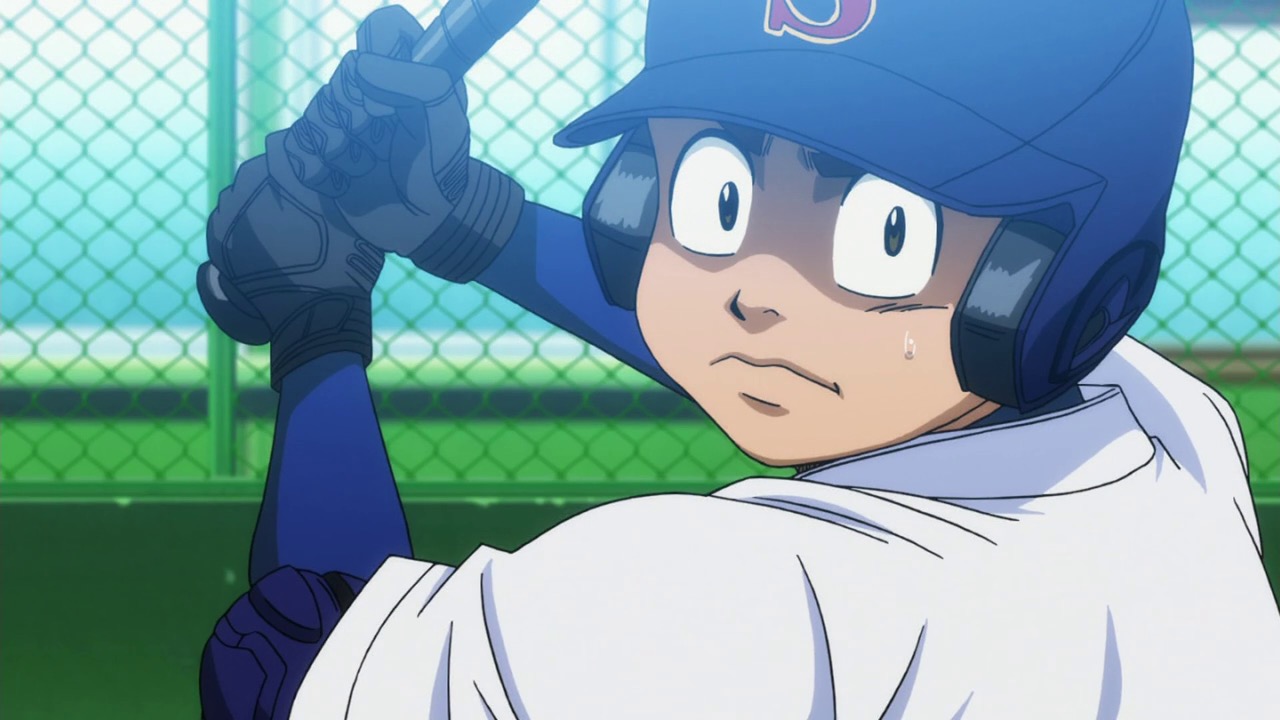 That makes this a pretty special year, because not only are the Cubs in the postseason with their army of kids, but they're playing our arch-rivals, the Cardinals. So you'll forgive me if the fall baseball tournament I think of first is the one going on in America, and I'd already watched a pretty thrilling baseball game before this episode of Diamond no Ace even started. 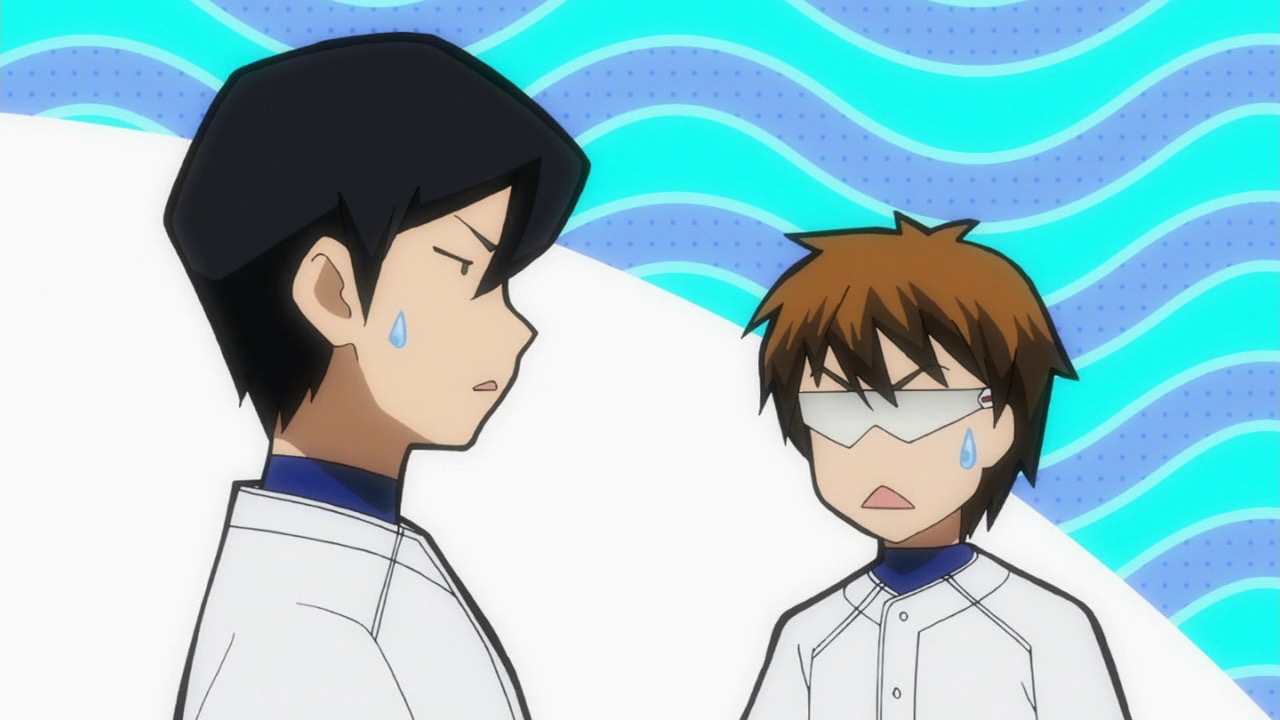 Still, Daiya no A is providing plenty of good baseball drama－both on and off the field－in its own right. This arc continues to be a fascinating chess match - between Ochiai and Kataoka, between both of them and the players. Calling this intra-squad game and putting Ochiai in charge of the A-team was a fascinating ploy by Kataoka, and his reasons aren't fully clear yet－but if he was setting Ochiai up to fail I'm not so sure it's going to work. Ochiai is calculating and cold, but he's clever too－and he has a firm grasp of both baseball and the ballplayer's psyche. 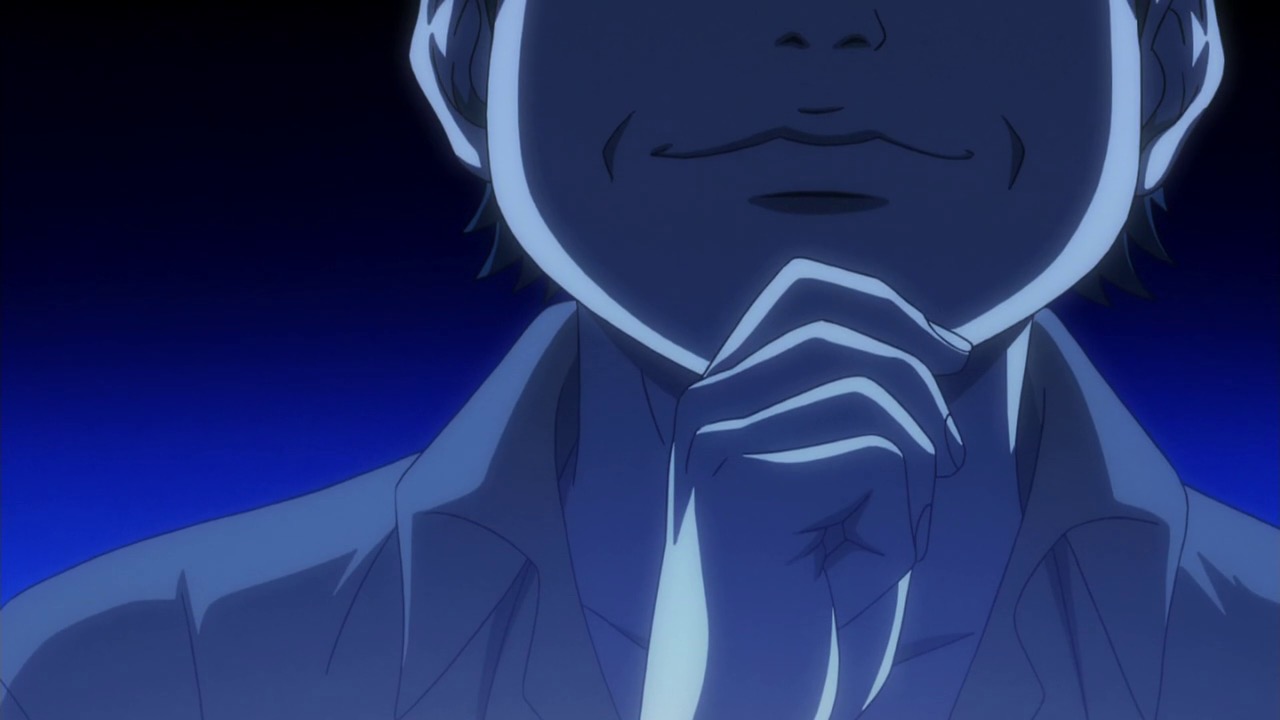 Ochiai continues to tinker relentlessly. He finally gets Haruichi to use a metal bat because he's in a position to give him a direct order. He tells Kuramochi to abandon switch-hitting and concentrate on the left side. It's harsh stuff, but the truth is that a metal bat is a huge advantage, and it's arguably indefensible not to take advantage of what the rules give you. And for someone whose main attribute is speed, being closer to first base does make a certain sense. Ochiai's calculus is a harsh one, but it's grounded in solid baseball precedent. The issue is: does he do too little to take the human element into consideration? 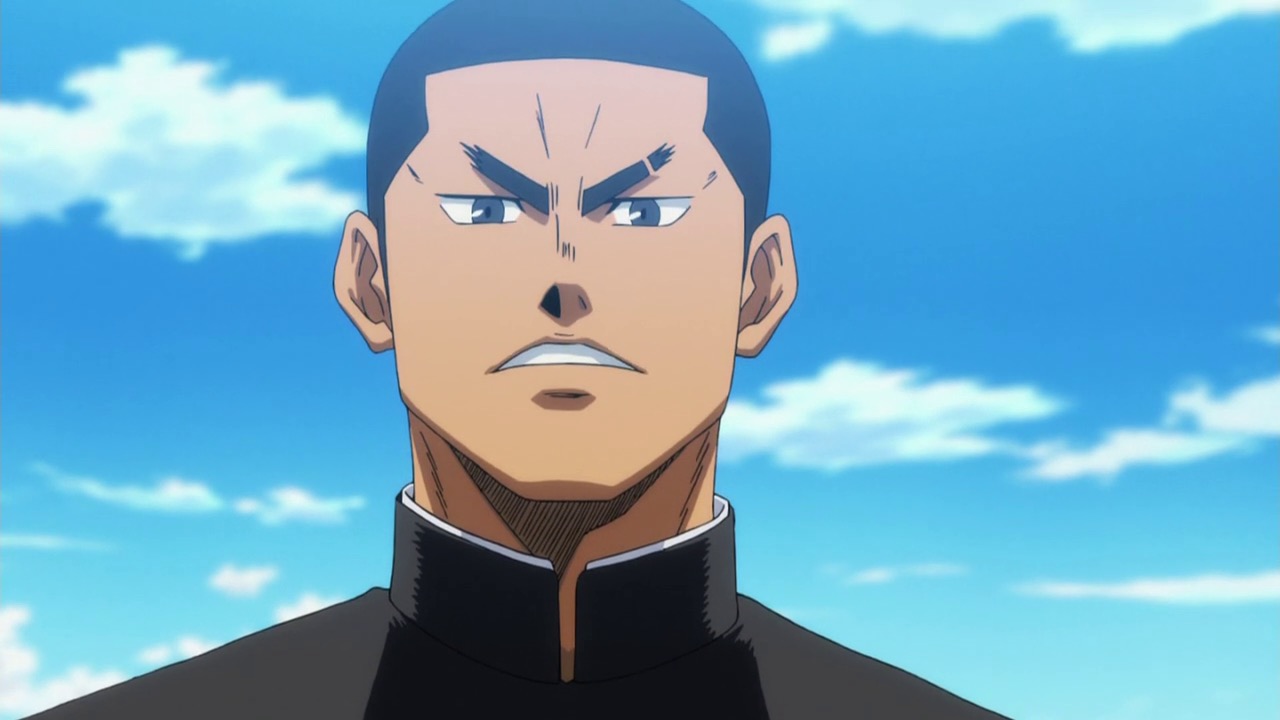 Ochiai would have been happy to have Furuya test his slider in the semi-final and get lit up, because he sees the fall tournament as a setup for the next year. But if Kataoka's goal was in part to force Furuya to realize this was going to be harder than he thought in a practice game, it seems to be working. Eijun gets off to the better start, but once Furuya abandons the slider to rely on pure power (after giving up a first-inning run) he begins to dominate. 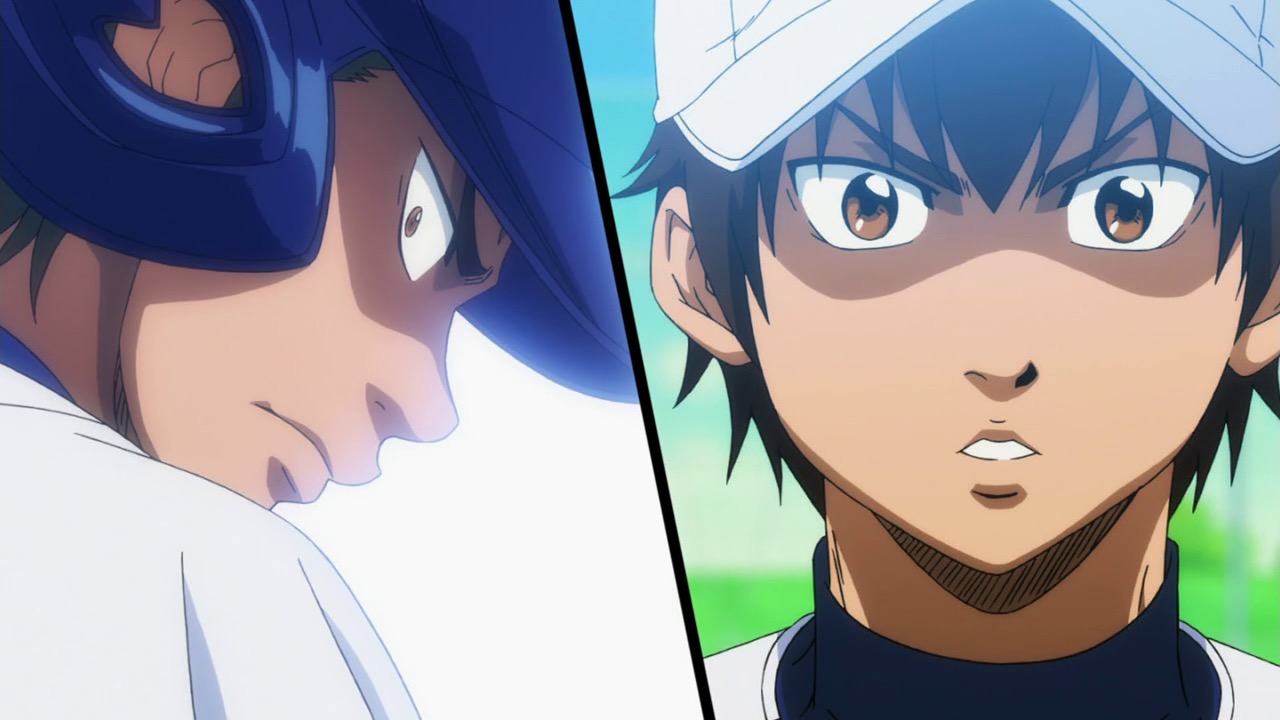 As for Eijun, he has much the tougher job here－he's the one who has to face the better offense, and he's throwing to a catcher who doesn't have Miyuki's game-management skills. A draw here would be a win for him, in truth. In the first battle between these two as pitcher and hitter, Eijun does better than a draw－he gets Furuya on an easy tapper, but has his best at-bat of the series (apart from bunting) in smoking a liner off Furuya that only a great stab by Haruichi prevents from being a hit. 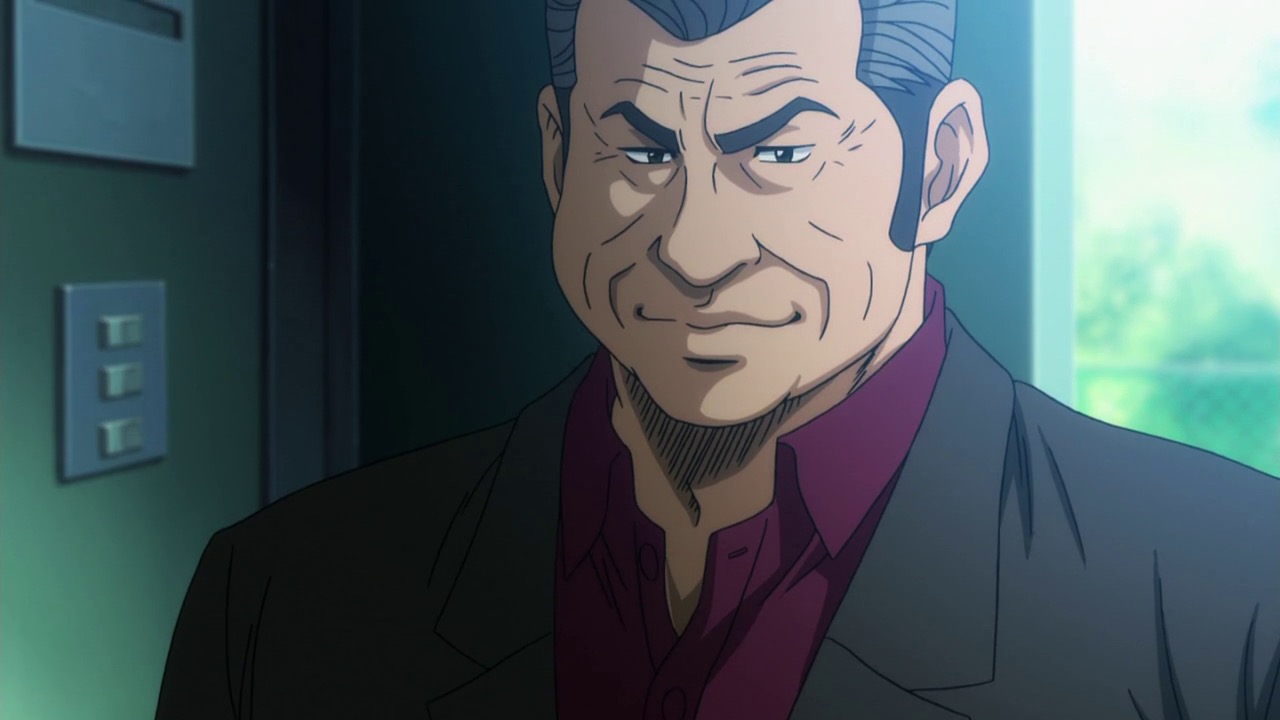 In what's perhaps a good sign for the long-term future of the adaptation, we're introduced to two new characters here. One is what appears to be the ex-coach of Seidou, Sakaki (Nakata Jouji no less), and the other is Yuuki's younger brother Masashi (18 year-old seiyuu Takeuchi Shunsuke). What role Sakaki will play is hard to judge, but it seems that Masashi is a middle-school who dreams of going pro, and wants to know if Seidou can get him there. It's a safe bet we'll be seeing more of him.