It's a Dog-Eat-Dog World: Cannibalism in Tokyo Ghoul

In Tokyo Ghoul, ghouls are human-like creatures that must eat human flesh to survive. The protagonist, Ken Kaneki, finds himself in the tragic situation of becoming half-ghoul himself. How does he reconcile both sides of his nature and what role does cannibalism play in that inner battle?

In the world of Tokyo Ghoul, the city of Tokyo is divided between the visible society of humans and the underground society of ghouls. Ghouls are creatures that look like humans but are in fact monsters that need to eat human flesh to survive. Despite ghouls existing in an underground society, humans are aware of them and have developed countermeasures in the form of a task force charged with tracking them down and eradicating them. 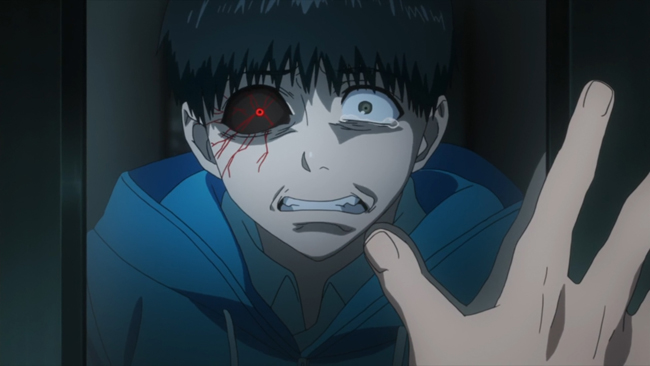 The black and white duality of ghoul and human isn't so clear-cut in Tokyo Ghoul, however. It would be easy to say ghouls are evil and humans are good, but that's not the case at all. Some humans are cruel in their quest to destroy ghouls, and some ghouls just want to live a peaceful, happy life. This struggle between good and evil, human and ghoul, is embodied by the main character, Ken Kaneki, who finds himself transformed from a regular human college student to a half-ghoul that must join ghoul society in order to survive. Ken wants to do everything to retain his humanity but how can he if he must consume human flesh to survive?

Ghouls aren't like humans. While humans can give up meat and become vegetarians, ghouls cannot give up human meat. Their bodies are literally incapable of digesting human food. In fact, it tastes disgusting to them. One of the most difficult things for Ken to grow accustomed to is how his sense of taste changes after becoming a half-ghoul. Food that he once loved tastes disgusting and he becomes unable to eat it without throwing everything back up.

This dependence on human flesh is a ghoul's biggest weakness. Not because it limits what they can eat, but it also affects their ability to assimilate into human society. After all, the best strategy to escape notice is to hide within plain sight. One of the first things a ghoul must learn is to eat human food and keep it down long enough to fool people into believing they're human, too.

For Ken, though, hunting down humans and killing them for food is too traumatic. He began his life as a human. How can he turn around and start eating them? That would make him a murderer. That would turn him into a cannibal. To him, refusing to hunt down and kill humans is how he holds onto his humanity. 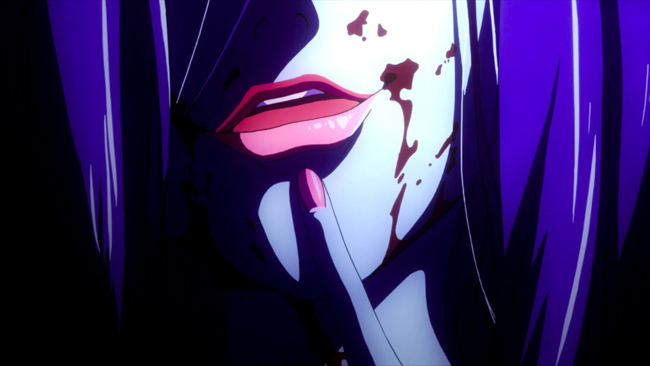 It doesn't help that he encounters ghouls that reinforce his beliefs. Rize, the ghoul whose transplanted organs transformed him into a half-ghoul, was a binge eater. Ghouls typically only need to eat one human every month or so for sustenance. Rize was eating multiple people a week, let alone a month. This made her a threat not only to humans but to other ghouls, because she attracted unwanted attention by her activities. There is also Tsukiyama Shuu, who is the opposite of Rize. Rather than eating everything in sight, Tsukiyama is picky about the flesh he consumes. A self-avowed gourmet, he seeks out the best flavors to satisfy his palate. But does his attacking a woman for her "delicious" eyes make him any less of a monster than Rize, even though he left his victim alive?

Cannibalism as a Form of Power

Ghouls generally find the taste of ghoul flesh disgusting. The only exception to this are half-ghouls like Ken, because their unusual flavor appeals to gourmet eaters like Tsukiyama. Is this culinary aversion ironic or a natural defense mechanism?

As with any other species, ghouls vary in strength and power. Ken is initially considered weak while Rize is considered ridiculously strong. But there is one way for ghouls to gain power. 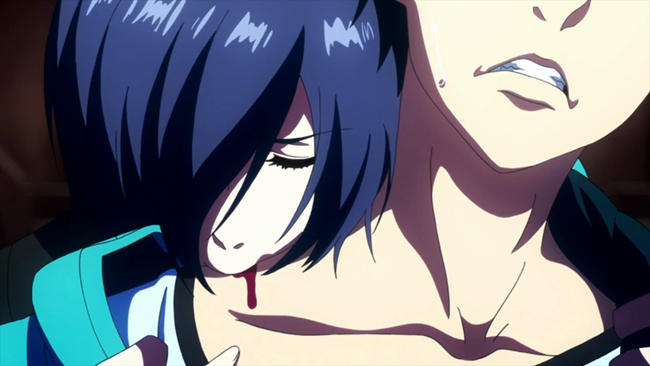 Ghouls who eat other ghouls gain strength. We first see this when Touka bites Ken during their confrontation with Tsukiyama and we later see it when Ken escapes from his captivity by Aogiri Tree. The amount of strength seems to depend on the amount of ghoul flesh consumed, however. Touka's mouthful of flesh lends her a power boost whereas Ken ends up significantly stronger with new supernatural abilities.

But if eating other ghouls results in increased power, why don't all ghouls do it? After all, there's no end to power-hungry individuals who want to rule over everyone, human or ghoul. Eating their enemies seems like the fastest way to gain that power. 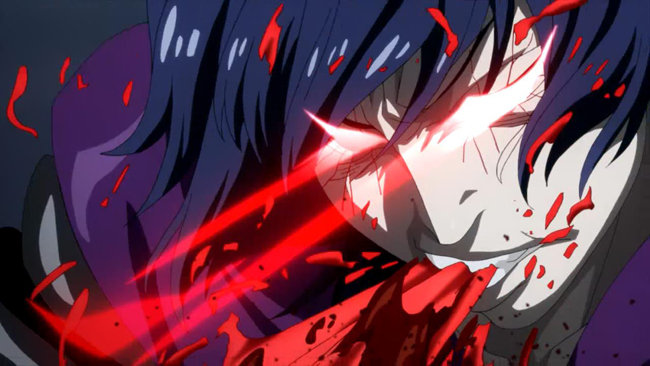 The reason is simple. Consuming ghoul flesh may lead to increased strength and supernatural abilities, but it can also cause mental instability. Ghoul flesh isn't exactly like human flesh, and events in Tokyo Ghoul hint that ghoul consciousness can be retained in the cells themselves. For example, Ken sometimes has nightmares or hallucinations where Rize talks to him, tempting him to give into his base, murderous instincts. It's not like her brain was among the organs transplanted into him, so what other explanation is there?

Cannibalism from Both Sides

For Ken, who is both human and ghoul, there is no neutral ground. If he eats humans, that is cannibalism. If he eats ghouls, that is also cannibalism. It doesn't matter if one is necessary to survive or if the other is the only way to protect those dearest to him. They are vehicles of the monstrous and of gaining power. And Ken, who is literally torn apart by this inner struggle between human and ghoul, must find a way to navigate both sides if he is to live in this dark, horrifying world.