5 Places in Tokyo Ghoul You Can Visit in Real Life

The setting in Tokyo Ghoul is based on the wards in real-life Tokyo. You won’t find the exact buildings and organisations in the manga and anime here, but it’s still possible to walk around in the footsteps of your favourite characters, without the risk of being preyed upon and consumed by ghouls! 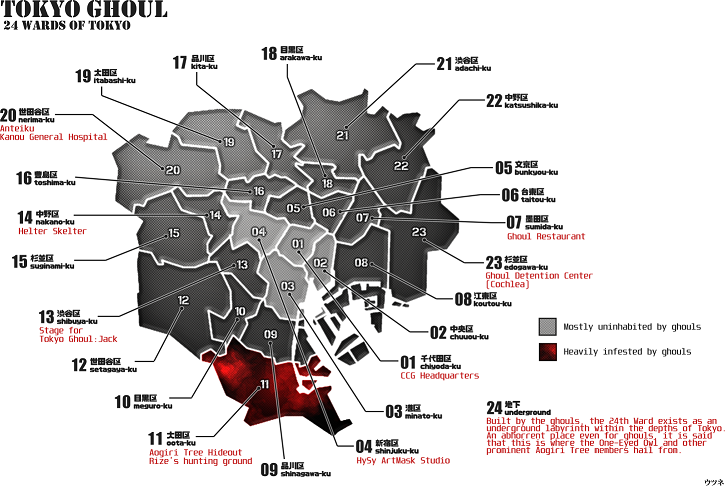 The centre of Tokyo that notably houses the Imperial Palace and several government offices. This is a befitting location for the CCG. An area known for its nightlife and shopping, I wouldn't be surprised to find a store similar to the HySy ArtMask Studio here. Instead of being the main attraction at a Ghoul Restaurant, why not watch some sumo wrestling at the Ryogoku sumo hall. This ward has one of the largest populations out of the 23 wards in Tokyo and is home to Haneda airport. No wonder it's infested with ghouls. Luckily in real life you won't be finding any Rizes hunting around here!