"As long as you bear the brand, your anger, your sadness, your pain, and even your fear; everything is ours!" - Demon sent by God Hand 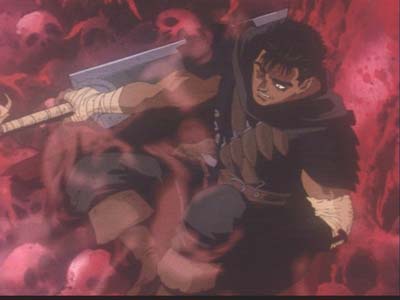 "Judging by the way you fight, it seems you value victory more than your own life." - Griffith 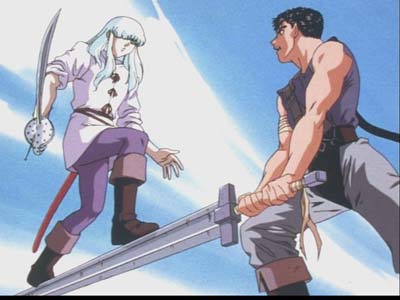 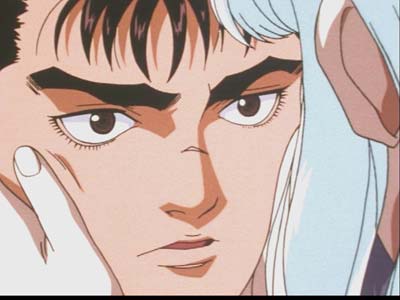 "Everyone, a toast to our brash new friend!" - Judeau 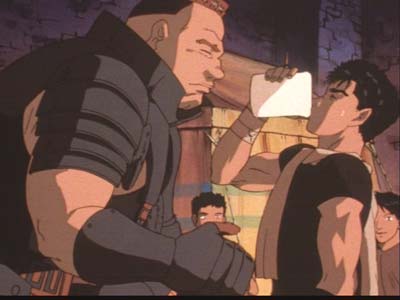 "It's a Behelit. She called it the Egg of the King. For once you possess this, you are destined to rule the world in exchange for your flesh and blood." - Griffith 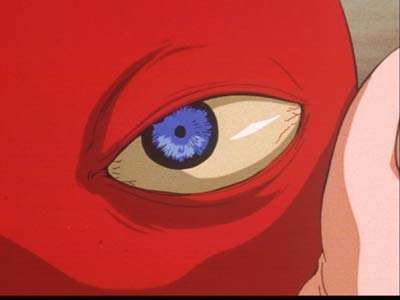 "Where am I going? If I just collapsed back there I would be better off. If I were dead back there, there would be nothing. Now there's only bad." - Guts 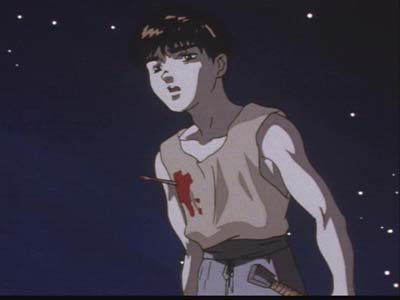 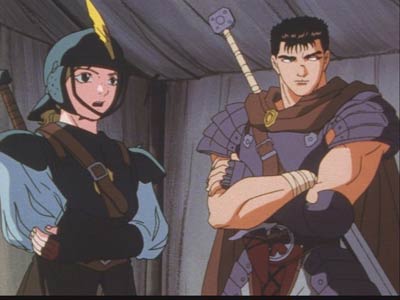 "At last, it's goodbye to the humble mercenary life. We've been formally admitted into the King's army." - Corkus 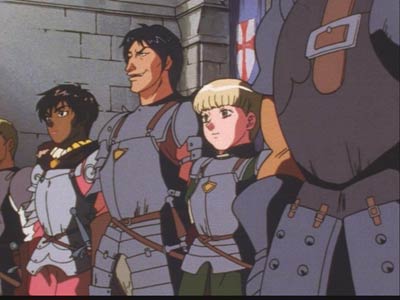 "If you think this man your friend, then know this. When you regard one another as brother and this man's ambition crumbles, it is your destiny to face your death. You cannot escape your fate!" - Nosferatu Zodd 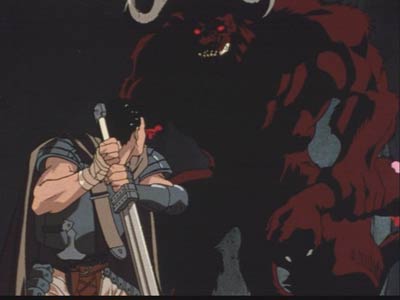 "I don't know if this is the answer I've been looking for all my life, but for now I swear my life and my sword to him." - Guts 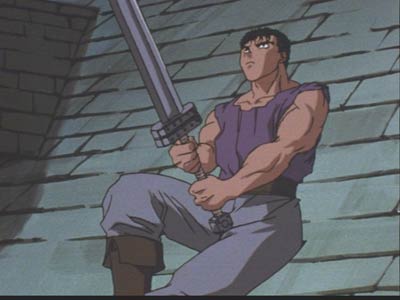 "Dreams breathe life into men and can cage them in suffering. Men live and die by their dreams but long after they're abandoned, they still smolder deep in men's hearts." - Griffith 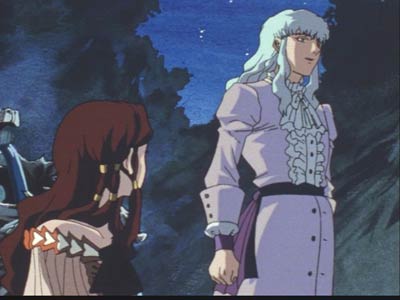 "For me to call a man my friend, he must be equal to me in all respects." - Griffith 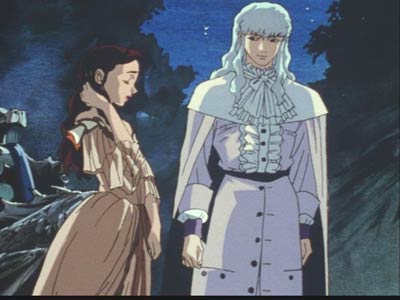 "I don't want to die. For me, that is the only reason to keep fighting. There is nothing to save myself for or give myself to. I fight because I know nothing else." - Guts 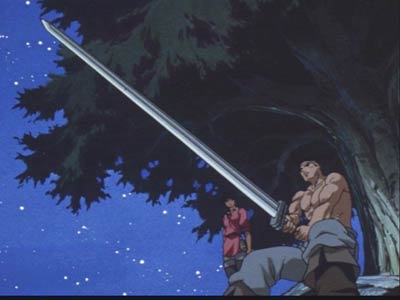 "You're turning your back on the Hawks." - Guts 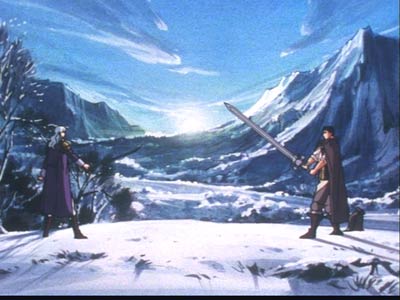 "This sword is the proof that I have lived." - Guts 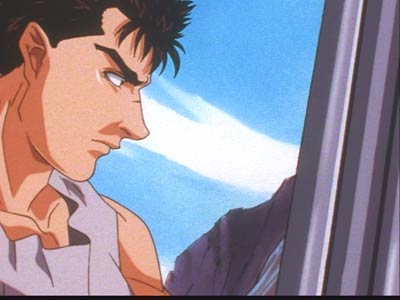 "When a man aspires to greatness, he must also bear a great burden." - Casca 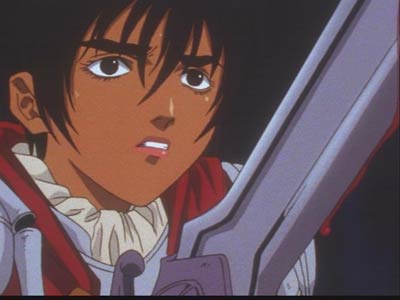 "I will never draw my sword for another man again, or be dangled by another man's dream. From now on, I will fight my own battles." - Guts 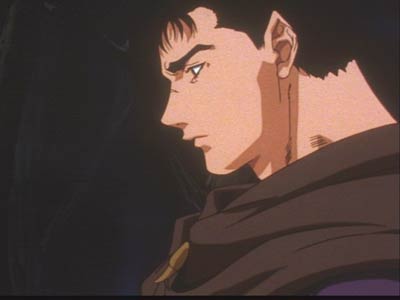 "I only know one thing, that I want to keep holding you." - Guts 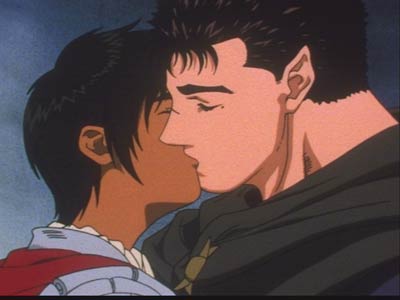 "Everyone is weak. That's why we cling to one another, to our dreams." - Casca 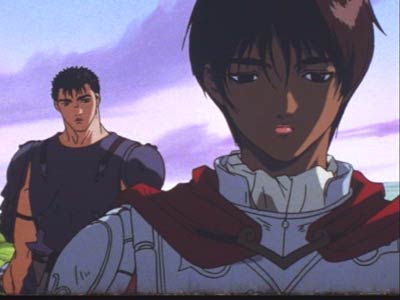 "Perhaps, this is what I was looking for my whole life. I didn't realize it until this very moment, but everything I wanted back then is right here before me now. Why don't I ever realize what I have until it's lost to me?" - Guts 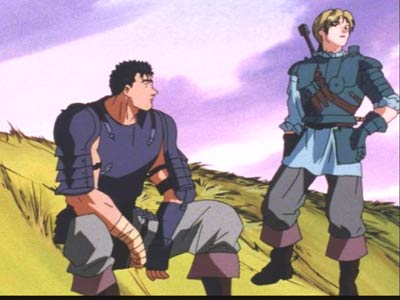 The story of the Band of the Hawk rising through Midland's ranks and encountering supernatural forces along the way is one of the most memorable and notorious anime titles of all time. Despite the heavy use of violence and graphic content, these quotes tell us what Berserk is really about. The series explores the concepts of strength, companionship, individualism, and fate.