Gang warfare is heating up in Durarara!!x2 Ten as friends becomes foes. Meanwhile Mikado continues to become a far more interesting character than he ever was and Scarface McWalkingstick makes a surprising power move. 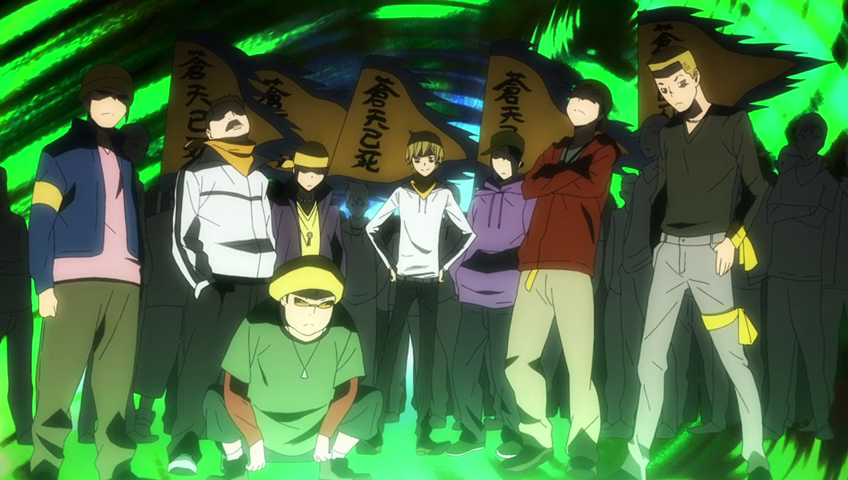 I've said in past Durarara episodes I haven't been terribly keen on the gang warfare material as it seems so minor and inconsequential compared to the more supernatural elements the show contains. This latest arc involving the Yellow Scarves teaming up to try to take out the Dollars would normally be a sign for me to start sighing in resignation. That hasn't been the case though. I'm genuinely getting into this new arc (once I remember all the characters' names that is) and there are a couple of reasons for that. A big one is the change in Mikado's personality has made him a far more interesting person to place at the centre of this story. His weird obliviousness to how drastic his change in character has become adds to his new personality. The fact that he's still a bit useless, being routinely chucked into the back of the van by his colleagues after he loses in another fight, shows that the boring teenager part of him still exists, which makes for an interesting contrast. 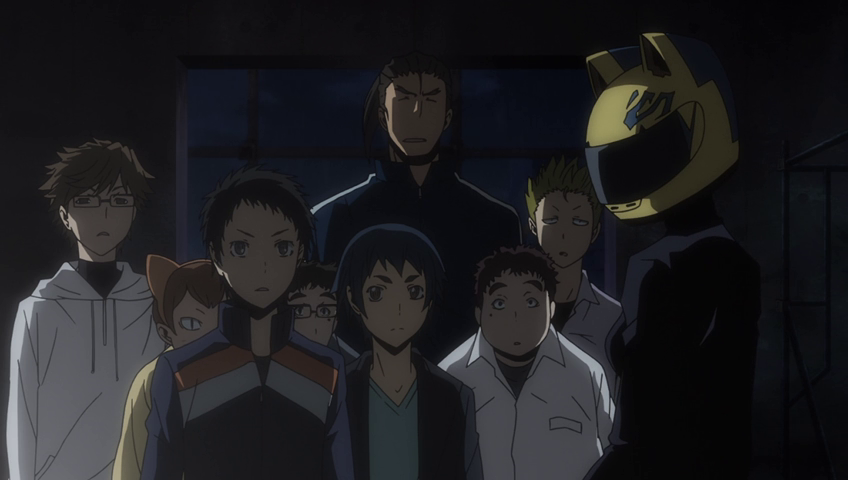 The Dollars feel more dangerous for once and not like a bunch of kids scribbling graffiti on walls, or as the case was last season, cleaning the graffiti off walls. It's because the more dangerous players are paying more of a interest this time too. In particular, having the yakuza researching this anonymous image board makes it feel more real. I did quite like the scene of the panicking reporter turning to the yakuza for information on his missing daughter. It felt like how a real conversation with a yakuza member would go. The chummy way of speaking he had, intended to disarm the person giving the information, while still retaining the feeling of danger in the room, worked really well. Particularly the way he offered his services for free, saying that when they needed a favour they would ask the reporter for assistance. There's an ominous line if there ever was one. 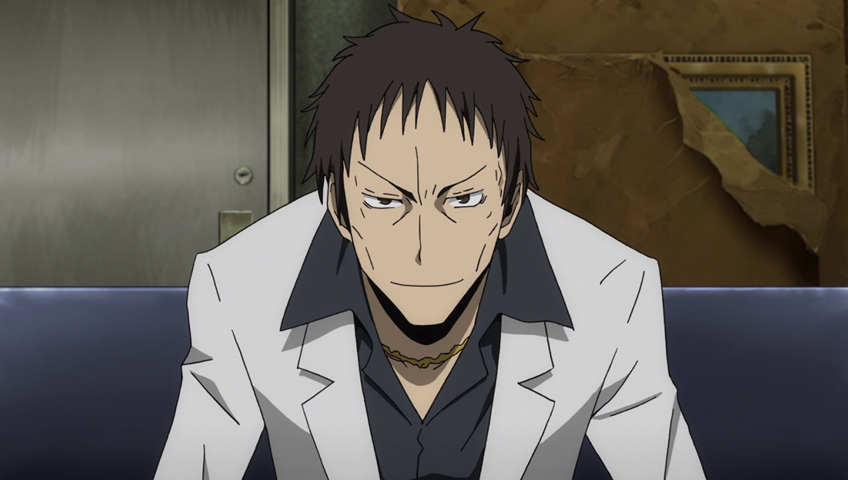 What helps is I really like Scarface McWalkingstick. The new characters have in general been an entertaining bunch. There was the Pickup Artist, fedora-wearing biker gang leader from the first arc whose "I'll treat ladies right" shtick felt so eerily reminiscent of the creeps who hung around the bar at nightclubs where I went to university. Varona's amusing double act with the man who really needed to be introduced to Wikipedia to answer all his pertinent life questions was entertaining while it lasted, and adding her as a third wheel to Shizuo and Tom's debt-collecting ring hasn't diminished her charm. Akane is cute as hell with her stun gun and attempting to learn kung fu. Aoba is... well actually I don't like Aoba very much, since he seems like an attempt to make a younger Izaya. We already have Izaya and I didn't feel we needed another nefarious jerk. 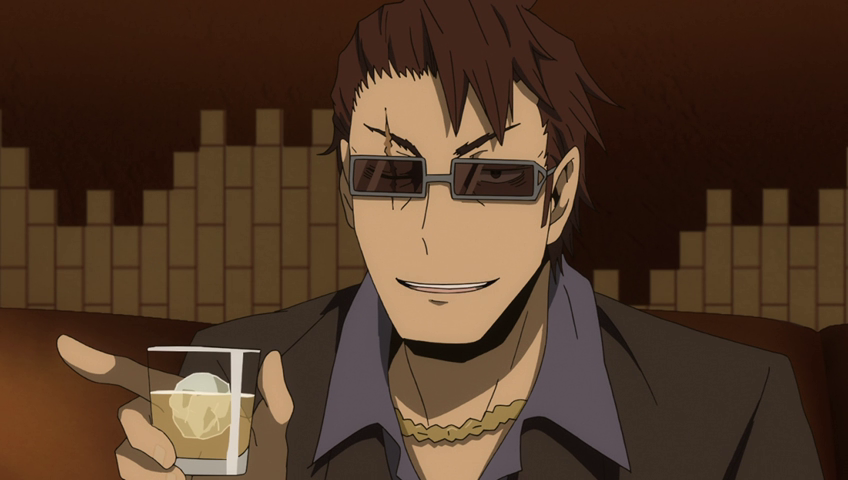 However my secret favourite new character is Akabayashi. There's a very clever juxtaposition between the obvious danger he exudes and his disarming appearance with his walking cane. He's friendly and not villainous, but also clearly the person you want on your side rather than against you. He's got the friendly low growl of a grandfather who is a retired soldier and is now teaching you how to fish. It's why Akane gravitated towards the man when she needed someone to help her. I'm delighted by the reveal at the end of the episode that the guy plans to become the new face of the Dollars movement. Or at least share it with Celty, which is pretty ironic really. A member of the yakuza, traditionally an organisation that operates in the shadows and doesn't want a public face, teams up with a character who literally has no face.